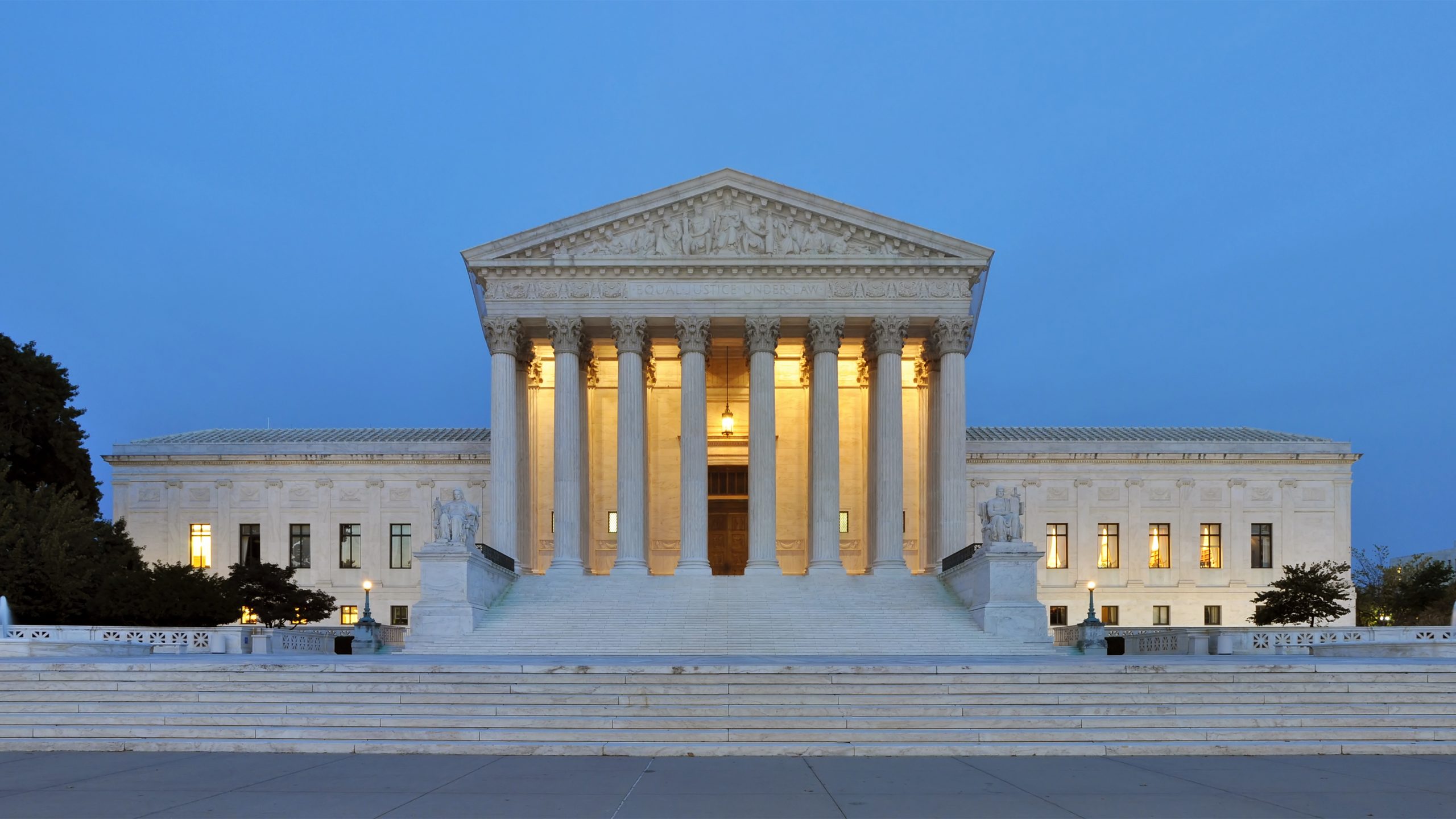 The Supreme Court of the United States (Photo: Joe Ravi)

Last week, the people of the United States took to the streets after a Supreme Court draft decision was leaked to the press which indicated abortion rights could be overturned for millions of women. The responses of US government officials to the leak, has largely been focused on defending the integrity of the political establishment rather than outrage at the proposed elimination of the rights of masses of people.

On May 9, following protests held directly outside of the homes of Supreme Court Justices Brett Kavanaugh and John Roberts, and the vandalism of an anti-abortion group’s headquarters (origin of the attack is unknown), the White House Press Secretary released a condemnatory statement.

Press Secretary Jen Psaki tweeted: “[The President of the United States] strongly believes in the Constitutional right to protest. But that should never include violence, threats, or vandalism. Judges perform an incredibly important function in our society, and they must be able to do their jobs without concern for their personal safety.”

The protests outside of the judge’s homes were entirely non-violent and within the parameters of legal protest in the United States. The offices of Wisconsin Family Action, an anti-abortion group, were burned and spray-painted on May 8, but no individuals sustained injuries. While the words ““If abortions aren’t safe then you aren’t either” were spray-painted on the side of the building, there is no evidence tying the attack to any abortion rights group or individual.

However, there is ample precedent for violent attacks by anti-abortion groups and individuals against abortion clinics and providers. Doctors such as the late Dr. George Tiller are honored within the abortion rights movement for fearlessly providing abortions in the face of right-wing attacks. Tiller was vilified by mainstream conservative political commentator Bill O’Reilly, who dubbed him “Tiller the Baby Killer,” accusing him of providing abortions to women who were feeling “a bit blue.” Tiller’s clinic was firebombed and Tiller himself was shot five times by an anti-abortion extremist, before finally being assassinated in 2009 by another anti-abortion extremist.

President Biden himself released a short statement the day after the leak. While he affirmed that he believes “a woman’s right to choose is fundamental”, his call to action was viewed as ineffectual by many when he said, “it will fall on voters to elect pro-choice officials this November.” The Democratic Party, the majority of which supports the right to abortion, recently failed to pass the Women’s Health Protection Act despite holding a majority in Congress. The Women’s Health Protection Act would have enshrined abortion rights for all women, regardless of the whims of the nine unelected Supreme Court justices.

Women around the country are especially worried about legislation as Republican Senate Majority Leader Mitch McConnell recently implied that a nationwide abortion ban is possible if the draft decision becomes final.

Chief Justice John Roberts responded to the leak one day later on Tuesday, May 3rd. He reacted strongly against the leak itself, and refrained from commenting about the content of the decision. “This was a singular and egregious breach of that trust that is an affront to the Court and the community of public servants who work here,” Roberts stated. He noted that he had directed the Marshal of the Court to launch an investigation into the origin of the leak.

Justice Clarence Thomas, one of the most conservative justices in the entire Supreme Court, condemned the protests against the decision. “We are becoming addicted to wanting particular outcomes, not living with the outcomes we don’t like,” Thomas said. ““We can’t be an institution that can be bullied into giving you just the outcomes you want. The events from earlier this week [referring to the leak and the protests] are a symptom of that.” Many have pointed out the hypocrisy in his statement given that Thomas has come under increased scrutiny by the US public since it was discovered that his wife, Ginni Thomas, had advocated for overturning the results of the 2020 election in former president Donald Trump’s favor.

Some activists believe that the Supreme Court does in fact have a historical precedent of being swayed by popular movement. The historic ruling of Brown v. Board of Education, which rendered the apartheid-like conditions of segregation illegal in public schools, was decided at an all-time high of organizing in the Civil Rights movement. As abortion rights activist Karina Garcia described in a recent interview.

“The myth is that the Supreme Court is this higher, almost holy body, that is only moved by arguments and whatever is written on paper. That’s just ahistorical. The Supreme Court is highly political. They’re highly affected by social movements, the things that are happening in society, over and above everything else: their function is to provide stability for the capitalist system.” 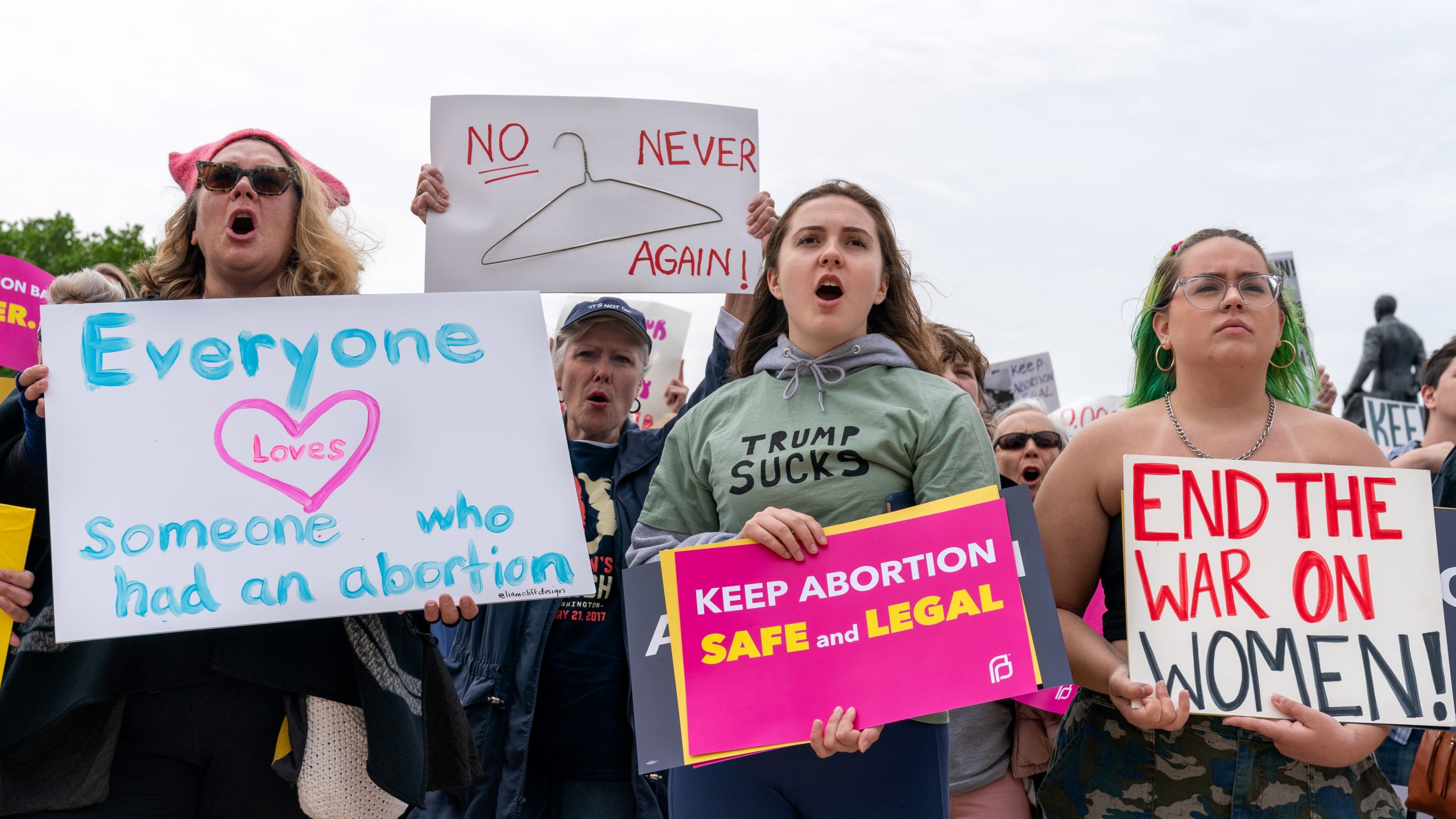