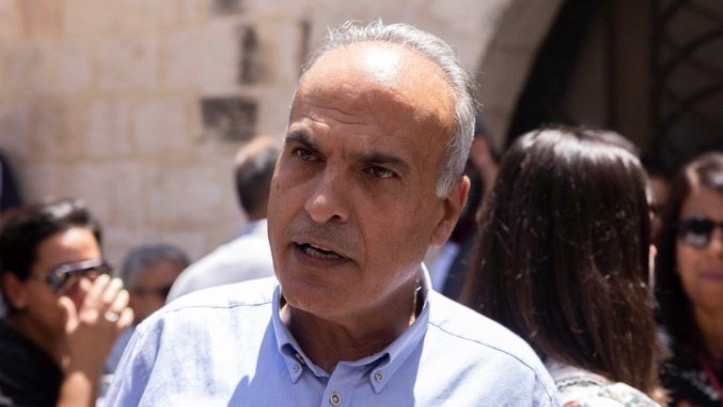 According to DCIP’s Twitter post, Quzmar was detained by Israeli security agency Shin Bet on Sunday and taken to the Ofer military base near Ramallah. He was not allowed any legal counsel and released after a few hours.

Earlier in the day, Jabarin, the head of Al-Haq, also complained that he had received a threat call from an Israeli intelligence agent who called him for interrogation at the Ofer base. The caller threatened Jabarin with imprisonment and accused him of being a member of the Popular Front for the Liberation of Palestine (PFLP), also asking him to stop his activities.

🚨Breaking: Al-Haq’s G.D., Shawan Jabarin received a threatening call this morning from a person claiming to be from the (Shabak), requesting Shawan for interrogation & making threats of imprisonment & other measures if Al-Haq continues its work. We urge for immediate protection. pic.twitter.com/e2K5QjbhCa

The Israeli forces had raided and ransacked the offices of seven Palestinian human rights organizations on August 18 in Ramallah and al-Bireh in the occupied West Bank. The occupation forces targeted the offices of DCIP, Addameer Prisoner Support and Human Rights Organisation, Bisan Centre for Research and Development, Union of Agricultural Works Committee, Al-Haq, and Union of Palestinian Women Committees. These organizations were designated as “terrorist” and “unlawful organizations” under Israeli military law in November 2021.

The occupation forces also raided the office of the Health Workers’ Committees.

According to Al-Haq, the Israeli occupation forces seized private property and information from three of these organizations and sealed their premises.

Israeli authorities have claimed that these organizations have been affiliated to the PFLP, and accused them of running recruiting centers for the banned organization.

However, the Palestinian groups have refuted these allegations and pointed out that Israel has failed to produce any evidence to corroborate its claims even after years. The work of these organizations has been hailed by the international community, with a large number of European countries funding their activities. An investigation carried out by several media organizations in 2021 points towards a conspiracy by Israeli agencies to shut down these organizations.

In response to the detention and threats against Quzmar and Jabarin, Al-Haq issued a statement demanding immediate intervention from the UN Special Procedures and the international community to “take targeted and effective action to protect them.”

Al-Haq stated that Palestinian civil society groups and human rights defender are now “facing existential threats, including arbitrary arrests and imprisonment, show trials on secret evidence,” along with a “risk to financial and banking assets of the organizations, and closure and prevention of critical human rights work in the occupied Palestinian territories.”