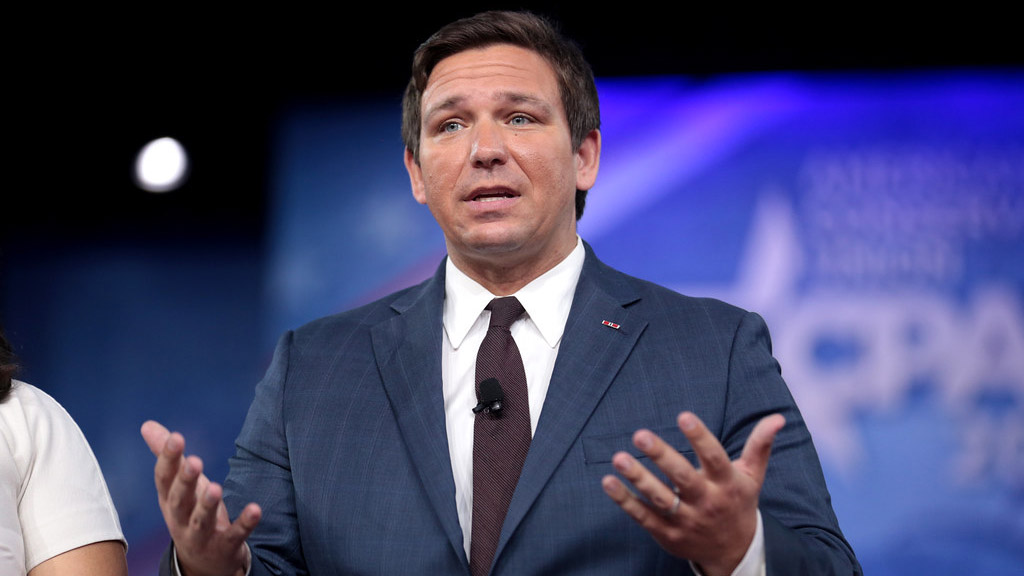 A police body camera video has been widely circulated through US social media, depicting the incredulous reactions of two Black Floridians who are told they are under arrest for voting.

The video was recorded over two months ago on August 18, the same day that ultra-conservative Florida governor Ron DeSantis announced Florida’s newly-created Office of Election Crimes and Security had arrested 20 people for alleged voter fraud. The body camera footage from those arrests was published on October 18 after a public records request by the Tampa Bay Times. Out of the 19 people that the Tampa Bay Times was able to confirm were arrested, 12 were registered with the Democratic Party and at least 13 were Black.

“It’s laughable to say that we live in a democracy while people are getting arrested just for voting,” organizer Karla Correa, with the St. Petersburg Tenants Union, told Peoples Dispatch.

How can voting be illegal in a democracy?

In the body camera footage, Floridians react with shock as they are told that they have “illegally voted.” “What is wrong with this State, man?” asks Tony Patterson, who is told that he has a $1,000 bond for “voter stuff,” in the words of Florida police. “Oh my God,” repeats 55-year-old Ramona Oliver, as officers place her in handcuffs for alleged illegal voting.

How can voting be illegal? In almost all states in the US, voting rights of current or former prisoners are restricted in some way. Due to this patchwork of legislation that varies significantly from state to state, 5.2 million are prohibited from voting in the US as of 2020. These restrictions apply disproportionately to Black people, who make up 38.4% of the current prison population despite being only 13.6% of the general US population.

Florida is one of the strictest States in terms of allowing former prisoners to vote. However, Amendment 4 to the Florida constitution, won by a popular vote in 2018 with nearly 65% voting in favor, restored voting rights to 1.4 million Floridians convicted of felony offenses. The law automatically restored the voting rights of former felony prisoners, with one caveat: it did not apply to those convicted of sexual or murder-related charges.

The 20 who were arrested (the Tampa Bay Times was able to identify 19) allegedly fall into this category. These former prisoners had allegedly voted in the 2020 elections without being legally allowed to because of sexual or murder-related felony convictions.

A “nightmare” of a law

Many argue that this addendum to Amendment 4 is confusing, especially as it seems that the onus is entirely on the individual voter to find out whether or not they can legally vote. One of the arrestees in the footage, Nathan Hart, fervently explained that a Florida government employee at the “driver’s license place” had encouraged him to sign up to vote. “Then there’s your defense,” replied an officer, who continued to arrest Hart.

The state’s voter registration forms do not clarify which former prisoners are eligible to vote, and which are not. And there is no easy way for Floridians to find out whether or not they can vote.

Beyond those restrictions, Republican lawmakers have tried their best to undermine Amendment 4. Only a year after the amendment passed in a landslide, Republicans in the Florida state legislature enacted Senate bill 7066, which requires anyone convicted of a felony to have paid all outstanding court fines, fees, and restitutions before having their voting rights restored.

U.S. District Judge Robert Hinkle dubbed Amendment 4 “an administrative nightmare” as a result of this bill. Critics argue that this rule is a “poll tax,” essentially requiring former prisoners to pay money in order to vote.

There is also no clear way to even find out if one is eligible to vote under this restriction, as in there is no way for an individual to find out whether they owe money to the courts. Despite this reality, Florida voter registration forms expect former prisoners to know whether they are eligible. Floridians are now required to check a box to affirm that they have the right to vote under Amendment 4. If someone incorrectly checks this box, the penalty is a third-degree felony, carrying up to five years in prison and a $5,000 fine.

“Floridians voted to give ex-felons the right to vote,” said Correa. “And then, a year after, [lawmakers] slapped on what was essentially a poll tax…So it’s a patchwork trying to figure out what you owe, so [the Florida government] could essentially find anything and then arrest you for voting if you’re an ex-felon.”

The term “poll tax” that critics use is significant because it refers to one of many Jim Crow-era laws that were designed to disenfranchise Black voters. After the right to vote was extended to all races through the Fifteenth Amendment to the US Constitution, Southern states enacted several laws to disenfranchise Black voters. Enacting a poll tax was one of the tactics that state governments used, as Black voters were generally of a lower income than white voters and simply could not afford to vote.

For those who were arrested during the blitz on August 18, it seems like the charges most likely will not stand up in court. State law says that Floridians need to “willfully” commit voter fraud in order to be convicted. For at least those arrested on the body camera footage, it appears that they had no idea that they were doing anything illegal when they exercised their democratic right to vote in elections.

Ron DeSantis and the right-wing attack on democracy

“They’re going to pay the price,” said Republican Ron DeSantis on August 18 as he announced the arrests of 20 people for the crime of voting. All the alleged voting crimes were committed in counties that vote primarily with the Democratic Party.

Some claim that the arrests are targeted towards a certain demographic of voters. DeSantis claims this is not the case, stating, “we don’t want to be selective about it.” Four people were arrested for voter fraud in the predominantly Republican area of the Villages. Two were Republicans and two had no party affiliation. DeSantis critics are pointing out that those arrests were followed by little fanfare from the Florida government.

DeSantis’ crackdown comes as right-wing forces across the country are mobilizing to restrict voting rights. While those politicians leading these efforts never explicitly claim that they are attempting to disenfranchise Black voters, the outcomes speak for themselves, especially when analyzing the history of racist voting laws.

After the post-Civil War Reconstruction Era came to a close in the late 19th century, Southern states moved to quickly take away the hard-fought voting rights of Black people. On November 1, 1890, Mississippi adopted a state constitution that included a poll tax and literacy tests as barriers to voting. The law could not have been more targeted—in 1890, six out of every ten Black adults could not read, as compared to around three out of every ten white adults. Nevertheless, a white Mississippi state senator defended the law, saying “I deny that the educational test was intended to exclude Negroes from voting… That more Negroes would be excluded is true… but that is not our fault.”

Some argue that the strategy of the Republicans for the upcoming midterm elections, and for electoral politics in general, is to suppress and restrict the voting rights of those who vote against them. Rather than winning the hearts and minds of new voters, some argue that Republicans understand that the increasingly racially diverse population will shift away from voting conservative—and that in response, the party must move to disenfranchise voters.

“The country has changed. There are too many young people, Black people, Latino people, who won’t vote for Republicans, and they can no longer win national elections,” grassroots abortion rights activist Karina Garcia told Peoples Dispatch. “Remember, Trump had 73 million votes, the highest for a Republican candidate in many years, and he still lost the popular vote by eight million to Biden, of all people.

“They understand this. And so, since they can’t win, as the rules exist, they want to change the rules, radically, before it’s too late.”

An analysis of the anti-voting lawsuits filed by Republicans in recent years is shocking: Republican-adjacent groups have filed more than three times the number of such lawsuits as in 2020, and nearly five times as in 2021. “If the pace simply stays consistent with 2020, we will see another 14 GOP-sponsored lawsuits in advance of the midterm elections this November,” predicts Democracy Docket.

Presidential candidate Donald Trump wants to “lift up” workers. Here’s what he actually did in power 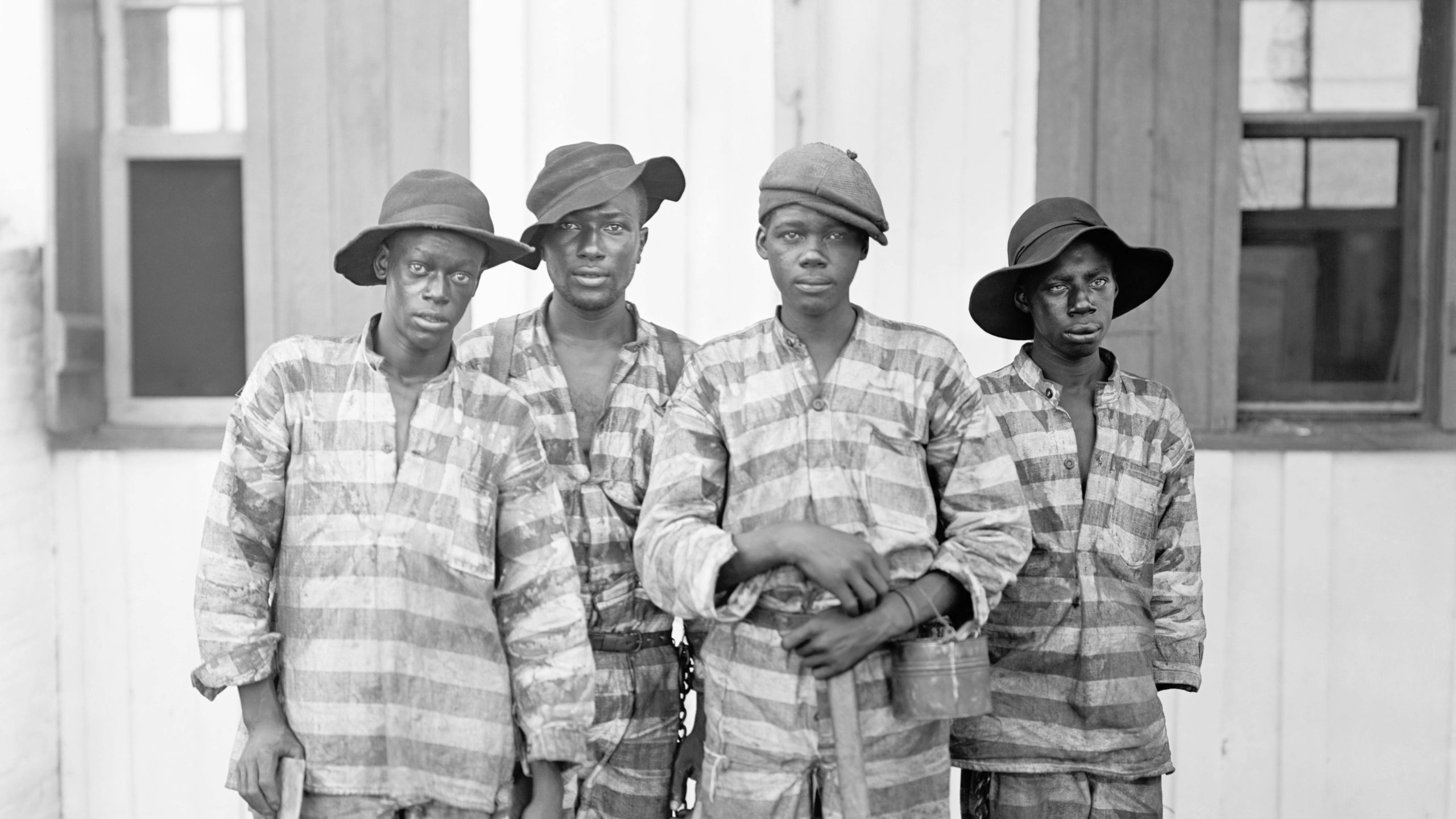 Slavery was on the ballot in the US midterms. Who voted to abolish it?
RECENT ARTICLES