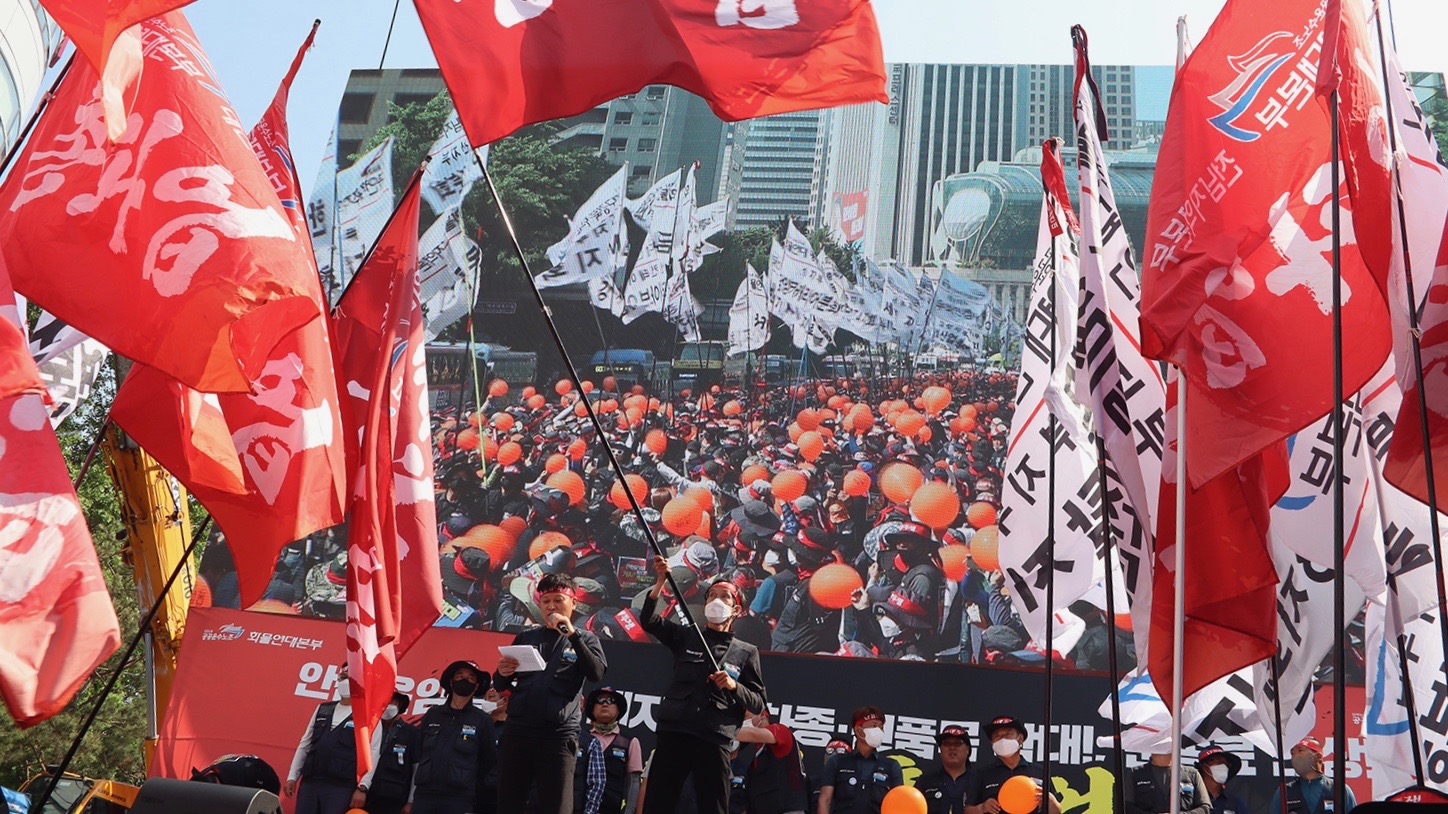 On Saturday, December 3, trade unions in South Korea took out a massive march to the National Assembly in Seoul to protest against strike-busting by the conservative government.

The protest march was organized by the Korean Confederation of Trade Unions (KCTU), one of the largest trade union confederations in the country, to coincide with the completion of 10 days of a nationwide truckers’ strike.

The KCTU protest in Seoul comes at a time when the government of President Yoon Suk-yeol is threatening striking truckers with more back-to-work orders, after imposing them earlier this week. According to reports, the confederation accused the government of oppression and ignoring the plight of the truckers and their financial struggles in the face of spiraling fuel costs.

Over 25,000 truck drivers have been on a prolonged strike since November 23. This is the second such nationwide action by them this year. Strikers have currently targeted a select few domestic sectors such as construction, chemicals, automobiles, and gas supply.

On Tuesday, November 29, the cabinet passed an unprecedented order targeting nearly 2,500 cement truck drivers at more than 200 companies to return to work or face penalties.

The back-to-work order is based on the controversial Trucking Transport Business Act, passed in 2004, that allows the government to order drivers to return to work if the national economy is at risk or during an emergency. The vague ‘emergency’ clause has been subject to criticism for giving broad and undefined powers to the government to break strikes.

Defying the order carries with it huge penalties, ranging from the cancellation of licenses, to hefty fines of up to KRW 30 million (nearly USD 23,000), or even prison sentences of up to three years.

This strike-busting move by the Yoon administration has been the first of its kind in South Korea since the 2004 act was passed. It has been roundly criticized not just by the striking truck drivers but also established trade unions.

The Cargo Truckers Solidarity Union (CTSU), which represents the 25,000 truck drivers currently on strike, called the order “undemocratic and anti-constitutional,” and noted that it only demonstrated the government’s unwillingness to negotiate in good faith.

Condemnation of the government’s move has also come from around the world. In a statement released on December 2, the International Transport Workers’ Federation (ITF) strongly condemned the “crude attempt at strike breaking.”

ITF’s General Secretary Stephen Cotton said that the use of supposed “emergency laws to force workers to return to work while they are exercising their fundamental right to strike constitutes to forced labor.”

Truck drivers are demanding the permanent institution of the existing temporary minimum freight rate system, set to expire by the end of December, for shipping containers and cement truck drivers.

They have also called for minimum pay guarantees for truckers in other sectors, including for those transporting fuel, chemicals, steel, automobiles, and package deliveries, among others.

The drivers point out that their demands are for “safe rates” to ensure safe and healthy working conditions. They argue that higher fuel prices and the rising cost of living have placed tremendous financial strain on them, often forcing them to take up longer and unsafe working hours to make up for the costs.

The government has so far only agreed to a three-year extension of the existing minimum freight rates, and refused to consider a permanent pay guarantee system. After nearly six months of failed negotiations truckers launched the second strike this year.

As per reports, the strike has already led to massive supply and transport disruptions across the country. The industries ministry estimated a week into the strike a total loss of KRW 1.6 trillion (close to USD 1.23 billion) in transport losses as of December 1.

It is also not yet clear if the order has had the intended effect on cement truck drivers, with the government stating that only 350 truck drivers were immediately served the start-work order on November 30, and of which only 178 are reported to have individually received a written order.

Despite this, the government has reported that cement shipments had returned to 46% of their pre-strike volume as of Friday, December 2. This demonstrates, perhaps, a certain caution on the part of the government, and their desire to avoid further confrontation with workers.

Nevertheless, as losses to major corporations keep mounting and fuel supplies have started being affected, the government has resorted to threats of expanded back-to-work orders to fuel transport workers and others in the coming days.

The CTSU has stated that its members will not comply with the order and that it will take legal action against such measures.

The CTSU also held its own rallies on November 30 in response to the government order. Rallies were held in 16 regions across the country, and more than 7,000 are estimated to have participated.

As no negotiations have taken place since the last meeting between the union and the government on Tuesday this week, the union is also considering expanding the strike to other crucial sectors.

These could include package deliveries, food transport, and also perhaps the massive export-oriented semiconductor industry, which could in turn cause global supply disruptions.

“It is the government and parliament that should return to work,” said the CTSU in a statement it released on Wednesday. “The government and ruling party must immediately withdraw the start-work order, which took the basic rights of cargo workers hostage, and engage in sincere dialogue.” 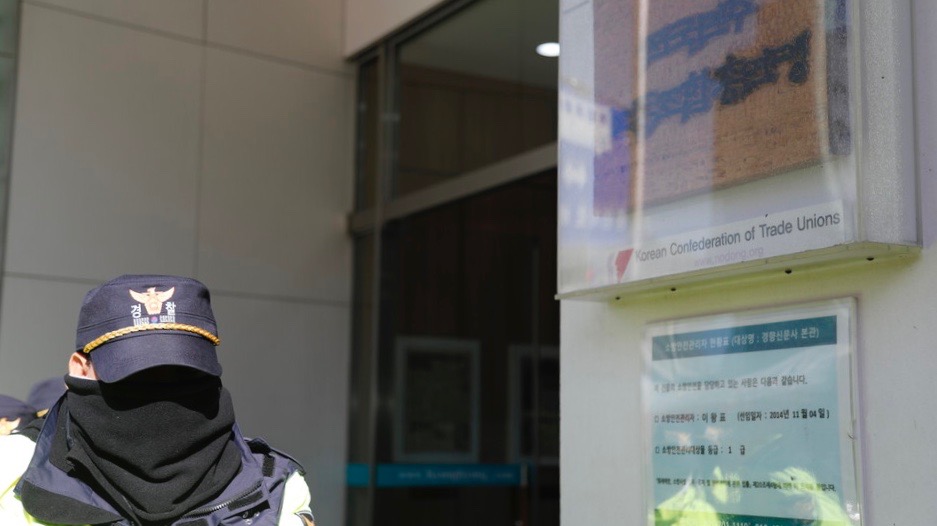