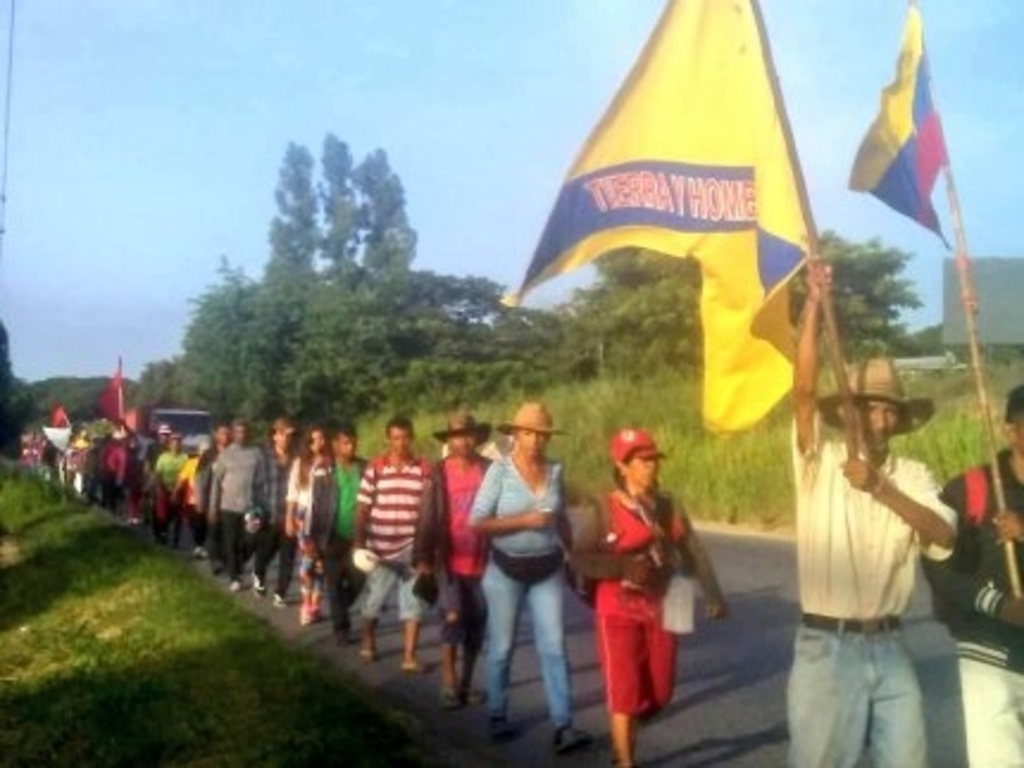 The peasants marched a distance of 185 km to present a charter of demands to president Nicolas Maduro. Photo: Alba TV

Over the past week, peasants committed to the Bolivarian Revolution and the legacy of Hugo Chávez have been undertaking what they called the ‘Admirable Peasants’ March’, a mobilization on foot from the Portuguesa State in the Venezuelan plains to Caracas, where they hope to meet the government authorities so that their proposals are heard.

This march was an autonomous initiative of peoples’ organizations after seeking and participating in instances of dialogue that did not bring about the desired results.

The primary objective of the peasants is to hand over a document to President Nicolás Maduro, which reflects their political support for his government, but also a series of constructive criticisms of the productive policies currently implemented.

Some of the key demands of the peasants include justice for the peasant victims of assassinations and peasants who have been criminalized, handing over land that has been denounced as idle, more help with financing and supplies, funding for peasant seed banks, financing of productive projects for the peasant youth, restructuring of non-functioning institutions, as well as addressing issues related to corruption and insecurity.

After a journey of 185 km, the group, which is covering approximately 26 km daily, is scheduled to arrive at Caracas on Wednesday, July 25.

The president of Inti [National Institute of Lands, a Venezuelan governmental organizations supervising the land distribution programs], Luis Soteldo, met the organizers of the march in San Carlos in the Cojedes State.

At this meeting, Soteldo pledged to provide all possible assistance to the peasants to achieve their goal of reaching the Venezuelan capital.