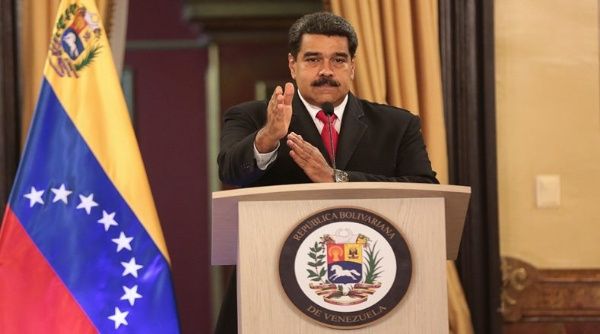 The investigation into the assassination attempt on Venezuelan president Nicolás Maduro has led to the arrest of six people believed to have been directly responsible. The authorities are still searching for the “intellectual authors” of the event.

On August 4, during the 81st anniversary celebration of the Bolivarian National Guard on Bolívar Avenue in Caracas, an attempt was made to assassinate Nicolás Maduro using two M600 model drones, each of which was carrying one kilogram of C4 explosives. The drones were detected by security and one of them was  neutralized using signal blockers and was detonated outside the perimeter of the event. The other drone spun out of control and exploded on the first floor of a building close to the event. The attack left 7 injured.

Interestingly, of the six people arrested, one had an arrest warrant for participating in the attack on Fort Paramacay in August 2017 while another had been detained in 2014 for being a member of violent opposition groups called the guarimbas.

A few hours after the attack, Nicolás Maduro addressed the Venezuelan people in the Miraflores to denounce the assassination attempt: “This was an attempt to kill me. Today, they have tried to assassinate me and I have no doubt that everything points to the extreme right-wing in Venezuela, in alliance with the extreme right-wing of Colombia and [Colombian president] Juan Manuel Santos [being] behind this assassination attempt, I don’t have any doubts.”

In his speech, Maduro also called out groups of powerful right-wing Venezuelans in Miami who fund and are behind the diverse and countless attempts to destabilize and overthrow the Bolivarian revolution. He also pointed to the role of the United States government.

The US has been carrying out a fierce campaign against the Bolivarian Republic of Venezuela on different fronts. This campaign was intensified in 2015 when former US president Barack Obama issued a decree declaring Venezuela a threat to US national security. Since then, Venezuela has suffered from harsh economic sanctions. In response to the instability in the country caused by right-wing violence in April-July, 2017, the US government under Donald Trump made threats against the government and refused to recognize the National Constituent Assembly (ANC) elections called for by Maduro on May 1 and held on July 31, 2017. Despite the fact that the ANC elections brought peace to the streets of Venezuela, several countries, including the US, members of the European Union and some Latin American countries with right-wing leaders (that would later form the Lima group) condemned the elections and refused to recognize the ANC.

The pressure further when the ANC in January called for presidential elections. The United States,  the Lima Group (a group of 17 countries aligned with US interests, including Peru, Colombia, Brazil, Argentina, Mexico, Honduras, and Canada), and a faction of the Venezuelan opposition, among others, announced that they would not recognize the presidential elections nor their results, stating that in such circumstances, fair and free elections could not be held. Thus, the overwhelming victory of Nicolás Maduro in May wherein millions of Venezuelans ratified their support for the leader and the Bolivarian project, was a catalyst for more economic sanctions and harsh rhetoric from different entities of the United States government (the President, Vice-President, UN ambassador, State Department, etc) about how Nicolás Maduro was a dictator and his regime must be ended. There were even threats of military intervention. Leaders of other countries allied to Washington, such as Juan Manuel Santos, also issued similar statements.

The assassination attempt on Nicolás Maduro must be seen in this context as it happened just two months after he was reelected to office by millions of Venezuelans. It is a desperate attempt from right wing factions with important allies to take down a leader who is also a symbol of a political project that favors the emancipation of the most vulnerable people in Venezuela, and does not back down from challenging imperialist interests.

There has been a wave of solidarity in the aftermath of the attempt on Maduro’s life from leaders like Evo Morales of the Plurinational State of Bolivia and from social and political organizations across the world. João Pedro Stédile of the Landless Rural Workers’ Movement (MST) stated “This assassination attempt against President Maduro, that he happily was unharmed from, strengthens the Bolivarian process even more as well as the will for sovereignty of all the people of Latin America.” Statements of solidarity came in from peoples’ movements in Palestine, Brazil, Colombia, Argentina, Mexico, Panama, Puerto Rico, Honduras, Russia, and more.

The strength and force of the Venezuelan people is evident in the immediate overwhelming response of support and solidarity with Nicolás Maduro, as well as the members of the National Bolivarian Guard that were injured. On Monday there was a massive march in the capital Caracas showing the support and conviction of the Venezuelan people with the Bolivarian project and with their leader Nicolás Maduro.