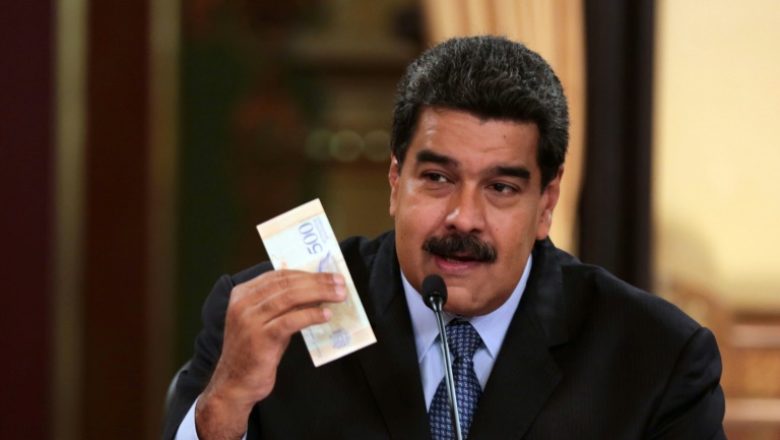 As part of a new round of economic reforms in Venezuela, a new currency, the sovereign bolivar (Bs. S.) was launched with effect from August 20. The new currency will be anchored with the petro, the crypto currency launched by Venezuela in February 2018. The petro will be the new national and international economic exchange unit and it will be backed by the vast oil resources of the country. Venezuela issued eight bills of the new currency (2, 5, 10, 20, 50, 100, 200 and 500) and 2 coins (50 cents and 1 Bs). The old currency, the bolivar, will also be in use for retail and smaller transactions. President Nicolas Maduro, who announced the reforms on August 17, declared August 20 as a holiday to ensure the availability of the new currency all across the country. The United Socialist Party of Venezuela (PSUV) extended all its support to the new economic reforms and held a massive solidarity rally in capital, Caracas, on August 21.

As per the eight-point reform proposal of Maduro, the sovereign bolivar will be pegged to the petro at the rate 3600 Bs. S. and shoring up the fluctuation value of the petro around 60 USD. Revision of minimum wages, pensions and salaries in the country using a ½ Petro unit equalling 1800 Bs. S. is another major step. The Carnet de la patria (Homeland Card), introduced by Maduro in May 2017, will be used to directly deliver subsidies to the citizens, especially on fuel prices. The government will extend a 90-day time period for small and medium scale enterprises in the country to implement the new directives. By anchoring the new currency with the petro, the government is aiming to overcome the dollarization of commodity prices and prevent the depreciation of the monetary currency, along with protecting the purchasing power of the Venezuelans.

The government also aims at ensuring zero fiscal deficit through financial discipline. In order to enhance social spending and tax collection, periodicity of the tax remissions will be changed from fortnightly to weekly.  16% Value Added Tax (VAT) will be imposed on luxury goods. And finally, the government has decided to conclude the ongoing transport census by August 30. The survey is conducted to make a beneficiary list to extend direct gasoline subsidy.

José Tato of the Left Cultural Front (Frente Cultural Izquierda) commented on the political dispute behind the economic reforms: “The measures taken reflect the dispute over the idea of economic governability between the government and the opposition. On one hand, we have the State with its companies and its affiliated corporations in the hands of the ruling party and the armed forces, and on the other hand we have sectors of the opposition. This is the most traditional bourgeoisie that has above all worked in the mafias of exporting and transportation that exert power through fixing the price of the dollar on different websites and with the supply and demand of the dollar and currencies. There is a dispute between these two sectors – the traditional bourgeoisie and the governmental economic force or the government as an economic agent that looks in someway to stabilize the situation to be able to regain governability and continue with the processes of transformation and all of the policies related to the Bolivarian process.”

Maduro described the new economic reforms as program of economic recovery, growth and prosperity formulated by the central executive in order to establish macroeconomic equilibrium that would allow the acquisition of goods and services by Venezuelans. The new currency is expected to solve the problems due to the speculation in the illegal currency markets within and outside the country. Venezuela introduced the crypto currency, petro, to raise foreign investments and bypass the US sanctions on the country. It has also been affected by inflation, hoarding of consumer goods etc.

It is also important to point out that Venezuela’s oil revenues account for about 95% of its export earnings and the fluctuations in international oil prices have had a significant impact on the Venezuelan economy. When oil prices were high, Hugo Chavez was able to give considerable subsidies, and extended generous social spending to most of the ordinary citizens in the country. The fluctuations in the last several years of oil prices have posed great challenges to Venezuela.

On top of this, Venezuela has been dealing with economic sanctions imposed by the United States, as well as several moments of acute political hostility and even violence. The pressure increased when in March 2015, Barack Obama described Venezuela as an “unusual and extraordinary threat” to the United States and imposed harsher sanctions, a policy which has continued and intensified with Trump.

Many are hopeful that these new economic measures can effectively pull Venezuela out of the economic crisis which it is in and destabilize the hegemony of the dollar and the hold of the right wing over the economy.