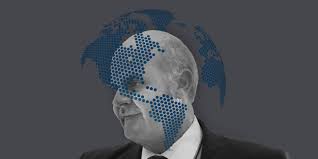 Image from The Intercept

This is the second part of the analysis of the Atlas Network, which works with nearly 500 organizations across the globe in a systematic way to target and discredit socialism. The authors, Aram Aharonian and Álvaro Verzi Rangel, co-directors of the Observatory in Communication and Democracy (OCD) and Latin-American Centre of Strategic Analysis (CLAE), look at the affiliates of the Atlas Network in various countries. The first part can be read here.

In Brazil, NGOs and think tanks have worked together to attack the policies of distribution of the Workers’ Party, manipulated a large corruption scandal, created academic centers and trained activists for the ongoing combat in the media and social networks to direct the revolt against Dilma Rousseff, demanding her overthrow and the end of social welfare policies.

The international media has compared the Brazilian revolt with the U.S. Tea Party movement because of the tacit contribution of the local industrial conglomerates and a new network of right-wing media players and conspiracy tendencies. Helio Beltrão, an executive with a high-risk investment fund that now runs the Mises Institute (named after the ultra-conservative philosopher Ludwig von Mises), says that with the support of Atlas, in Brazil, there are now about 30 “non-profit” institutions acting and collaborating with each other, such as the Students for Liberty (Estudantes Pela Liberdade) and the MBL (Free Brazil Movement).

Key among them are:

It is like a football team: the defense is the academy and the politicians are the attackers. In the midfield would be those who work in the area of culture, responsible for the media management, misinformation and manipulation of public opinion.

The group finances bloggers and incendiary commentators, including Rodrigo Constantino, known as the Breitbart of Brazil (Breitbart News Network is a portal of right-wing and pro-Israel sites, launched by Andrew Breitbart during a visit to Tel Aviv, Israel in 2007.)

Constantino polarizes Brazilian politics with ultra-sectarian rhetoric. Relentlessly prone to conspiracy theories, he presides over the Liberal Institute and has popularized a narrative according to which the defenders of the PT are the “Caviar left” – rich hypocrites who embrace socialism to feel morally superior, but in reality disregard the working classes they claim to represent.

The “breitbartization” of the discourse is just one of the many ways through which the Atlas Network has influenced the political debate.

Fernando Schuler, academician and columnist associated with the Millennium Institute, is responsible for attacking the 17,000 unions of the country and points out that “with technology, people could participate directly, organizing through WhatsApp, Facebook, and YouTube a kind of low-cost public demonstration” (this is what is understood as public demonstration). For Schuler, the present model – a constellation of think tanks in Washington supported by huge donations – would be the only way for Brazil.

Atlas thus is dedicated in parts to: offering scholarships and grants for new reflection groups and ideas labs, providing courses on political management and public relations, sponsoring networking events around the world and in recent years, dedicating special resources to induce right-wing libertarians to influence public opinion through social networks and online videos.

The Pensar Foundation was a branch of the Atlas Network in Argentina that became PRO, the political party that propelled Mauricio Macri to the presidency in 2015. Leaders of Pensar and the Freedom Foundation (Fundación Libertad) – another branch of the network – today occupy key positions in the Argentine administration. But there are also a number of foundations, led by senior officials of Macri’s administration, who drain public money.

According to journalistic investigations, in this network are foundations such as Suma (directed by vice-president Gabriela Muchetti), Seguridad y Justicia [Security and Justice] (of security secretary Eugenio Burzaco), Creer y Crecer (of mayor Nestor Grindetti), Formar (of the Minister of Education Guillermo Dietrich), Pericles (of the presidential Legal Adviser Rodríguez Simón), etc.

The Attorney General’s Office for Economic Crime and Laundering of Assets denounced the Minister of Culture Hernán Lombardi in 2014 for the diversion of public funds to Pensar. Likewise, the “tithe” that the Macrista leader Gladys Rodríguez requested from those who accessed public employment in the province of Buenos Aires, was denounced to the court as a means of increasing funds of the same foundation.

The Center for the Opening and Development of Latin America (CADAL, among the most influential 60 think tanks in the region, according to the Global Think Tank Index report), is associated with the Network of Democracy Research Institutes (NDRI), and launched the Vaclav Pavel Institute and Latin Analysis (Analysis Latino), directed by journalist Fernando Malaboro (prize to Young leaders 2006 of the Atlas Network), all with funds provided by the NED, via the Atlas Network and the money drained from the Argentine State.

The Eléutera foundation, in Sao Pedro Sula, Honduras, was founded after the coup d’etat against the constitutionally elected president, Manuel Zelaya, in 2009. The leader of the foundation, Guillermo Peña Panting, who used to work at the John Locke Foundation, a think tank of Atlas based in North Carolina, has given numerous seminars from the organization.

The present government of Honduras has requested the political support of Eléutera, including for the establishment of the first Special Economic Development Areas (ZEDE), a controversial project aimed at letting business leaders manage certain areas without attending to the state’s legal and political systems.

Atlas has played a role in Venezuela. Records obtained through the Freedom of Information Act, as well as the State Department’s links revealed by Chelsea Manning, refer to the sophisticated efforts of U.S. politicians to use Atlas’ think tanks in a long campaign to destabilize the Venezuelan government. As early as in 1998, Cedice Libertad, the flagship of Atlas in Caracas, received regular financial support from the Center for International Private Enterprise. The funds that NED assigns for Cedice are explained as helping advocate “a change in government”.

Cedice Libertad provides support to the leaders of the conservative opposition, including Maria Corina Machado. The director of Cedice signed the Carmona Decree, which established the brief dictatorship after the civic-military coup against Hugo Chavez in 2002.

A 2006 cable referred to a strategy of U.S. Ambassador William Brownfield to finance politically active non-profit organizations in Venezuela to strengthen ‘democratic institutions’ towards the penetration of Hugo Chávez’ political base, the division of Chavismo and, above all, the protection of vital businesses at the international level.

There are other NGOs and foundations that work for Atlas, such as Provea (also financed by the Open Society Foundation of multi-millionaire George Soros, the Ford Foundation and the British embassy), the Civil Association of Citizen’s Power (routed in the undermining of military forces and Venezuelan intelligence and the security apparatus), and the Venezuelan Observatory of Social Conflict, which works on human rights issues and citizenship, which is also financed jointly by the NED.

Public Space (Espacio Público) is another such organization that directly coordinated the distribution of funds and projects of the State Department to “independent journalism” (anti-Chávez Portals) between 2008 and 2010. Another such organization is Venezuelan Foro Penal, financed by Freedom House, for the legal defense of those accused of sabotage and terrorism during the vandalism campaigns of “civil resistance” of the Venezuelan opposition in 2014 and 2017. 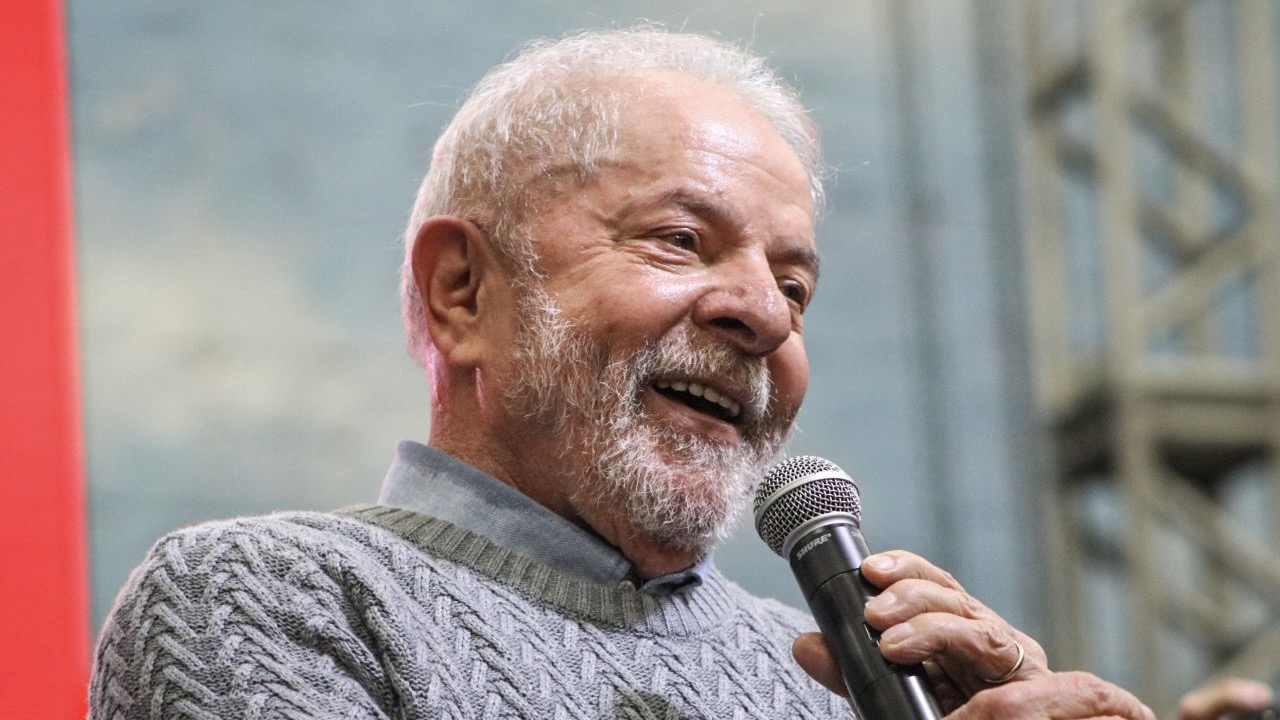 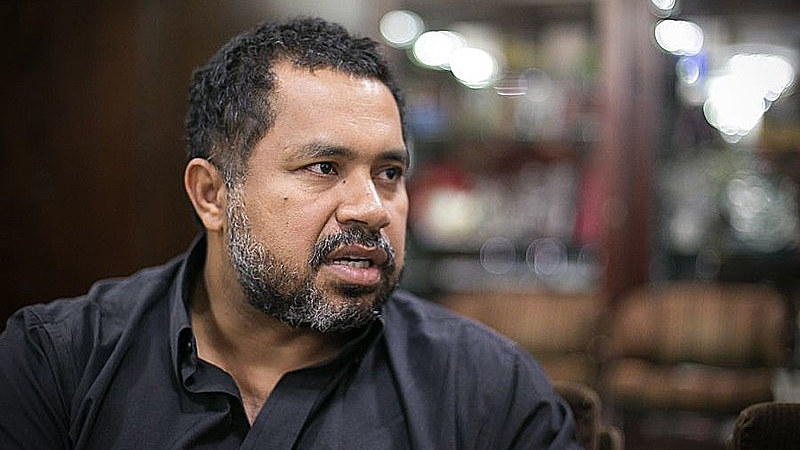