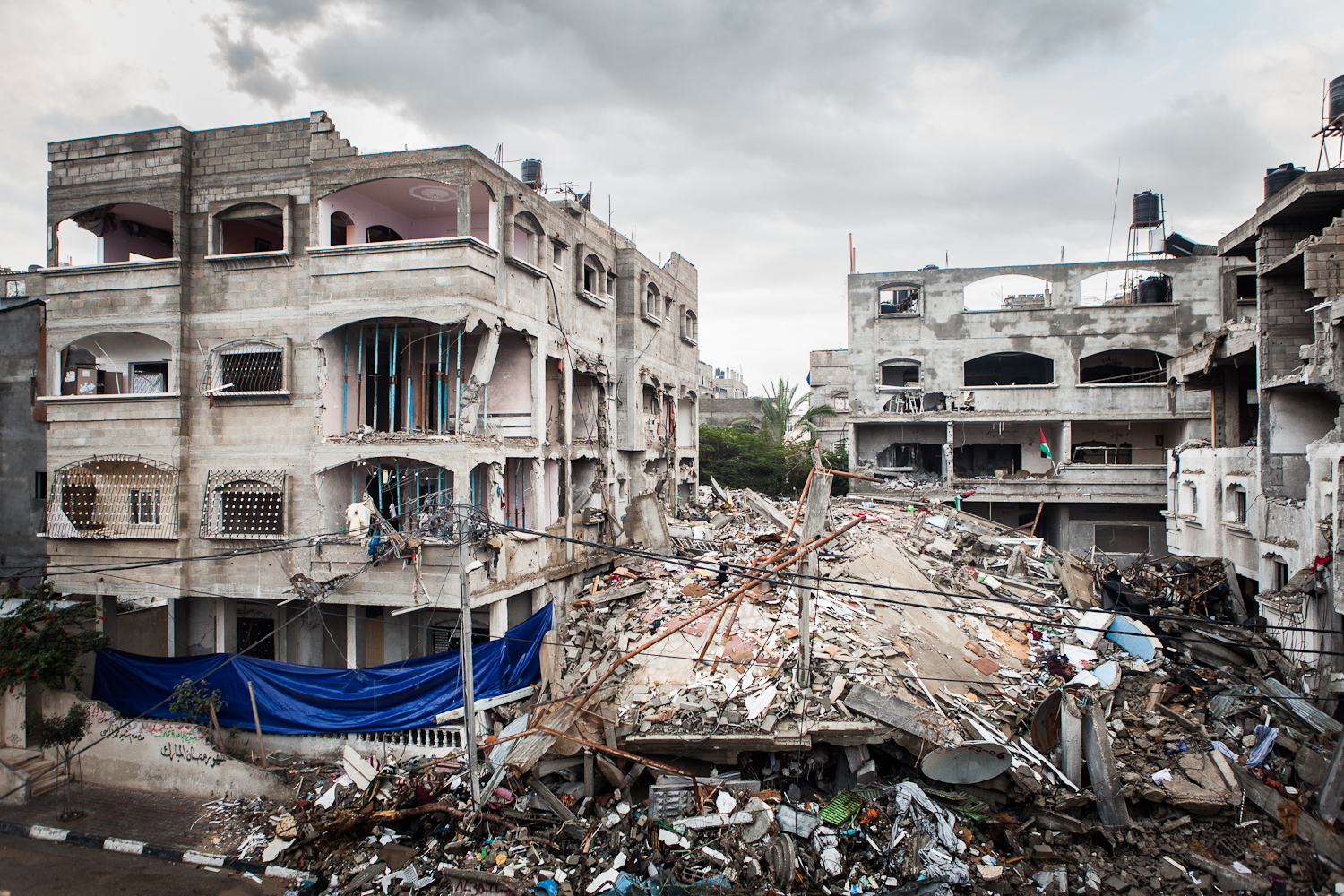 The aid cuts will severely affect the residents of refugee camps. A scene from the Jabalia refugee camp after a bombing by Israel in 2012. Photo: Wikimedia Commons

The Donald Trump administration has decided to close the Palestinian diplomatic mission in the US, PLO general secretary Saeb Erekat said on Monday. He said the US government had informed the Palestine Authority of its decision, even as the move is yet to be confirmed by US government officials. Erekat added, “This is yet another affirmation of the Trump Administration’s policy to collectively punish the Palestinian people, including by cutting financial support for humanitarian services including health and education.”

This is the latest in a series of anti-Palestinian moves that the Trump administration has undertaken this year, beginning with withholding more than 300 million dollars of aid in January, and relocating the US embassy in Israel from Tel Aviv to Jerusalem in March. Last month, the US canceled all of the aid it was providing to the UNRWA (United Nations Relief and Works Agency for Palestinian refugees in the near east).

On September 8, the US cut another 25 million dollars that it was providing to the hospital network in East Jerusalem. A US state department official said that in order to ensure that these funds were being spent keeping in mind the interests of US national security and of US taxpayers, “at the direction of the president, we will be redirecting approximately $25 million originally planned for the East Jerusalem Hospital Network.” He added that “those funds will go to high-priority projects elsewhere.

US president Donald Trump on Thursday was quoted as saying, “You’ll get money, but we’re not paying you until we make a deal. If we don’t make a deal, we’re not paying,” making it abundantly clear that the current US government has no qualms or hesitation in using humanitarian and medical aid as a weapon of blackmail and intimidation to force the Palestinians into agreeing to any US deal for West Asia, regardless of how unacceptable the terms and conditions of that deal may be to them.

The earlier decision to scrap all funding to the UNRWA is also likely to be a huge blow to nearly 6 million refugees in Jordan, Syria, Lebanon and Israel, as well as the occupied Palestinian territories of West Bank and the Gaza strip.  The US was the largest contributor to the UNRWA in 2017, having donated 364 million of the $1.2 billion it received.

According to UNRWA spokesperson Chris Gunness, the latest cuts have created a $217 million deficit in funds. He also warned that if funds were not replenished within 30 days, 526,000 children who study at UNRWA-funded schools, 3.5 million people who receive medical care at UNRWA clinics and 1.7 million people dependent on UNRWA food assistance would be at grave risk.

The move is also being seen by many as the Trump administration’s attempt to attack, negate, and ultimately invalidate the internationally recognized Palestinians’ “right of return”, and their status as refugees. The Trump administration and Israel both have, time and again, questioned and disputed the way in which the agency identifies refugees. Children and grandchildren of Palestinians who were expelled and rendered homeless during the establishment of Israel, are also given refugee status. Israel is worried about the state losing its “Jewish character”, if the Palestinian population in Israel and the occupied territories together exceeds the Jewish one, upon exercising their right of return. Media reports have suggested that the US is planning to limit the number of people it recognizes as refugees to just half a million (500,000).

The UNRWA supplies flour, rice, sugar, powdered milk, canned meats, medicines, and school and office supplies such as diaries, notebooks, textbooks, school bags etc. In Gaza, 80% of the population is dependent on this aid. The UNRWA also employs some 13,000 staff in Gaza, many of them refugees. In the West Bank, it’s a similar story, where 800,000 refugees live in 19 refugee camps, all receiving some or the other kind of assistance from the UNRWA.

According to Gunness, who termed the situation “unprecedented” and “catastrophic”, the agency may be unable to pay the salaries of the 22,000 teachers it employs in its 711 schools across the region if the funds are not available on time.

The US funds cut will also have an adverse effect on Jordan’s economy, which is heavily dependent on US aid, likely to be around $1.5 billion this year. UNRWA funds act as an important source of foreign currency for Jordan, besides financially helping the small West Asian country to provide for the needs of the Palestinian refugees it hosts. If the US brings down the number of people it recognizes as refugees, Jordan will have to grapple with deciding on the legal status and nationality of millions of Palestinians, most of whom were born in Jordan. Trump’s son-in-law and senior adviser, Jared Kushner, has reportedly tried to pressurize the Jordanians to dissolve the refugee status of the 2 million Palestinians living the country, a move which could trigger an immediate political crisis in the country.

Others, like Husam Zomlot, the head of the Palestine Liberation Organization’s general delegation to the United States, has accused the US of trying to use humanitarian and economic assistance to Palestinians as a tool to blackmail and coerce them into accepting the US-imposed peace deal, which is likely to be heavily in favor of Israel.