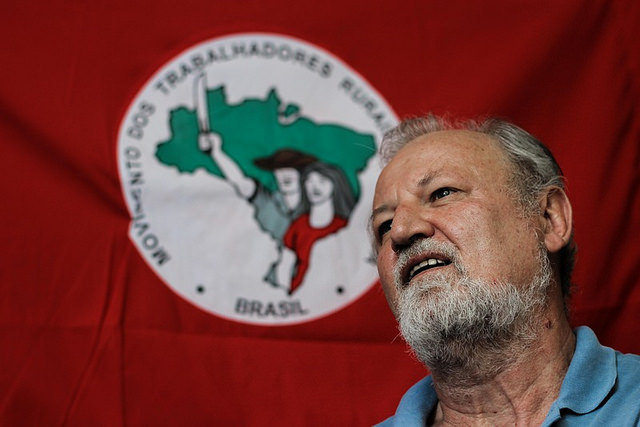 “In the first round, Bolsonaro was hiding. Now it’s only two candidates now, so it will become clear that there are two [opposing] projects” / Rafael Stedile

After votes were counted last Sunday and confirmed a second round between Brazilian presidential candidates Fernando Haddad and Jair Bolsonaro, the member of the national board of the Landless Workers’ Movement João Pedro Stedile spoke with Brasil de Fato Radio about the next steps in Brazil’s presidential elections, saying voters will now have the opportunity to learn more details about the platforms and interests each candidate represents.

Stedile argued it is necessary to show people that Bolsonaro’s economic plan, devised by ultra neoliberal economist Paulo Guedes, includes raising taxes on the poor and reducing them on the weathy.

He said Bolsonaro is getting a lot of votes because he claims to be an “anti-system candidate,” even though, right now, he is the one representing capital the most.

Even in case of a democratic defeat, Stedile believes it will be possible to carry on a progressive political struggle. “In case of an eventual a Bolsonaro administration, there is no reason for despair. Contradictions will increase, problems will increase. We must strengthen our grassroots work, our ideological work. Strengthen the work toward resistance.”

Brasil de Fato: What is your take on this Sunday’s elections?

João Pedro Stedile: Well, there was a scenario where voters wanted change. To change what they saw in old politics. Old politicians. And, in a way, the elections did not follow so much the strength of traditional parties. And that change was found in [Luiz Inácio] Lula [da Silva]. Unfortunately, the dictatorship of the court system, clearly breaking the laws of this country, barred Lula from running. [If if hadn’t done that], at this point, we would be celebrating his outright victory in the first round.

Bolsonaro, in a way, was appealing to these nonpolitical, nonpartisan voters who wanted change from the beginning. So he managed to galvanize the idea that he is the anti-system candidate, even though, right now, he is the one representing the most the Brazilian bourgeoisie, capital, and this political system of domination.

He made it into the second round exactly because he has the ideological skill to fool the poor and say, “I’m against the rich.” He replicates, in a way, the role [Fernando] Collor played in 1989, when, as a legitimate representative of Globo [Brazil’s largest media conglomerate], he made that speech against the ‘maharajahs,’ fooled the poor and defeated Lula in the elections.

There were surprises, especially unpleasant ones, in [the elections for] the Senate, because we lost several valuable [candidates for] senators that proved to be, in the latest term, fighters against the coup and all this attack against national sovereignty. But, on the other hand, they also lost [names] that represented the oligarchy.

Haddad won in most northeastern states. How do you see this victory?

There is no surprise in the Northeast. When we look back at previous elections, that happened with Lula as well. I think that, in the runoff, it is not going to be about parties. Of course Haddad will have to negotiate with parties, especially the PDT [Ciro Gomes’ party]. Of course there will be conversations between parties, but that is not what is going to make up voters’ minds.

I think that, in the runoff, it is not going to be about regions. What it is going to be about is a battle between projects and classes. Haddad won in the Northeast, but not because they live in the Northeast. It’s because there are poor people there whose lives changed with the Lula and Dilma [Rousseff] administrations, and therefore they raised their class consciousness.

As now it’s only two candidates [running in the second round], it is clear that it’s about two projects. Bolsonaro, despite his hypocritical speech, obviously represents this country’s reactionary forces. It’s not a coincidence that most of the armed forces support him, most members of the military police support him, most bankers, represented by [his economic guru] Paulo Guedes – who is a partner at the investment bank Bozano. So I think it will become clearer to the people. And that is what I hope Haddad can explain to the people. More than being a spokesman for Lula, he has to be a spokesman for the working class.

Will this argument, showing the project that Bolsonaro represents, produce results on the ballot?

It has to. After all, in the first round, Bolsonaro hid behind the stabbing incident.

And what is the role of the activists in this process?

First, let’s keep showing the powers that are behind Bolsonaro. He is being provided intelligence services from abroad, which means the power of international capital backing him up. Just like it is necessary to expose all these bots, which we know cost a lot of money, and which he is using to make a media warfare online.

We have to show the people, we have to engage with workers, with the poor. And to do that, we have to use arguments, facts. We have to tell people not to fear – because they are using fear a lot – and show that, even though Bolsonaro has fascist ideas, there is no fascist movement in Brazil. There is no grassroots movement in society for fascism in Brazil.

Is it surprising that Bolsonaro won in the North? Is that connected to his alliances with the ruralist lobby?

The Center-West and North regions of Brazil are where latifundia [system of large estates and big monoculture] are very hegemonic in society. It’s not just that they win the elections: they rule the churches, it’s where security forces barracks are, they rule society’s life. It’s very hard for the Left to thrive there, because there is no working class. The working class migrates, they come looking for jobs in the Southeast or other regions.

That does not worry me. What worries me is that, now, in the second round, we have to do grassroots work, go door to door, hold meetings at parishes, at churches, call progressive ministers to explain to the people that voting for Bolsonaro is voting for LP gas price hikes, rental price hikes, bus fare hikes. And, looking at Brazil’s map to see how contradictory that is, most governors [who won outright majority in the first round] are progressive. So we are good with candidates for governor. That does not mean that people drank a ‘fascism tea’ and is now voting for fascism.

Most people who vote for Bolsonaro are thinking about change, but it’s only a small part that really agrees with his more aggressive views.

You’re right. Bolsonaro’s big strength is that he was able to mobilize activists, military police officers, the Armed Forces, especially retired officers, most of the Freemansonry, and these intelligence services that helped him online [with a strong campaign on social media and messaging apps]. Just like they managed to convince some ministers, who are not evangelical at all in the sense of the gospel, who are spreading fake news, [talking about] topics such as gay marriage to terrorize people who have conservative values, and ministers who openly campaigned for Bolsonaro. That explains why Marina [Silva]’s campaign melted down.

What are the possible challenges of a Bolsonaro or Haddad administration?

In case we have a Bolsonaro-led government, there is no reason for us to despair. On the contrary. We must strengthen our grassroots work, strengthen our ideological work, strengthen our political power in other spaces in order to be in opposition. So, if we lose space in the executive branch, that will be a reason for us to be more careful in the political struggle: replenish our energy to develop people’s communication outlets, to be able to convey the ideas of the working class and how the working class collectively understands the political scenario. They don’t have a platform for Brazil. A Bolsonaro-led government will mean four years of deep crisis. 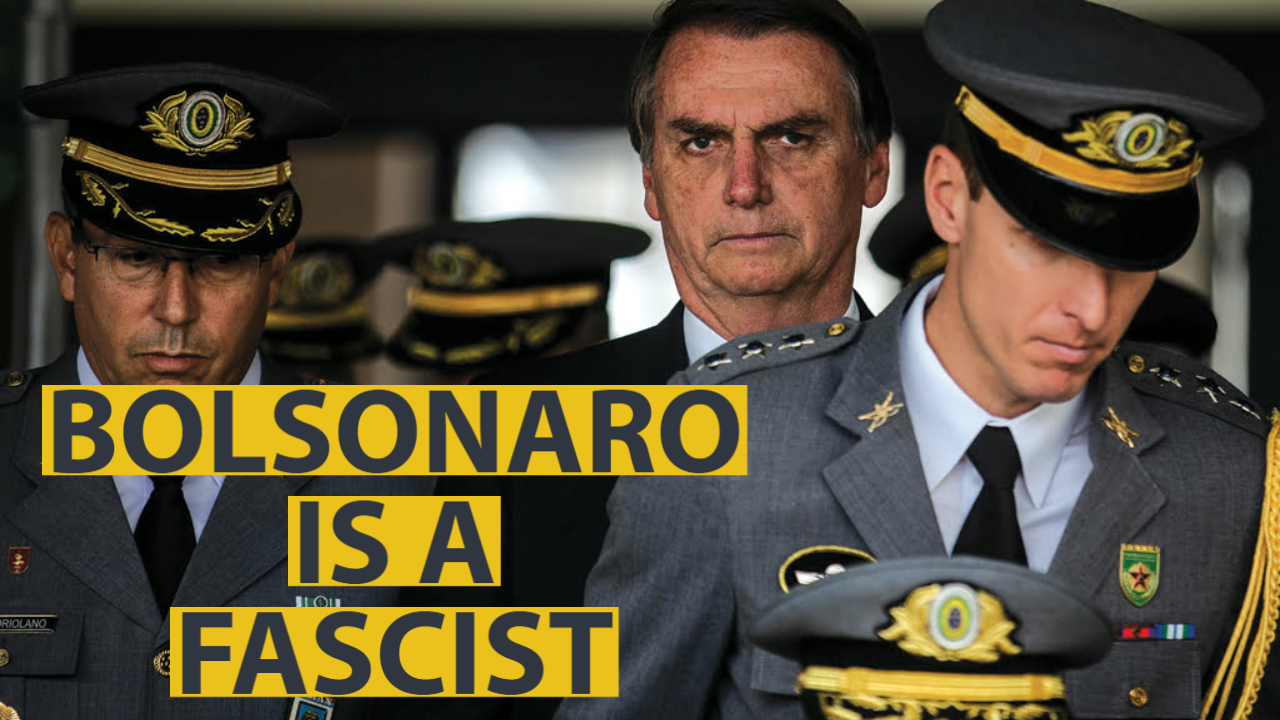 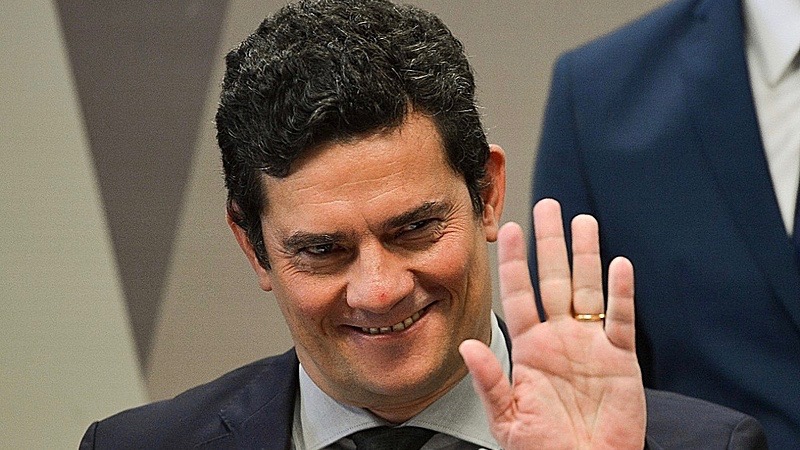 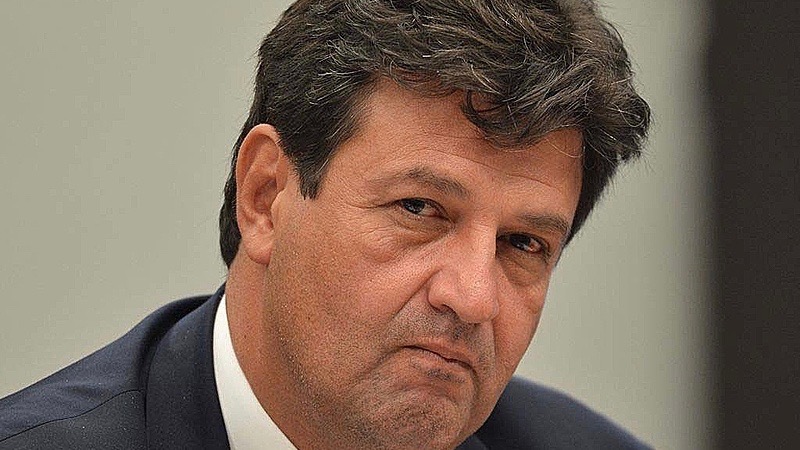