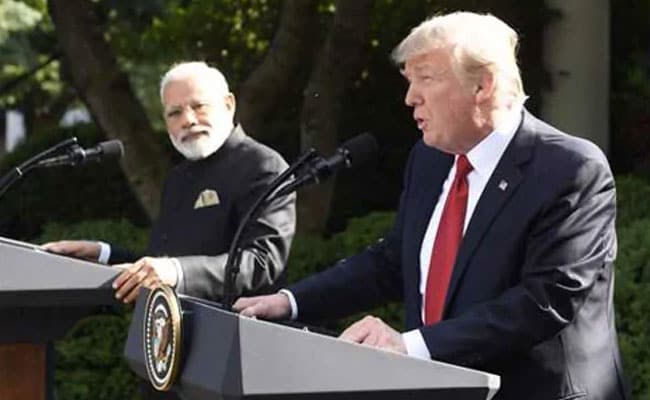 Four days ahead of its latest round of sanctions against Iran taking effect, the United States has given a waiver to India that will allow its oil companies to continue importing oil from Iran. According to the agreement, India will continue to import Iranian oil but will reduce it. The US announced the re-imposition of sanctions against Iran in an attempt to get it to re-negotiate the 2015 nuclear deal.

The US sanctions, which will take effect on November 4, are an attempt to exert economic pressure on Iran to draw up a freshly negotiated nuclear deal. US president Donald Trump, in May, withdrew from the earlier nuclear deal –  JCPOA (Joint Comprehensive Plan of Action). The JCPOA was signed during the Obama presidency between Iran, the five permanent members of the UN security council and Germany. In this agreement, Iran agreed to halt its nuclear programme in exchange for relief from economic sanctions. The JCPOA agreement was also ratified by UN security council. Trump’s decision to withdraw from the deal and re-impose sanctions was severely criticised across the world.

Once the sanctions come into effect, any country or company that engages in trade with Iran without US permission will risk facing getting shut out from the US financial system.

This round of sanctions will target key sectors of the Iranian economy related to its oil trade, such as energy, shipping, ship-manufacturing, insurance and commerce.

Trump said in a presidential memorandum that he had determined there was sufficient supply of petroleum and petroleum products for countries to reduce their purchase of crude oil from Iran.

US officials have regularly accused Iran of being the world’s biggest sponsor of terrorism. But behind this allegation is their concern at Iran’s growing influence in its neighbourhood. Iran has established strong ties with the Assad government in Syria, the Houthis in Yemen, Hamas in Gaza, Hezbollah in Lebanon, and with various groups in Iraq. At the same time, US influence in many of these regions is declining. Iranian president Hassan Rouhani issued a warning to his fellow countrymen and women about hard times they might have to face. He assured them that the government would try and do its best to shield the Iranian people from the harmful effects of the sanctions.

Several other countries are also seeking waivers from US sanctions on Iran. The last time the US imposed sanctions on Iran, China, Japan, South Korea, Turkey, Taiwan and India were granted waivers by then President Barack Obama.

US national security adviser John Bolton struck a conciliatory note on Wednesday, saying that the US didn’t want its friends and allies to suffer or face difficulties in the process of its trying to exert maximum pressure on Iran, Reuters reported on today.

The biggest obstacle to the US plans is China, which is also the largest importer of Iranian oil. China has refused to give into US pressure and will continue buying oil in the same quantity as before. Russia too is unlikely to give in to US sanctions considering it is also facing sanctions of its own.

Besides India, South Korea has also asked the US for a waiver. South Korean foreign minister Kang Kyung-wha asked the US to exercise maximum flexibility so that South Korean companies doing business in Iran do not get adversely affected by the sanctions. South Korea had already brought down its oil purchase from Iran to zero, but due to domestic demand, it decided to seek a waiver instead.

Japan, a close US ally, who had also stopped buying Iranian oil completely, is also facing pressure at home from companies to obtain a US waiver. Another close US ally and NATO member, Turkey, has refused to comply with any sanctions that aren’t endorsed by the United Nations. Turkey has also angered the US by not canceling its plans to buy the S-400 advanced missile systems from Russia.

The European Union (EU), and individual European countries like France, Britain, Germany along with Russia, China and Iran, in September had promised to work closely together to create a “special purpose vehicle.” This would be independent of the dollar and enable them to continue commercial relations with Iran.

All this suggests that the US will face greater difficulty in bullying Iran to sign a new nuclear deal.