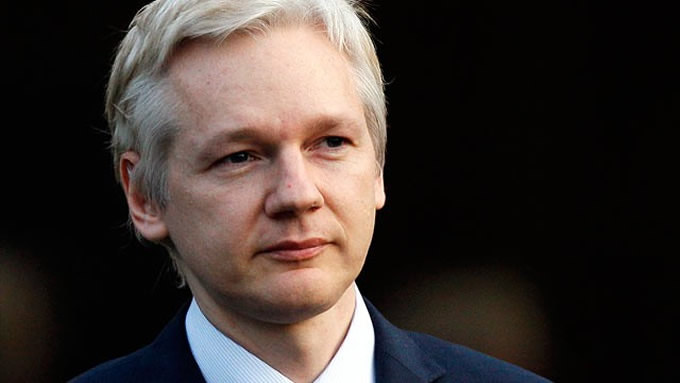 Julian Assange's plea to revoke new restrictions imposed on him by the Ecuadorian embassy was rejected, sparking fear over the fate of his asylum. (Photo: news online/Flickr)

Since the change in government in Ecuador, the threat of extradition has been looming large over Julian Assange. Lenín Moreno, the current President of Ecuador who defected from ex-president Rafael Correa’s camp, has been attempting to reverse almost all of Correa’s policies and has also softened Ecuador’s stance towards US imperialism.

On October 29, an Ecuador court rejected Wikileaks founder Julian Assange’s plea to revoke the new restrictions imposed on him by Ecuadorian embassy authorities in London. A petition supporting Assange’s plea against the imposition of restrictions on him was presented in court in Quito on October 24. The petition was filed by Citizen’s Revolution Movement in Ecuador, ALBA Social Movements, and the Observatory of Multinationals in Latin America to safeguard the human rights of Assange, who has been in the asylum at the Embassy of Ecuador in London since 2012.

Under these new restrictions imposed earlier this month, Assange had been banned from receiving visitors and phone calls. This is being seen as an attempt to silence all sorts of political comments by him which could affect Ecuador’s position.

The petition presented in Ecuador court underlines that “the special protocol for visits, communications and medical care of 32 points established by the Embassy of Ecuador in Great Britain; represents the violation of a series of fundamental human rights of the journalist Julian Assange. The right to freedom of expression and access to information is particularly infringed. Just like the freedom of meeting with those people that the journalist considers important to maintain contact with.” It also highlights that “all measures in the visits section finally threaten the right to ‘not be harassed,’ established as a principle in article 29 of the Declaration of Human Rights.”

Assange’s supporters have raised serious concerns over these new guidelines. They have stated that through these regulations, the Ecuadorian authorities are trying to strangulate him and eventually oust him from the embassy. There were unconfirmed stories that Ecuador is planning to end his asylum, which will enable the British police to arrest him, following which he could be extradited to the US and face trial for leaking sensitive information regarding US diplomatic engagements abroad.

The authorities justified their actions by saying that Assange’s controversial remarks over certain international affairs is affecting Ecuador’s diplomatic relation with other countries.

WikiLeaks claimed that Assange has been silenced because of pressure from the United States and says Ecuador’s description of the situation as just restrictions from using social media fails to explain the degree to which he’s being held in isolation.

Assange was granted asylum in 2012 under the administration of the previous Ecuadorian president Rafael Correa who was very vocal against US imperialism in Latin America and abroad. Now the current president of Ecuador, Lenin Moreno, has made it clear that he is not supportive of Julian Assange’s cause.

WikiLeaks was set up by Mr Assange and a group of like-minded friends in 2006 as a site where whistleblowers could send confidential documents and images to be published online. Assange’s supporters and his lawyer are planning to approach a higher court of appeal in pursuit of justice for Julian Assange.