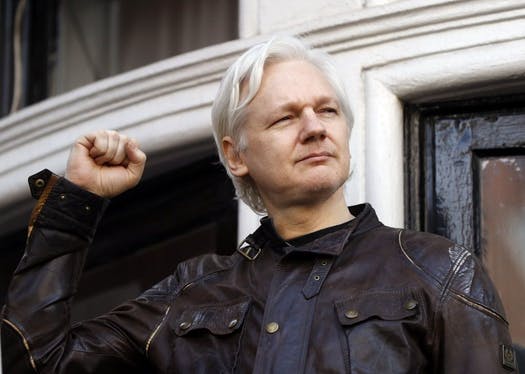 In an accidental reveal, it has come to light that Julian Assange has been criminally charged in the United States. Assange is currently in the Ecuadorian embassy in London, where he was granted asylum in 2012.

While the exact nature of the charges is not known yet, it is speculated that they are most likely to be related to ‘espionage’, indicting Assange for revealing sensitive information about the United States. The Espionage Act has been used against the Rosenbergs, Chelsea Manning and Edward Snowden. The Act carries a death penalty. In recent times, a number of reports have appeared, indicating that the US, UK and Ecuador may have reached a deal which would involve a life term in prison for Assange.

The filing of charges was revealed due to what seems to be a copy-paste error in the chargesheet of an unrelated sex crime case. The chargesheet against one Seitu Kokayi, while explaining why his case at the time of charging in August needed to remain sealed, switches to Assange’s case on its second page.

There are two references to Assange in this chargesheet, saying that any “procedure short of sealing will not adequately protect the needs of law enforcement at this time because, due to the sophistication of the defendant and the publicity surrounding the case, no other procedure is likely to keep confidential the fact that Assange has been charged.”

The chargesheet further explains, “The complaint, supporting affidavit, and arrest warrant, as well as this motion and the proposed order, would need to remain sealed until Assange is arrested in connection with the charges in the criminal complaint and can therefore no longer evade or avoid arrest and extradition in this matter.”

This information came to light when Seamus Hughes, a terrorism expert at George Washington University, who regularly tracks court cases, posted on Twitter about this accident.

The United States has been eager to get the Wikileaks founder on the country’s soil since the website started revealing classified documents in 2010, exposing war crimes, high levels of corruption, and other highly condemnable acts conducted by the country.

Assange was granted asylum over over fears that he could be extradited to the US for revealing state secrets, and possibly face capital punishment. However, ever since Lenin Moreno became the president of Ecuador in 2017, the country has drifted closer to the US and has been considering expelling Assange from its embassy.

Both Ecuador and the United Kingdom have abolished capital punishment. One of the primary reasons for Assange’s asylum request being granted was Ecuador’s insistence that the UK provide an assurance that Assange would not be extradited to a country where his human rights could be breached. The United Kingdom is also a signatory to the European convention on human rights, which requires the country to refuse extradition if the individual’s human rights are under threat. However, with Brexit, some in the country, particularly the Conservatives, are keen on leaving the European court of justice.

The act of filing charges against Assange is being seen as an extremely dangerous precedent which threatens press freedom, violating the First Amendment of the US Constitution.

Under Trump’s Department of Justice, there have been concerted efforts to label Julian Assange as an information broker or foreign agent (due to the leak of emails during 2016 elections by WikiLeaks which is being seen as Russian interference in US elections), and not a journalist. This would allow state officials to override the higher level of approval required for launching an investigation against him, also making it easier to obtain his phone records and other such information.

The 2016 emails’ leak also turned the Democrats against Assange.

As Glenn Greenwald explains in a piece in The Intercept, “They’re willing to create a precedent that will criminalize the core function of investigative journalism because – even as they spent two years shrilly denouncing that most trivial “attacks on press freedom” – they don’t actually care about that value at all. They want to protect only the journalism that advances their political interests, while putting people behind bars who publish information that undermines their political interests. It is this authoritarian, noxious mentality that has united the worst elements of the Trump administration and the Democratic Party that pretends to find tyrannical actions objectionable but is often the leaders in defending them.”

The exact nature of the charges is unlikely to be revealed for now, with the US trying desperately to get Assange extradited.