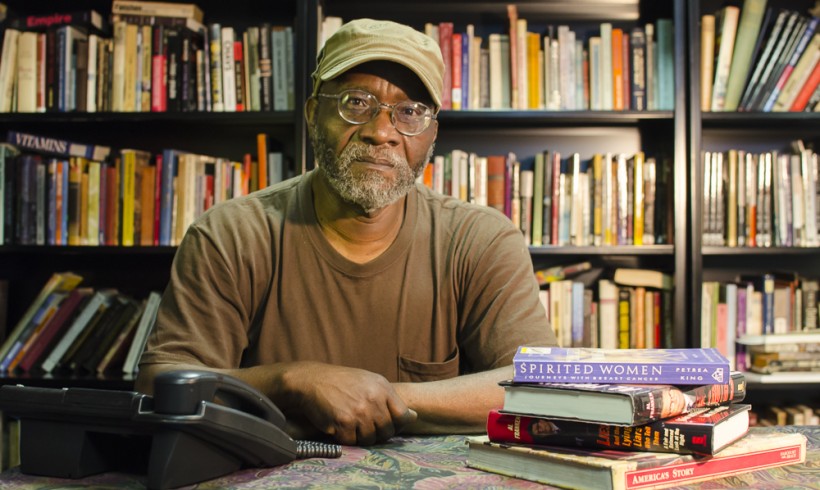 2018 was the second year of the Donald Trump presidency. For the second year, the regime’s policies continued to benefit elites and big business, corporations and transnational companies, while a systematic and brutal attack was mounted on workers, immigrants, Black people, Indigenous people, LGBTQI people, women, leftists, environmentalists, journalists and all who dare to challenged his rule. This is not to mention the detrimental effects of this regime across the world, as Trump intensified military action and economic sanctions against countries like Iran, while doubling down on support for warmongering countries like Saudi Arabia.

Despite this, 2018 was also a historic year of resistance across the world. In the US, the belly of the beast, many movements emerged, thrived and brought thousands to the streets.

One of the most important movements that made its presence felt this year was the Poor People’s Campaign: A National Call for Moral Revival. The campaign seeks to achieve the vision of Reverend Doctor Martin Luther King to unite the working class of the US, bridging historical divisions to combat systemic racism, poverty, ecological devastation, and the war economy and militarism. In order to understand the importance and necessity of the Poor People’s Campaign, Peoples Dispatch spoke to Willie Baptist, a lifelong organizer, who currently works with the campaign and the Popular Education Project.

Peoples Dispatch: Could you tell us a little bit about yourself and how you became an organizer?

Willie Baptist: I have been involved in organizing and education in impoverished communities for over 50 years and I have been poor all my life. I spent a while in the streets of Philadelphia, homeless.

In 1965, when the Watts Uprising in south-central Los Angeles occurred, I was 17 years old and was involved in the rebellion. Some 60,000-100,000 people hit the streets in a violent protest against police brutality but also against the dire economic situation. I am very proud that in the two days of that uprising, the L.A. police was rendered null and void, it was defeated because we had 60,000-100,000 people all over the place in rebellion and so they had to call in the National Guard.

This left a deep impression on me, seeing the tanks coming down my street in Watts and it woke me up to political activism and my understanding of events. It told me that the problems that we were dealing with were not my individual problems. I lived in Watts, probably the most impoverished neighbourhood in the entire State of California. I had always lived in these poor neighbourhoods, but I was awakened to political activity by that uprising. And I am still a student of that period as there are many lessons from the uprising in that ghetto and the conditions that gave rise to it and similar uprisings in other black ghettos at that time. In fact, Watts inaugurated a whole round of uprisings in over 300 cities. It led to major property loss, and encounters with the police and that left an indelible impression on me.

The thing that stood out for me is that those events occurred because of a certain fundamental economic and social condition. People get sick and tired of those conditions and they lash out. In the richest country in the world, people don’t know that these conditions exist, that right alongside obscene wealth concentrated in a few hands, there is growing poverty and homelessness. Those conditions are not only present in the black ghettos but now in the poor white areas as well. You’ve got these small towns, industrial towns, where the factory has closed and so you have growing poverty among poor whites. The same happens in Latino communities.

Now, the same conditions that gave rise to the uprising in the 1960s are spreading and getting worse, especially since the 2008 crisis. We are living in very explosive moments and I’m reminded of W.E.B. Dubois in his “Black Reconstruction” where he talks, among other things, of the “missed moment”,  and how we need to position and prepare ourselves for those moments when people begin to awaken and question a system. We need to have people who are conscious and educated and understand what we are dealing with, what we are up against, and the class relationships that keep us in this position. This is so that when the masses of people begin to awaken, we can begin to channel that energy, that inevitable energy, into a constructive direction to change society.

I see these moments are parallels; these moments are very explosive. Homelessness is growing, the so-called middle class is disappearing – the problems have gotten worse. People only see the US through TV sets, and hear what the main representatives of the US government have to say about it. But there are two countries, and one of them – the one I am part of – is not heard from but is the one that is going to be heard because the people are not going to sit back for much longer and allow their families and kids to starve and allow the conditions to continue to deteriorate, threatening their lives. History has proved this and I think that we got to get ready for those times. We got to dig deep among the people who are hurting, the real masses in this country, so that we can give organization and unity to a movement that can really better the conditions here.

There is no reason why we should have homelessness and poverty in this country or in the world because we have the capacity to produce enough for everybody. But the wealth is being hoarded and concentrated among a few, while people are having to suffer from water being cut off and poisoned – all of these things are happening right now and the clock is ticking. The lesson I drew from that period is that we can’t miss this moment and that we have to have consciousness and political education so that we are positioned to really give direction to a movement and struggle.

PD: Can you talk about the Poor People’s Campaign?

WB: The Poor People’s Campaign is evidence [of the above]. The initial phase of the campaign has drawn and attracted many people from all over the country. It was able to carry out a series of actions in the 40 days of protest. For the first time in a long while in American history, in 40 States, we got poor folks to take part in synchronized actions and civil disobedience. What that has done is bring together people who usually are apart; leaders from the ranks of the poor are beginning to gather and learn from each other. The Poor People’s Campaign, at this initial stage, is reflective of the condition wherein people are beginning to look for other ways in which they can survive and have a better life. The campaign is really an idea whose time has come. From the initial experience that we are having, it is a very important movement in the US.

PD: What is the historical legacy of the campaign itself?

One of the lessons that you have to draw from history in this country is that you do not unite the bottom and that is what he attempted to do. It is alright for the Blacks to unite as Blacks, or the Latinos to unite as Latinos and women as women, but to unite them as a class, across color lines on the basis of the common plight and against the common exploitative system that is destroying their life – that is a no-no in American history.

The powers that be move on people like they moved on King. He was assassinated and that disrupted the whole process of the Poor People’s Campaign in the 1960s. So we are looking back at that period, and we are saying that the times now are even more conducive and urgent for us to begin to carry out and finish the business that Reverend Doctor King started. This time, we are going to have many Martin Luther Kings and not a movement built around one person where they can turn a movement back and defeat it by defeating its leaders. We have to have a movement that is centered around political education, identifying leaders and having them understand the experiences of the poor people organizing throughout the world, and learning from those experiences so we can systematically develop leaders.

The lesson of the first Poor People’s Campaign comes from King clearly seeing that poverty does not know any color. He saw that the economic system of capitalism was affecting all of us. He understood the history of the ruling classes and exploiting systems and that these ruling classes never exploited and oppressed equally. They have always maintained differences so that they can divide. That is the way they work, and while you have a disproportionate amount of poverty and unemployment affecting those of color, it is beginning to affect the poor whites in terms of absolute numbers . The challenge is in these explosive times is whether we are going to allow them to turn that explosion into an implosion where we end up against each other. Or have we developed the conscious leadership able to come up with the kinds of strategies that unite us as a class, and thereby bring about change in the system.

PD: Is this a moment of hope?

WB: I think it is a difficult moment, but usually in history, a moment of difficulty is also a moment of opportunity, because this is when people are questioning whole ideas and ways of dealing with things and people who are hurting are trying to find a way to get out of the situation. We need leaders that can do the right kind of agitation, education and organizing. I think the time is ripe for that; it calls for that right now and I feel very hopeful for that reason.