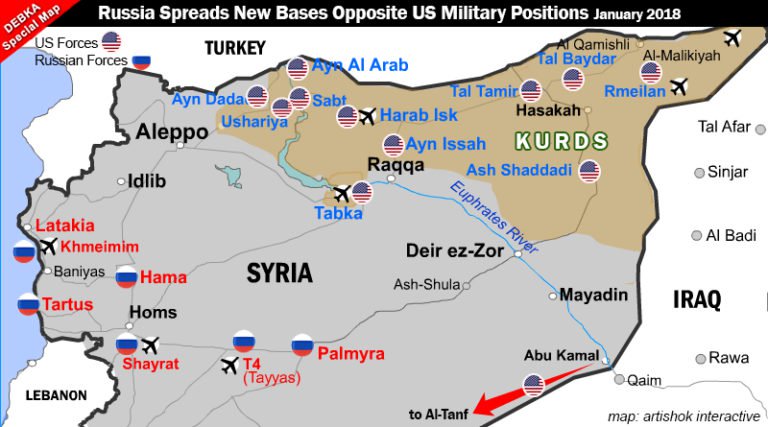 US president Donald Trump’s announcement on Wednesday regarding the withdrawal of the American military from Syria has predictably run into strong headwinds in the Washington Beltway. A formidable coalition appeared overnight – comprising the Deep State, the US defense and security establishment, leading members of the Congress, major media organs – branding Trump as a maverick. However, the fact of the matter is that Trump made a considered decision.

Basically, it was a political call on his part to advance his consistent stance that the US should not intervene in the Syrian conflict – a stance, we may recall, which Michael Flynn had begun fleshing out even before the Trump presidency began in January last year. Why is Trump asserting his political will?

Clearly, Turkey’s threat to launch an operation “any moment” to crush the US’ Kurdish allies and the deployment of Turkish troops on the Syrian border profoundly influenced Trump’s decision making. (See my blog There’s no quick fix to US-Turkish tensions.)

Trump made a phone call to Turkish president Recep Erdogan last Friday to urge restraint and signaling a change of course in the US’ Syrian policy. Erdogan later expressed satisfaction over the phone conversation. The point is, the Turkish threat to attack Kurdish groups inside Syria makes the ground situation completely untenable for the US military. The options for the Pentagon will be either to intervene on behalf of its Kurdish proxies and confront the Turkish military (which is senseless), or to watch passively the complete demolition of the zone encompassing one-third of Syria that the US carved out for itself through the past year or more.

More to the point, there is every likelihood of the US forces, numbering 2,000 soldiers and spread thinly on the ground, getting caught in the crossfire between the Turkish military and its affiliated Syrian opposition groups on one side and Kurdish fighters on the other. If the Turks vanquish and scatter the Kurdish groups, US will be left with no local allies. And it will be a matter of time before the isolated US ‘bases’ in Syria, numbering over a dozen, will face harassment and predatory attacks by the battle-hardened Shi’ite militia trained and equipped by Iran. It can turn out to be a situation like the attack on the Marine barracks in Beirut in 1983.

The specter that haunts Trump is of body bags of American soldiers killed in Syria coming home, which of course, will spell doom for his re-election bid in 2020. Trump understands that there is a Russian-Turkish-Iranian convergence to evict the US forces from Syria and the only way to counter it can be by committing boots on the ground in much larger numbers, which is course unrealistic.

Meanwhile, the Pentagon has been pursuing an invidious agenda of creating a quagmire for the Russians in Syria and acting, therefore, as a ‘spoiler’ in any whichever way it can to frustrate the Russian-Turkish-Iranian efforts to stabilize Syria. Time and again, it was apparent that the US forces in Syria maintained covert links with extremist groups, provided cover for them, and disrupted the operations by the Syrian government forces fighting terrorism. The US role in Al-Tanf on the Syrian-Iraqi border is dubious, shameful and cowardly, to say the least.

Quite obviously, the Mission Creep pursed by the Pentagon commanders has come to a point where real danger exists today of direct clashes erupting at any moment involving the US forces arrayed against the Russian /Turkish / Iranian / Syrian forces. An extremely risky venture of brinkmanship by the Pentagon commanders has been afoot. There is no way Turkey can compromise with the US-Kurdish axis in Syria. Nor are Russia and Iran going to throw away their hard-earned victory in the Syrian conflict to strengthen the government led by President Bashar al-Assad. In a major speech in Moscow on Tuesday while addressing Russian Defence Board, president Vladimir Putin touched on the Syrian situation, underscoring, “We will give Syrians all the support they need.” (See my blog Putin warns US against misadventures.)

Equally, Trump cannot be unaware that there is growing uncertainty about the Saudis bankrolling the US operations in Syria, what with the growing tensions in US-Saudi relations over the Jamal Khashoggi affair. Qatar and Jordan have already pulled out of the “regime change” project in Syria. Suffice to say, Israel is the only American ally in the region, which is today keen on an open-ended US military intervention in Syria.

Trump has been paying a lot of attention lately to mending the fractured Turkish-American ties and to revive the alliance, if possible. Step by step, he has been clearing the debris that had accumulated during the Obama presidency. The extradition of Islamist preacher Fethullah Gülen is a major obstacle, but even here, Trump appears to have set the ball rolling. On December 18, the Pentagon announced the clearance for a possible sale of the Patriot air and missile defence system to Turkey, notwithstanding Turkey’s purchase of the S-400 ABM system from Russia. Trump is also addressing the detention in the US of a top executive of Halk Bank, which has serious political overtones for Erdogan personally. Unsurprisingly, Turkish Foreign Minister Mevlut Cavusoglu acknowledged publicly on December 18 that the climate of bilateral relations is “much, much better” of late. Cavusoglu disclosed that a visit by Trump to Turkey is on the cards.

Having said that, the US’ continued alliance with the Kurdish militia is a red line for Turkey and the relations between Ankara and Washington can never be normal so long as this “unholy alliance” (as Turks perceive it) continues. Ankara will suspect US intentions toward Turkey so long as the Pentagon treats the Kurds as strategic allies, no matter the tactical reasons proffered by the Pentagon commanders.

(US outpost in Manbij area in northern Syria)

Trump understands this. And it largely explains his decision to cut the Gordian knot. Significantly, Cavusoglu discussed the US withdrawal plans in Syria with US secretary of state Mike Pompeo within hours of the news of Trump’s decision.

The heart of the matter is that the US’ regional strategies can never be optimal without Turkey, which has been a “swing” state. Turkey has a vital role to play, not only in West Asia and the Eastern Mediterranean but also in the Black Sea and the Balkans. Above all, Turkey is a NATO power and the alliance loses traction in the southern tier if Ankara does not take active interest, which has been the case in the most recent period. Therefore, on balance, American regional strategies have much, much more to gain out of Trump’s decision to disengage from direct military intervention in Syria and to resuscitate the relations with Turkey and re-energize the old partnership.

Of course, interest groups and war profiteers (“military-industrial complex”) in the US will castigate Trump for his decision to order the halt of the gravy train. But their main argument that residual terrorism still remains in Syria is a phoney one, bordering on rank hypocrisy. For it is a matter of time before Russia and Iran and the Syrian government forces with their affiliated militia will make mincemeat out of the terrorist groups that have taken shelter in the US- controlled zone in eastern Syria as well as destroy the US-backed extremist groups ensconced in Idlib. Plainly put, the fight against terrorism will be taken to its logical conclusion as soon as the US forces get out of the way and Pentagon is prevented from playing the spoiler’s role.

Therefore, paradoxically, the decision to pull out from Syria and the rebooting of the Turkish-American alliance can only improve the US’ capacity to influence the Syrian peace process, and regional politics in general. Interestingly, Trump’s announcement came just as agreement was reached in Geneva on the composition of the committee to write a new constitution for Syria, which is a defining moment in the UN-brokered peace process.