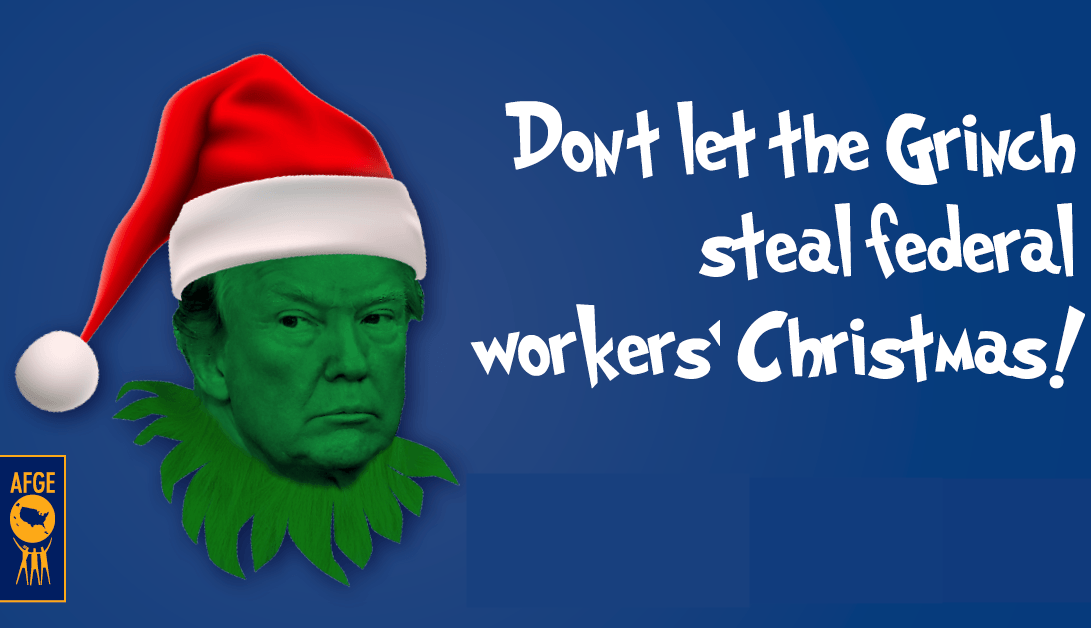 A poster by AFGE.

America’s largest labor union, American Federation of Government Employees (AFGE), representing approximately 700,000 federal employees, sued the Trump administration over the partial government shutdown on Monday. In their lawsuit, they accused the government of illegally forcing more than 400,000 employees to work without pay, and sought damages for the same, the AFGE said, in a press statement on its website. The partial government shutdown began on December 22.

The workers concerned are considered “essential employees” of the federal government and therefore must report to work even though they are not getting paid. They include workers dealing with homeland security (border patrol, air traffic control, TSA), justice, social security, medicare, Medicaid, United States Postal Service, veterans’ hospitals and benefits and food stamps, in addition to active duty military personnel. The US Congress has approved back pay for federal employees once funding for the affected departments is restored, but almost all these departments are running out of carryover funds to pay their employees as the period for the next paycheck ends on January 5. Other departments that will either be completely closed or see limited operations are national parks, the IRS and tax refunds, State department services, and environmental and food inspections.

David Cox Sr., national president of the AFGE, was quoted in the statement as saying, “Our members put their lives on the line to keep our country safe; requiring them to work without pay is nothing short of inhumane. Positions that are considered ‘essential’ during a government shutdown are some of the most dangerous jobs in the federal government. They are frontline public safety positions, including many in law enforcement, among other critical roles. AFGE members and their families deserve the decency of knowing when their next paycheck is coming and that they will be paid for their work. Our intent is to force the government and the administration to make all federal employees whole.”

The partial shutdown went into effect after the United States Senate rejected president Donald Trump’s demand of 5 billion dollars for the construction of a wall on the US-Mexico border. Trump has refused to sign any spending bill that doesn’t include the $5 billion for the border wall. The Republican-controlled US House of Representatives had earlier passed a bill which included the $5 billion, but the Democrats in the US Senate rejected it. The bill needs 60 votes in the Senate to pass.

The Senate had meanwhile passed a bipartisan short-term spending bill which didn’t include funds for the border wall, but Trump refused to sign it as the House still hadn’t voted on it. The discussions also saw vice-president Mike Pence put forward a ‘compromise’ deal with $1.6 billion allotted for the wall. The proposal was rejected both by the Democrats who are largely against the wall and hardline Republicans who felt the amount was not enough. The Democrats will take back control of the House on January 3.

The wall is part of Trump’s larger campaign against migrants, especially from Latin American countries. Many of these migrants are forced to leave their homelands due to the policies of their governments which are supported by the US. Nonetheless, the US administration has taken a very harsh approach to them, often using lethal force, and pressurizing Mexico to do the same. On Tuesday, US agents fired tear gas at nearly 150 migrants who were attempting to cross the Mexico border. In the last week of December, two children from Guatemala died of illnesses while in the custody of the US Customs and Border Protection.