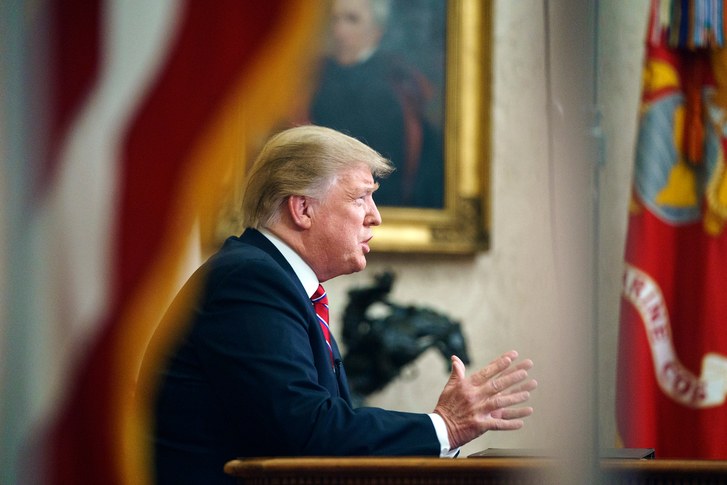 United States’ president Donald Trump once again resorted to fear and hate in a hyperbolic, anti-immigrant speech in his first ever prime time television address from the Oval Office of the White House on Tuesday. As the partial government shutdown in the United States passed its 18th day, Trump warned the American public that the US is facing a “humanitarian and security crisis” on its southern border with Mexico, and that it has become “a crisis of the heart and a crisis of the soul”.

Affixing blame to the Democrats for the ongoing shutdown, Trump repeated his demand for funds for the construction of a wall on the US-Mexico border by urging American lawmakers, mainly Democrats, to approve the $5.7 billion that he has asked for.

The President is scheduled to visit the Southern border on Thursday in an attempt to garner more public support for the wall. Trump has also reportedly been discussing declaring a national emergency in the US using his presidential powers which would give him access to the funds without having to obtain congressional approval. He also re-emphasized the need for a border wall by citing the flow of illegal drugs to the US from across the border.

However, critics argue that the Trump administration is overblowing the security aspect of the situation, and its zero tolerance policy towards immigrants is largely to blame for the humanitarian crisis that has been created on the border.

“Law enforcement professionals have requested $5.7bn for a physical barrier,” he said. “At the request of Democrats, it will be a steel barrier rather than a concrete wall. This barrier is absolutely critical to border security. It’s also what our professionals at the border want and need.” He further argued the case for the wall funds by saying, “this is just common sense. The border wall would very quickly pay for itself. The cost of illegal drugs exceeds $500bn a year, vastly more than the $5.7bn we have requested from Congress. The wall will also be paid for indirectly by the great new trade deal we have made with Mexico.”

While making his speech, Trump also narrated graphic details of murders in the US that he alleged were committed by undocumented immigrants. One of those, he mentioned, was the murder of the Indian origin police officer, corporal Ronil Ron Singh in California, who was killed in a shooting at a routine traffic stop a day after christmas.

The accused, allegedly an undocumented immigrant, named Gustavo Perez Arriaga, has been arrested and is under police custody. Trump described corporal Singh as an American hero saying that “America’s heart broke the day after Christmas when a young police officer in California was savagely murdered in cold blood by an illegal alien (who) just came across the border. The life of an American hero was stolen by someone who had no right to be in our country.” Trump had also last week spoken with the Corporal Ronil Singh’s widow, Anamika Chand-Singh, and his colleagues at the Newman Police Department, praising his service and offering condolences.

The federal government has been partially shut down since December 21, and as a result, approximately 800,000 federal employees are either furloughed or working without pay. Trump has refused to sign any spending bill to end the shutdown that does not include the $5.7 billion.

After taking control of the House on January 3, Congressional Democrats immediately passed a two bill spending package which included $1.3 billion for border fencing and $300 million for other border security equipment like technology and cameras. But the Republican Senate majority leader Mitch McConnell has refused to bring any bill onto the senate floor for a vote which Trump is not going to sign.

The US-Mexico border has witnessed a number of incidents of violence in the recent months, with US border authorities firing tear gas into crowds of immigrants assembled at the border. Two children have also died in border patrol custody.

Even though Trump constantly rails against what he describes as ‘massive illegal immigration’, researchers have pointed out that irregular immigration has actually drastically decreased. In 2000, the US government had apprehended 1.6 million people trying to cross the border without papers. In 2017, that number was 310,531, the lowest figure since 1971.

They have also noted that most people staying in the US without papers actually enter legally by air or sea and thereafter overstay their visas, a number which stood at 600,000 in 2017. 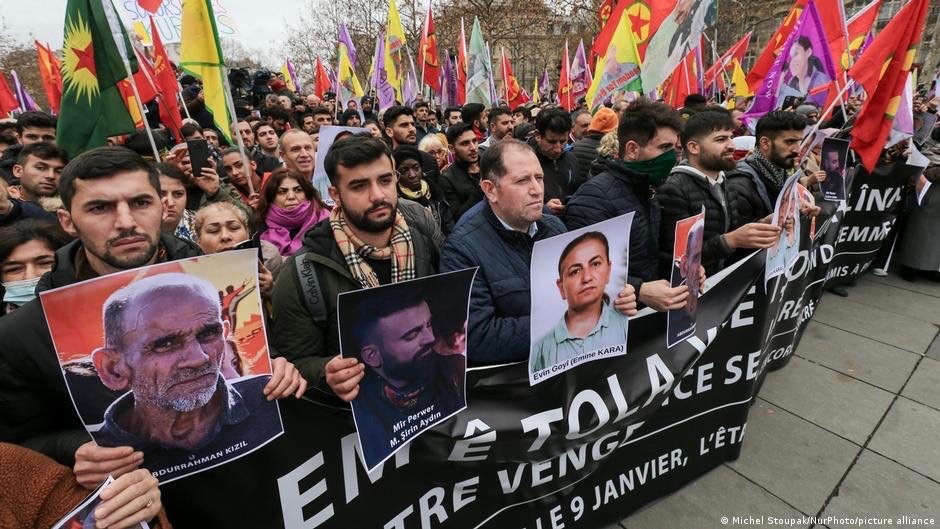