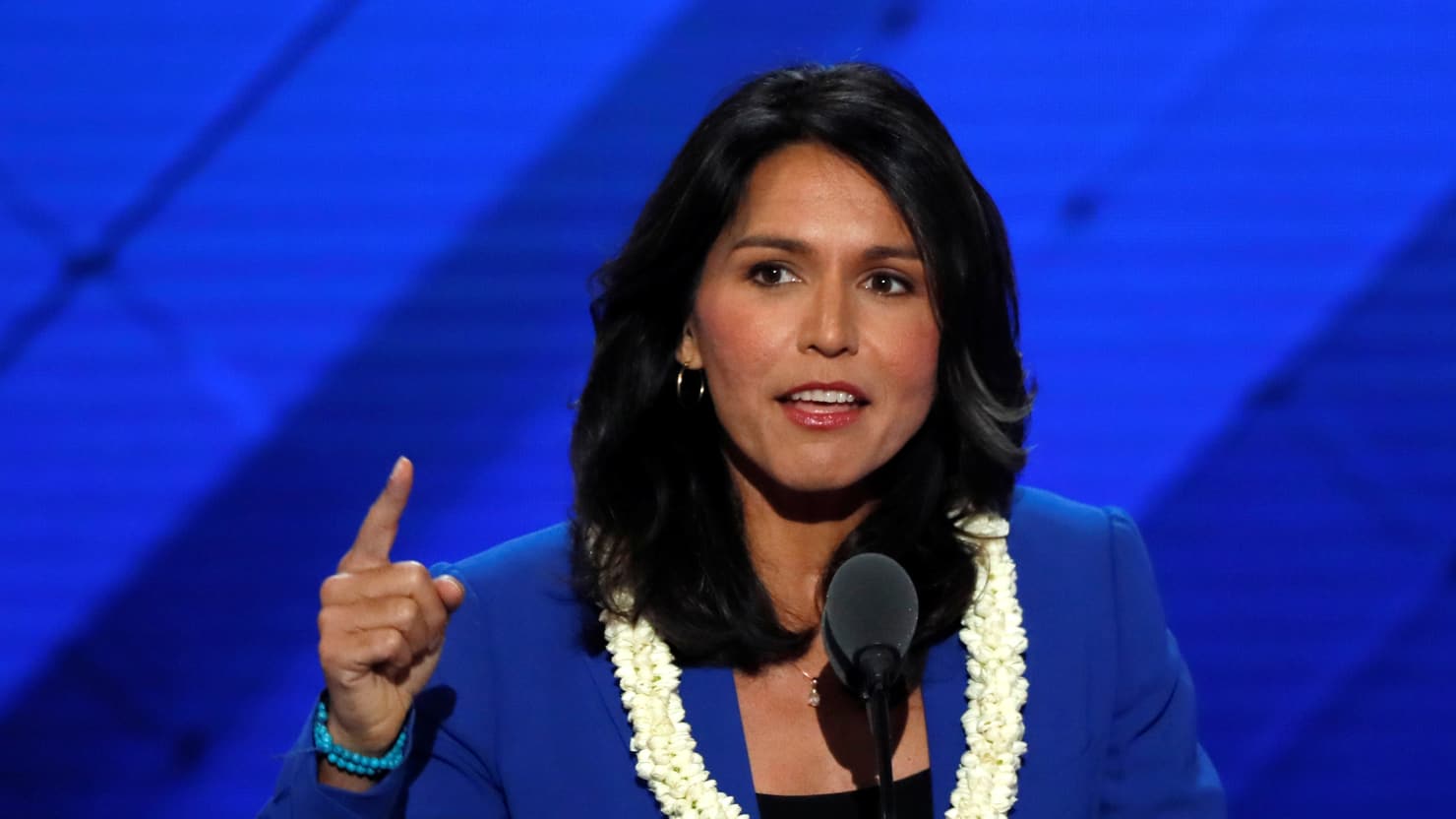 Tulsi Gabbard recently announced her plan to contest for the Democratic primaries. Photo: The Daily Beast

A recent report by NBC news, which claimed that Democratic presidential aspirant Tulsi Gabbard was backed by Russia, was severely undermined by revelations of the lack of credibility of its source. Under the catchy headline, “Russia’s propaganda machine discovers 2020 Democratic candidate Tulsi Gabbard”, American outlet NBC news carried an article intending to demonstrate that Russia was backing Tulsi Gabbard, the current U.S. representative for Hawaii’s 2nd congressional district. Gabbard announced her plan to contest for the 2020 presidential election last month.

Gabbard, consistent with her previous position regarding American intervention in Iraq and Libya, has been a vocal critic of US attempts to overthrow Assad’s regime in Syria. Citing this as the reason why Russia finds her amicable, the article claimed that “experts” tracking websites and social media accounts “linked to Kremlin” noted the “first stirrings of an upcoming Russian campaign of support for Gabbard.”

“Within a few days of Gabbard announcing her presidential bid,” the article stated, “DisInfo 2018, part of the cybersecurity firm New Knowledge, found that three of the top 15 URLs shared by the 800 social media accounts affiliated with known and suspected Russian propaganda operations directed at U.S. citizens were about Gabbard.”

Further, the report added that the firm’s analysts have “spotted “chatter” related to Gabbard in anonymous online message boards, including those known for fomenting right-wing troll campaigns. The chatter discussed Gabbard’s usefulness.”

Only a day after its publication, Glenn Greenwald exposed the NBC’s report in an article for the Intercept. The NBC had concealed from its readers that the cybersecurity firm whose findings it reported was the same as one that was exposed last December for faking Russian interference in the Alabama state elections.

In an effort to malign the Republican candidate, Roy Moore, New Knowledge undertook a secret operation to create thousands of fake Russian accounts on social media, which then began following Moore’s campaign and sharing its coverage.

“We orchestrated an elaborate ‘false flag’ operation that planted the idea that the Moore campaign was amplified on social media by a Russian botnet,” stated an internal report of the firm cited by the New York Times.

The CEO at New Knowledge, Jonathon Morgan, who had helmed the operation, then used his cybersecurity expertise to expose these “Russian accounts” in order to make the voters believe that Moore, who lost the election, had Kremlin’s backing.

While concealing this information about the firm’s fraudulent background from the readers, the NBC’s article sought to give it credibility by referring to New Knowledge as the “the company the Senate Intelligence Committee used to track Russian activities in the 2016 election”.

However, far from giving any credibility to New Knowledge, NBC’s shoddy operation has only served to raise further questions about Senate Intelligence Committee’s finding that Russia had intervened in 2016 elections – a conclusion the committee arrived at by using the services of a firm caught for faking Russian interference.