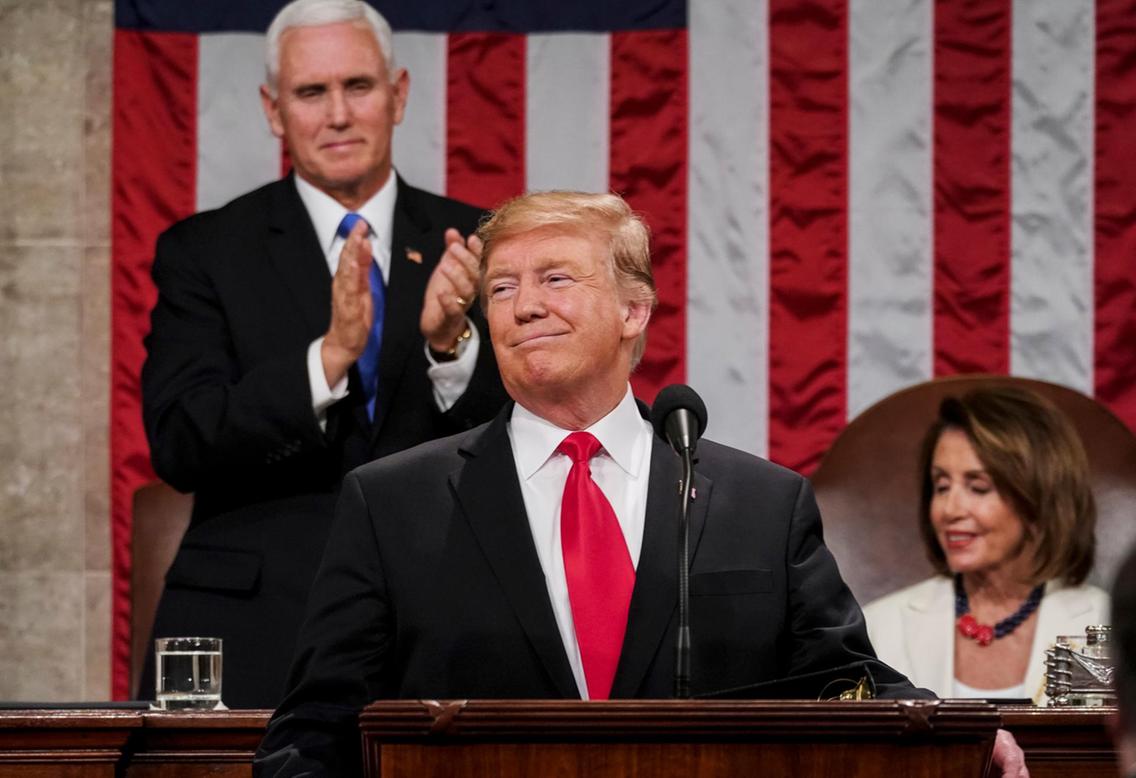 The US is no longer interested in deterrence, but in winnable nuclear wars and complete global dominance.

The US decision to withdraw from the Intermediate-Range Nuclear Forces Treaty (INF Treaty) on February 1, follows closely its production of low-yield nuclear warheads and plans to deploy them. To complete this picture, the US released last month its Missile Defense Review, which in essence repeats Donald Trump’s speech at the Pentagon that the US is developing capabilities that can detect and destroy any missile anywhere, anytime, anyplace. Trump said, “A space-based missile defense layer … is going to be a very, very big part of our defense,” Trump said. “And obviously of our offense. We will ensure enemy missiles find no sanctuary on Earth or the skies above.”

If we put all of these measures together, the US is no longer interested in deterrence, but in winnable nuclear wars and complete global dominance.

The INF Treaty – which limits nuclear capable missiles in the range of 500-5,500 kilometers – was designed explicitly to prevent Europe from becoming a theater of nuclear war. It was an agreement between the US and the then Soviet Union and its successor state, Russia. France, the UK and China, the other three nuclear powers were not included in this treaty.

The immediate “provocation” — according to the US — is Russia developing an unnamed nuclear-capable, land-based missile, which is banned by the INF Treaty. Russia has called time and again for discussions on this issue, raising its own concern about US installing nuclear-capable missile batteries near its borders that are banned under the INF Treaty. All of these have been met with silence, while issuing repeated calls for a unilateral dismantling of these unnamed Russian missiles. This time, too, the US has given Russia formal notice of its withdrawal from the Treaty within 180 days, unless Russia dismantles its unnamed, non-conforming intermediate missiles. Without any discussion on the so-called offending missiles. And even if we take – as many “experts” tell us – the need to include China in the INF Treaty, the US has made no such move to extend the INF Treaty to include other nuclear states.

The INF Treaty withdrawal is clearly a Trump-Bolton (US national security advisor John Bolton) move to dismantle the entire nuclear restraint regime worked out between the US and the Soviet Union in the 70s and the 80s. In his 1984 State of the Union address, an initially hawkish Ronald Reagan had finally recognised, “A nuclear war can never be won and must never be fought.”

The only remaining treaty left now is the New START that caps the number of nuclear warheads between the two countries. It is set to expire in 2021 unless it is renewed and looks unlikely under Trump.

We have already written in these columns on the INF Treaty, and how Bolton and Trump are using flimsy excuses to withdraw from the treaty. Their actual aim is reasserting US global nuclear dominance, something it did not have except for a brief period post-Hiroshima and Nagasaki, when it was the world’s sole nuclear power. Trump believes that ‘Making America Great Again’ means military dominance of the world, through which the US can dictate economic and political terms to the rest of the world.

Let us take the other two steps – deployment of low-yield nuclear tipped missiles and the Missile Defense Shield – that are as dangerous as walking out of the INF Treaty, and have received much less media attention.

Low-yield nuclear missiles, or tactical ballistic missiles as they are also called, simply lower the threshold of nuclear use. This increases the possibility of using nuclear weapons under battlefield conditions, or as the US is arguing, its use for a “little” deterrence, and therefore more flexibility in striking Russia from the sea. Last year, the Trump Administration, in its Nuclear Posture Review, had talked about induction of such tactical nuclear weapons. The National Nuclear Security Administration has now confirmed that it has started manufacturing these in its Pantex Nuclear Weapons Manufacturing plant in Texas. The US is already manufacturing such weapons for fitting them onto Trident Missiles for its “little nuclear deterrence”.

A little deterrence would mean the same Trident that normally carries full-fledged thermo-nuclear bombs (read hydrogen bombs) will be armed with a smaller bomb. And how is Russia going to know the difference? Wait for such “smaller” bombs to hit their cities before they launch their counter-strikes? Or, say, it is after all such a small bomb – only the size of the Hiroshima one – and we can live with it? And, therefore, not retaliate?

The key argument against such weapons has always been that lowering the threshold in the age of nuclear weapons increases the danger of a nuclear exchange and not lessen it. The Bolton-Pompeo-Trump gang have not produced any argument in favor of this “little deterrence” theory. Introducing battlefield or low-yield nuclear weapons makes much more sense if we see these as a part of global dominance theory, and not deterrence. This is the Trump Gang’s game plan.

The third part of the nuclear dominance vision of Trump and his gang, is the Anti-Ballistic Shield, the much-feared Reagan’s Star Wars program. The Nuclear Posture Review last year, and the recently published Missile Defense Review (January 17, 2019) makes the Trump administration’s strategic vision clear. It proposes a series of missiles to:

The long-term budget of this ABM (anti-ballistic missile) shield is in the range of $1.2 trillion. The US current military budget is $700 billion, and more than 50% of the global military budget. Compared with that, Russia’s military budget is only $61 billion (a part of it being so low is the declining value of the rouble), or 10% of the US budget. Even the European NATO partners spend five times that of Russia, notwithstanding Trump’s claim that US is subsidizing the defense of its NATO partners.

At the moment, we are not concerned with the price US citizens will have to pay for this vision of nuclear dominance that Trump and his gang has unfolded. What is of concern is that the only way that Russia, its strategic competitor, and China, its major economic competitor can respond, is by stepping up their offensive capabilities. If Russia scales up its armaments in the same way that the US is doing, it is in danger of bankrupting itself, similar to what happened to the Soviet Union.

Russia’s response has now been spelled out by President Vladimir Putin, Foreign Minister Sergey Lavrov and Defence Minister Sergei Shoigu (February 2, 2019 at the Kremlin). While Putin does talk about the Russian response being symmetrical, the operative part of what he spells out as Russia’s future plans seems to be to develop more offensive capabilities as a deterrent.

It was argued during Reagan’s Star Wars debate that Russia could easily bypass the ABM shields by faster missiles, multiple warheads, and long-range cruise missiles that would not follow a predictable trajectory. Putin’s announcement of new weapons a few months back and now his explicit green signal to start production and deployment of such weapons seems to follow this course. These include hyper-sonic missiles with speeds exceeding Mach 5 (Mach 1 is the speed of sound) that would certainly defeat any ABM shield that the US is planning. There are more such missiles in the offing, including the land-based Kalibur missile which is an intermediate nuclear missile, banned under the INF Treaty but can be installed now.

Some of the other missiles and weapons are indeed doomsday weapons and endanger all life on earth, the only one we have! So, for all of us, the renewal of the nuclear arms race carries the threat of our extinction.

The Russian response of a renewed arms race comes from its understanding that Trump-Bolton-Pompeo gang are not interested in a dialogue. That is why their refusal to discuss the so-called violation by Russia of the INF Treaty, and its provocative acts of introducing missile batteries with INF capabilities near its borders in Poland and Romania. The US, according to the Russian leadership, is seeking nuclear dominance and nuclear surrender of Russia; something they cannot accept.

The future is either the rule of the hegemon, with its big nuclear stick; or a renewed nuclear arms race. This is Trump’s nuclear doctrine and its consequence. This is why the urgent need for a dormant global peace movement to revive and the people everywhere to fight for peace. It is not just Russia or China that are at risk, but the whole of humanity.