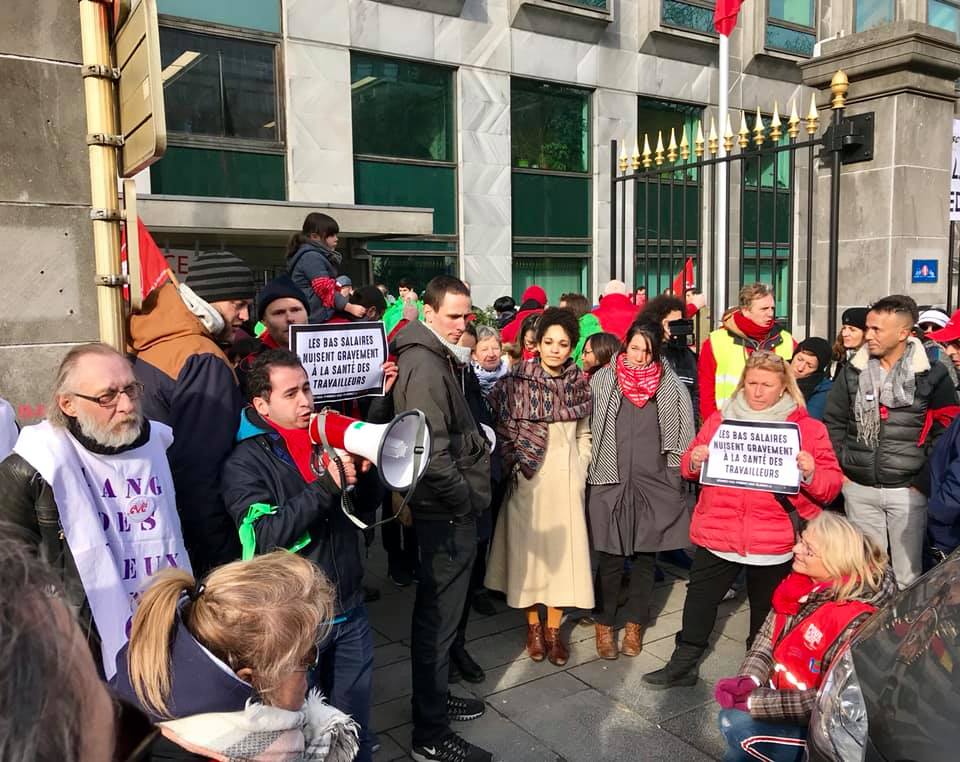 The workers demanded that the minimum wage should be euros 2,300 a month.

The workers of Belgium brought the country to a standstill on February 13 as three major trade unions representing around 4 million workers staged a strike, demanding improvements in pay and working conditions. The strike saw the participation of workers from government offices, schools, industries and the transport and aviation sectors.

The workers raised several demands, including a meaningful wage increase for all employees, an increase in the minimum wage to 14 euros gross per hour or 2,300 euros gross per month, reforms in the existing wage law, lower work pressure and workable work, permanent contracts of indefinite duration and a better work-life balance.

The unions said the government had put in place a 0.8% cap on hikes in  minimum wages for the two years since the law was implemented in 2016 .

The socialist trade union, General Federation of Belgian Labour (ABVV), said that “the Michel government is partly responsible for rewriting the wage bill and pushing it into a too tight a straitjacket. There was a wage margin of 1.8%, but because of the intervention of the government and the new law, we had to do with a meager 0.8%.”

The General Confederation of Liberal Trade Unions of Belgium (CGSLB) said that “in recent years, the press has commented extensively on the health of the economy, the extent of job creation, the shortage of manpower. At the same time, employers’ social security contributions had been reduced…business taxes have been reduced for all companies [and] public services and social security have been reduced”.

The Workers Party of Belgium (PTB) expressed its solidarity with the workers’ strike. PTB spokesperson Raoul Hedebouw, said that “Patrons and government do not even show the least respect for those who run this country. It’s time to reverse [this] logic. That’s why we defend five key measures for increasing the purchasing power that includes removing fee supplements in hospitals, reducing VAT on energy to 6%,  free public transport, increasing pensions to at least 1,500 euros and increasing salaries by 3%.

On December 14, 2018, workers in Belgiam had staged a massive protest against the anti-worker policies of the government. On that day, they went on a 24-hour national strike against the budget cuts and regressive changes in working hours.