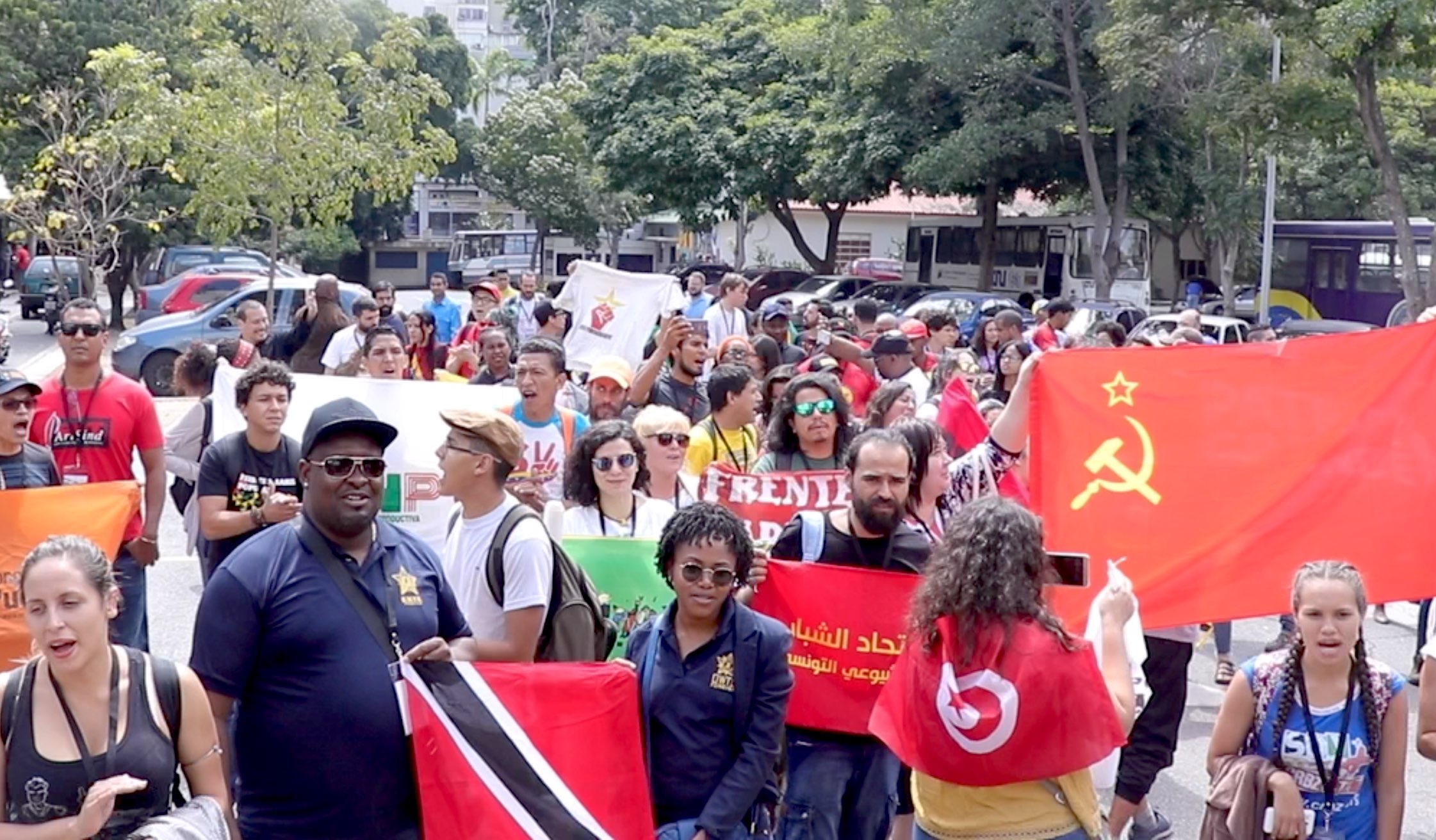 The Youth Brigade comprises around 150 militants from 40 countries from across the world Photo: V. Arun Kumar

“Venezuela is at the center of geopolitical relationships. What happens in Venezuela now, will determine the future of the rest of Latin America…[At the same time] Venezuela is also the center of love, respect and solidarity.” These words by William Castillo, vice-minister of international communications of the foreign affairs ministry of the Bolivarian Republic of Venezuela, summarize the mission and praxis of the Che Guevara Internationalist Youth Brigade that is currently in Caracas to express solidarity with and learn from the experiences of Venezuela.

On February 18, the members of the Youth Brigade interacted with youth leaders of Venezuela, as well as the press. The Youth Brigade comprises around 150 militants from 40 countries from across the world and is mobilizing ahead of an international solidarity meeting with Venezuela. The meeting will see hundreds of militants from organizations across the globe gathering in Caracas.

Addressing members of the Brigade, Cesar Trompiz, dean of the Universidad Bolivariana de Venezuela (Bolivarian University of Venezuela), spoke about the Bolivarian Revolution’s emphasis on education as a right rather than as a service. The university building itself is an example of this. Once owned by the state oil company, the building was handed over to the university as part of Venezuela’s massive and ongoing push towards ensuring education for all.

Today, Venezuela has the highest rate of secondary education in Latin America after Cuba, and while countries in the region pass neoliberal reforms to further the privatization of higher education and slash budgets, Venezuela continues to ensure free public quality education. Education up to the university level is free in Venezuela, and hundreds of students from across the world, including Palestine, study in the university and other institutions in the country. “An ignorant world is what can destroy a people. Venezuela shares what it has, even if it is little.. the right to education is something we share with the people of the world.” Trompiz added.

Trompiz and other youth leaders from Venezuela noted that it was this alternative vision of society that is under attack in the current US-led coup attempt. Education is among the rights that are getting affected by the economic, political and informational war on the people of Venezuela. The members of the Youth Brigade reflected on their experiences of witnessing the impact of this war, both on Venezuela and their own countries.

For the members of the brigade from Latin America, the campaign targeting the legitimacy of Nicolas Maduro has been especially ironic. This is because of the constitutional coups and other illegitimate means that some of their own leaders have used to come to power. Equally ironic is the fact that some of these leaders, who are in the forefront of talking about the economic crisis today, have implemented policies that have impoverished their own citizens. Silvana Broggi of the Movement Patria Grande of Argentina, and one of the organizers of the brigade, commented “I come from Argentina, where president Mauricio Macri’s policies have pushed 50% of the population into poverty, where you see families living on the sidewalk in every street, but Macri just wants to criticize Venezuela”.

The Brigade is set to spend three days – February 19-21 – visiting and staying with different movements and communities building people’s power and engaging in transformative projects. One group will visit the Maizal Commune which is an emblematic space of the Bolivarian Revolution where great strides have been taken in advancing agricultural production from the grassroots and making land reform a reality. The Maizal Commune is home to seven thousand people who are largely small agricultural producers and it is located on land recovered from a large landowner, thanks to the Bolivarian Revolution. The inhabitants who live in the Commune and are part of the 21 Communal Councils of Maizal are carrying out projects of political and technical education for the community, as well as building productive projects and infrastructure.

Other sites that will be visited include two different agro-ecology schools, a glass factory located in Venezuela’s principal industrial city that was nationalized and is now run by the workers, and the Caracas neighborhood of Amatina where the people, with support from Commander Hugo Chávez, received resources to build their own housing projects, as well as other social and cultural community spaces.

In addition to the visits, the Brigade also marks a key moment of planning and mobilization for creating youth-led alternatives. The experiences and learnings of the Brigade will set the stage for a new phase of collaboration among young militants across the world. “The exciting thing about this space is that it will generate a platform of concrete work. We imagine a future that is distinct, we have to work towards this world where there is more inclusion,” said Jorge Vlalta of Somos Otro Beta of Venezuela.

But most of all, the Che Guevara Internationalist Youth Brigade is part of a legacy of resistance and youth leadership. It is fitting that the Brigade is associated with solidarity with Venezuela, a country which has a glorious history of defying imperialism, and has succeeded in substantially increasing the number of youth in positions of responsibility.

In the days ahead, the Brigade will hope to learn from the struggles of the Venezuelan people and visualize the path to building an alternative and just society. As Rodrigo Suñe of the Levante Popular da Juventude (Popular Youth Uprising) of Brazil noted “We are the descendants of those who fought against fascism, those who won the Cuban Revolution…Commander Chávez taught us that the coordination between States was not enough, but that the fundamental thing was the coordination between the peoples to build an alternative project.” 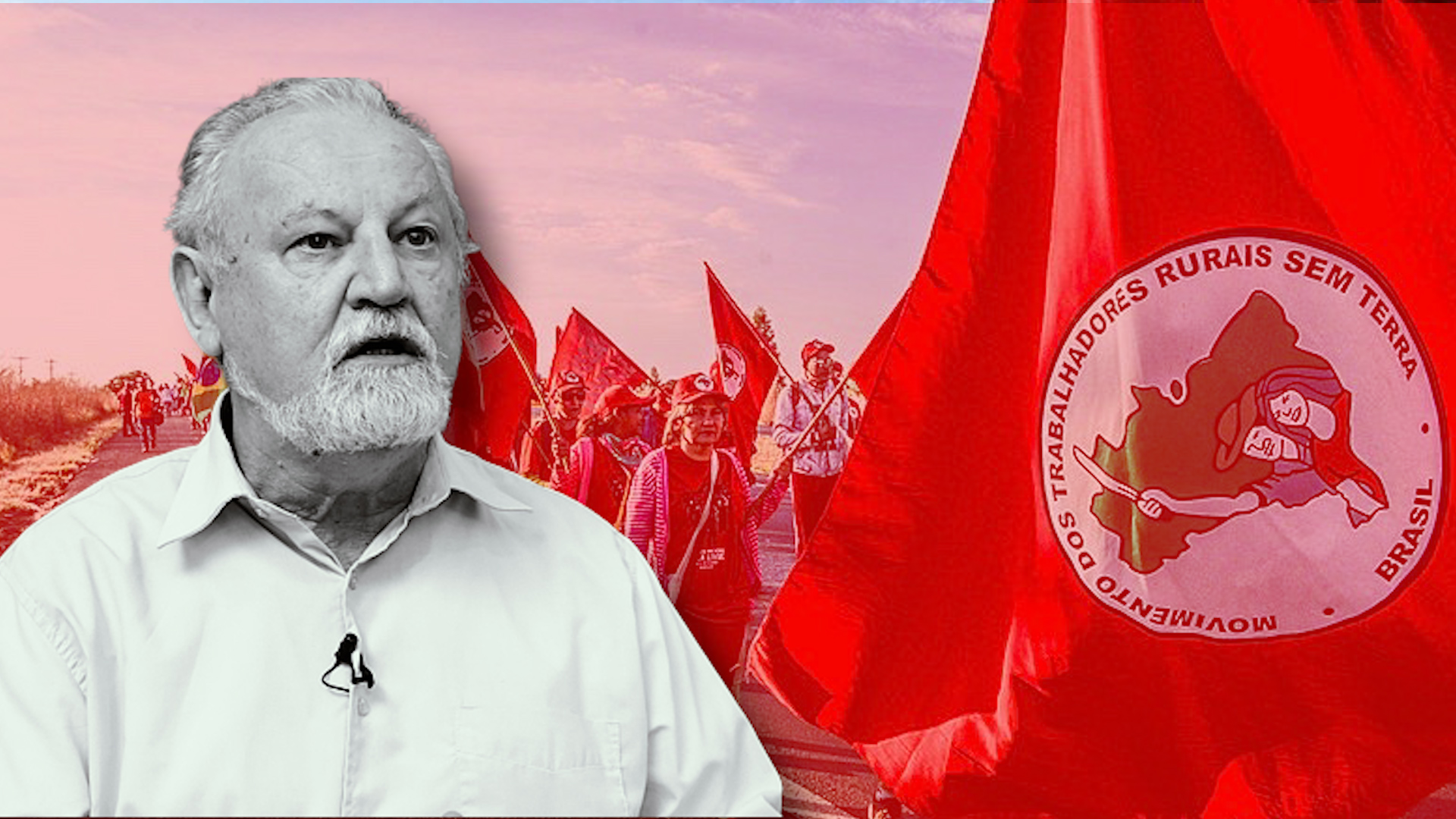