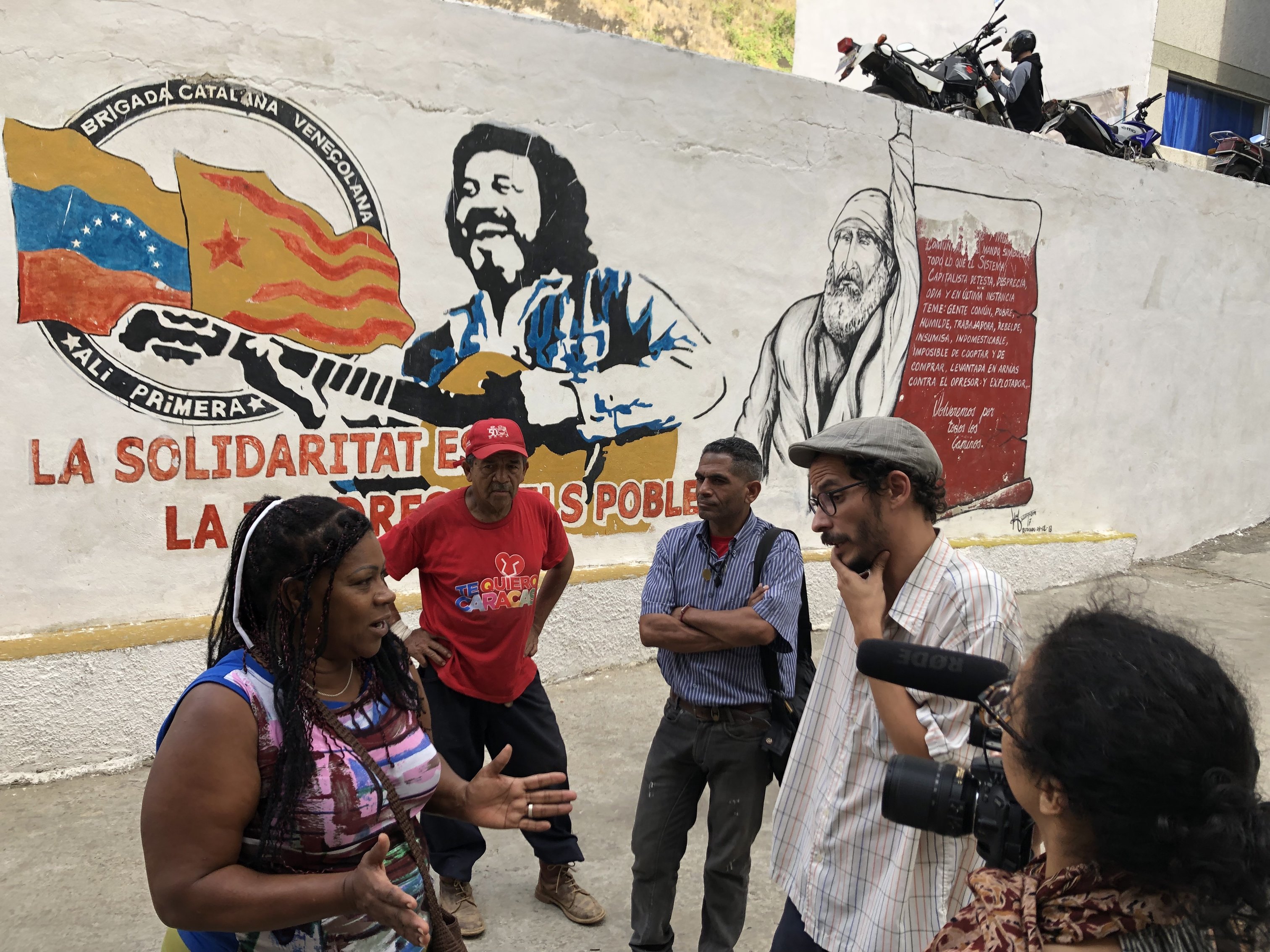 For Venezuelans such as Mariela Machado, who is the head of the community-built Kaikachi housing project in Caracas, the attack on the Bolivarian Revolution is an attack on their very survival. Photo: Vijay Prashad

Mariela Machado is in her late 50s. She is a leader in the housing complex in Caracas, Venezuela, known as Kaikachi in the neighborhood of La Vega. “What will happen if this government falls?” I ask her. “If the government falls, we will be evicted,” she says. “We—the Black, the poor, the working class—will lose what we have.”

It is a sunny day, four days before the 30th anniversary of a major uprising across Venezuela that is known as the Caracazo. On that day, on February 27, 1989, thousands of poor Venezuelans stormed the city. Their frustrations had boiled over. Years of poverty and indignity had eaten into them. Then, without warning, the government raised the price of bus tickets. It was more than they could handle. Caracas burned, and then so did Venezuela’s other cities and towns. The police and army were sent onto the streets. They shot at the protesters. It was a bloodbath.

Hugo Chavez was then in charge of the presidential guard. He was not at his post because he was unwell. When Chavez returned, he shared the mood of his fellow soldiers. They had been forced by the government of the oligarchy to shoot at their families and neighbors. It was something that they pledged never to do again. Chavez sensed the atmosphere of the poor of his country. They were ready to change the system. It was in the ashes of the Caracazo, 30 years ago, that Chavez and his comrades began the Bolivarian Revolution. It is what produced Mariela Machado and it is what she believes that she must defend.

Across Venezuela, there are millions of people like Mariela. They are ordinary people, dirt under their fingernails, pride in their hearts. When the Bolivarians won the election and took power in 1999, 10 years after the Caracazo and 20 years ago, people like Mariela demanded more from the system. In La Vega, they spotted an empty plot of land that had been given to some developers. It was likely to be turned into a shopping center. Mariela, her family and 91 other families occupied the land. They approached Chavez and asked to build houses on the plot. “Can you do it?” Chavez said to them. “Yes,” Mariela told Chavez. “We built this city. We can build our own houses. All we want are machines and materials.”

The word “Chavista” has a resonance. It refers to those women and men who are loyal to Chavez and to the Bolivarian Revolution. It is not uncommon to see t-shirts with Chavez on them, his image ubiquitous on the walls. These are not people who have become rich or become powerful. They are part of a movement to chip away at hundreds of years of inequality. They remain poor, but now they have some resources to live without desperation.

Hyper-inflation is depressing. But, the poor in places like Kaikachi benefit from subsidized flour for the bakery and subsidized food for the kitchen. The distribution of food is not perfect, but it saves people from the worst impact of the collapse of the oil prices and the U.S. sanctions.

The day before I meet Mariela, I go to a rally at Santa Capilla on Urdaneta Avenue. It is a rally organized by the Chavistas of Caracas to demonstrate their opposition to the threats of war from the United States. These are women and men who have the marks of hard work and poverty on their bodies. They huddle to each other, homemade signs with the faces of Chavez and Venezuela’s President Nicolas Maduro, with enthusiasm. One sign held by an elderly couple is very moving: We are the Invisible. We are the Invincible. We will overcome.

As I listen to Mariela, I think of that sign. She is not part of the debate in the West around democracy and humanitarianism, about war and peace. Her voice is utterly outside the debate. People like her, she says, have their own criticisms of government policy, but this is—as she put it—an internal debate. “We can deal with the internal struggle,” she says, “and we will fight against any attack on Venezuela. We will defend ourselves.”

So much needs to be changed, says Mariela. We are poor. We have no resources. We have bad habits. We need time to develop our revolution. “Our revolution has to be done. It has to happen. It is in process.” A man nearby tells me that socialism is not a utopia. It is a difficult journey. The Chavistas mobilize almost weekly. They are on the streets to reaffirm their commitment to defend this difficult process.

In front of Kaikachi is a middle-class apartment building. Sometimes, Mariela says, people from that building throw trash and bottles into Kaikachi. “They want us to be evicted,” she says. If the Bolivarian government falls, Mariela points out, a government of the oligarchy will take the side of those residents. They will revoke any title that the 92 families have to the land. They will hand it over to a landlord, who will raise the rents and squeeze the poor.

Right now, Mariela says, Venezuela faces an economic war from the United States and its allies. If the government in Caracas falls, she says, Kaikachi will face its own embargo from the government of the oligarchy, from the middle-class neighbors and—most of all—from the landlords. Their dreams of a better life will end.