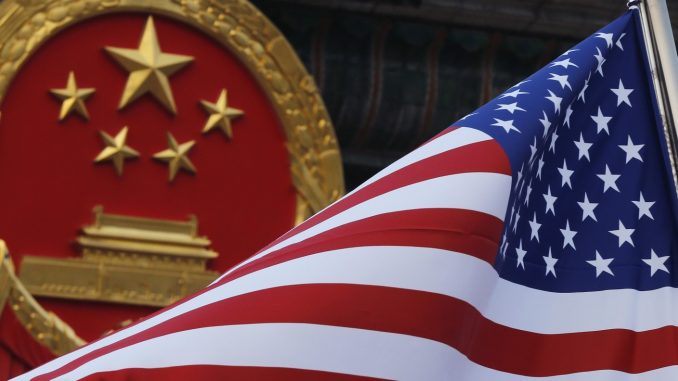 The prolonged trade dispute between the United States and China, largely popularized in the media as the ‘trade war’, seems set to end. As the March 2 deadline for a deal is fast approaching, US president Donald Trump reportedly said in a press conference that the two nations are “very very close” to a deal acceptable to both. But the question that needs to be asked, as the two economic giants go back to business as usual, is who really won this trade war.

On the face of it, it would seem that Trump got what he wanted. With China agreeing to buy more agricultural products from the US, and assuring to fortify the intellectual property rights, there seem to be quite a few concessions forthcoming from the socialist giant. Although the US began the bitter trade dispute, it does not look like they will be reciprocating with a similarly large set of concessions from their side.

But, if one were to read more closely the implication of what is being agreed upon, to judge a victor would require a far more nuanced treatment. Trump’s economic brinkmanship, that held the Chinese economy a virtual hostage, seems to have worked in securing several gains to some of the domestic agro-businesses. But apart from that, unlike what the Trump administration would have us believe, US industries and manufacturing will not witness any rejuvenation as they intended. China’s concessions seem significant only in terms of the very little that the US has agreed to in response, but all it seems to have achieved is bring things back to the way they used to be, changing nothing.

Talking to Peoples Dispatch, Biswajit Dhar, professor of economics at the Jawaharlal Nehru University in Delhi, said that arriving at a deal is a “face saver” for both sides. According to him, the Trump administration did not gain anything meaningful in terms of boosting its industrial sectors, which was their primary objective in the long run. He talked about a key subject of dispute, which is the supposed lack of protections for intellectual property in China, especially the allegations of China forcing US companies into sharing technology and of intellectual theft. “China can’t produce any verifiable evidence that it is not doing the kind of things that the US is accusing it of… it is simply not verifiable… in fact, even claiming that China did these things is not verifiable,” Dhar said. He used the fact that the US companies, which China allegedly forced into technology transfers, are yet to go on record stating these supposed thefts to illustrate that the allegations are entirely that of the US administration. “Even after a deal,” he adds, “where China assures that it would not let anything of this sort from happening, there is no way to verify that either.” The only thing then for China to guarantee the United States would be to allow its goods access to the Chinese consumer markets which, according to Dhar, is also limited since US does not produce goods that are not already available within China.

And since it is more likely for things to go back to what they used to be, before the first tariffs were imposed in June 2018, what was the point of this tug-of-war on trade? Part of the reason for initiating, and then escalating, the trade dispute by the US could be Trump’s realization that his vote base is eroding. Apart from his demagoguery, and the white supremacist dog whistling, Trump had offered the promise of rejuvenating the nation’s industries by punishing China, whom he blamed for the industrial decline. It is speculated that the only reason his Republican Party could win most of the states, and hold on to the Senate, with narrow margins, was because the trade war arrested the erosion of his popularity.

A more fundamental reason could be the fact that US technology companies were not able to withstand the competition that their Chinese counterparts were putting up in both the global consumer markets, including China and the US. The concern of the tech companies was at the heart of the dispute, considering how the Trump administration used the falling behind of such giants as Apple, Microsoft, Dell, IBM, etc. as illustrations for allegations of intellectual theft and unfair trade on the part of China. Even though Trump’s entire campaign was based on “punishing” China for the US trade deficit, he only started taking it up in international platforms in 2018, a full year after taking office. The raising of the dispute was, in fact, triggered by the downward revision of the 16-year forecast of Apple’s earnings from China in January 2018, which caused its share values to collapse almost immediately, reverberating across the US tech industry.

The trade war marginally benefited these tech companies for a while but by the near end of 2018, especially after the arrest of Meng Wanzhou in early December, tech giants the world over felt the pain. This could be one of the reasons why, by January this year, the Trump administration has been cooperating quite well with the Chinese government. It is possibly also the reason why the deal that they have come “very very close” to is described by Biswajit Dhar as a “face saver”.

This does not mean that China emerged as the real victor here. On the contrary, China, which suffered a very noticeable slowdown in its growth because of the trade war, was very much in need of a deal. US is the biggest market of Chinese manufacturing, having a largely saturated consumer domestic market. It cannot replace it with another consumer market, without undergoing a recession itself. Although Dhar said that China will continue to sell its goods in the US for the foreseeable future, he and many others cannot seem to ignore the uneasiness of the Asian giant. The trade war seems to have been less of a wake up call and more of a rude awakening to the bellicose, and nearly suicidal, extent to which the US can go to get what it wants, and to how much power it continues to hold over global trade. The lessons from this trade dispute will probably push China, known for its long term centralized planning, into taking greater control of trade outflows and gradually bringing down its dependence on the US to buy its goods.