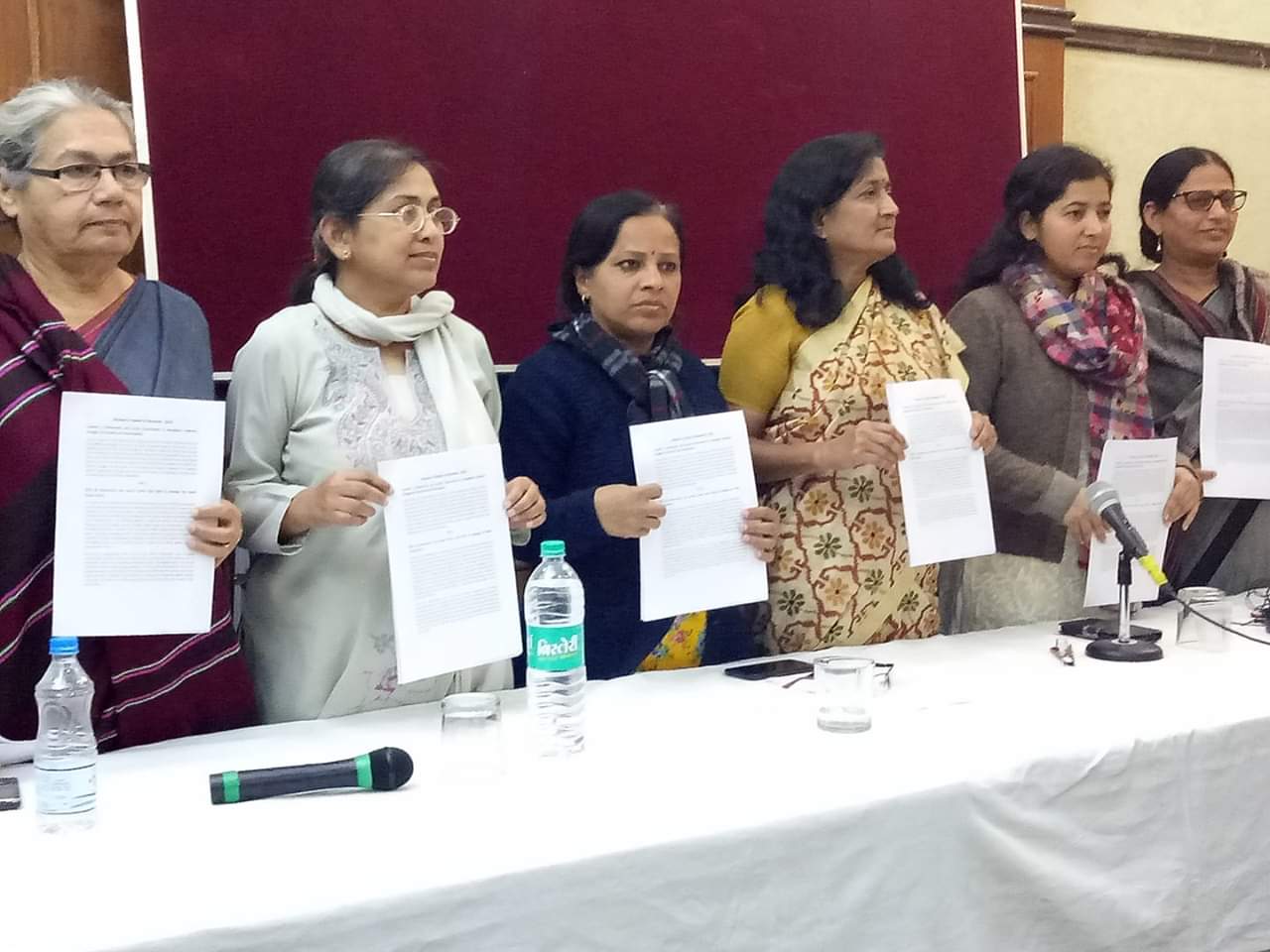 The organizations described the coming elections as an "opportunity at the same time to dislodge the nightmarish regime of violence, fear, hunger and unemployment unleashed by the RSS-BJP dominated Modi government"

Highlighting growing caste, religion-based and gender violence during the past five years of the Narendra Modi government, as well as attacks on rights such as food, education, health, employment, wages and reservation of seats in parliament, several women’s organizations last week presented an 11-point charter of demands to political parties. This comes ahead of the Indian elections which are scheduled to begin on April 13.

Seeking inclusion of these demands in election manifestos, Mariam Dhawale, general secretary of the All India Democratic Women’s Association (AIDWA), said at a press conference here that the increasing violence against women and the government’s inaction towards it was very worrisome.

Describing the 2019 elections as one of the most “difficult challenges in front of all secular democratic forces in the country and an opportunity at the same time to dislodge the nightmarish regime of violence, fear, hunger and unemployment unleashed by the RSS-BJP dominated Modi government in the last five years,” Dhawale said issues like political reservation, food security and price rise, among others, were crucial.

The joint charter has also demanded universalization of the public distribution system (PDS) to exclude only taxpayers and to ensure a minimum entitlement of 35kg of foodgrains per household and ration cards (which are necessary to access the PDS) to all, especially single women, unorganized sector workers, disabled, migrants and street dwellers.

Taking a dig at BJP’s ‘hypernationalist’ campaign after the recent India-Pakistan tensions, Chaya of PMS said, “The government today portrays that Pakistan is our biggest enemy, but the deplorable condition of our women under this regime is not Pakistan’s fault! Who is accountable for such heinous crimes against women and why do such perpetrators roam freely? It is because our government has failed to ensure our safety and is instead busy on dividing people on caste, class, community etc.”

The charter points out that the horrors of rising religious and caste fundamentalism within Hindu society are revealed in growing incidents of ‘honor’ crimes in Modi’s four years (79% rise just in one year, 2014-2015). “If Modi is a champion of women’s causes, how is it that he has not moved a finger to bring in stringent legal measures against such crimes? …This lack of concern for oppressive customs which victimize Hindu women lays bare the hypocrisy of shedding crocodile tears for divorced Muslim women by criminalizing triple talaq [a custom whereby a man can divorce his wife by merely stating the word ‘talaq’ (divorce) three times] after it has already been made illegal by a Supreme Court order. This ethics of divisiveness and hatred is strengthened by the official and unofficial leanings of the party in power”, the charter adds.