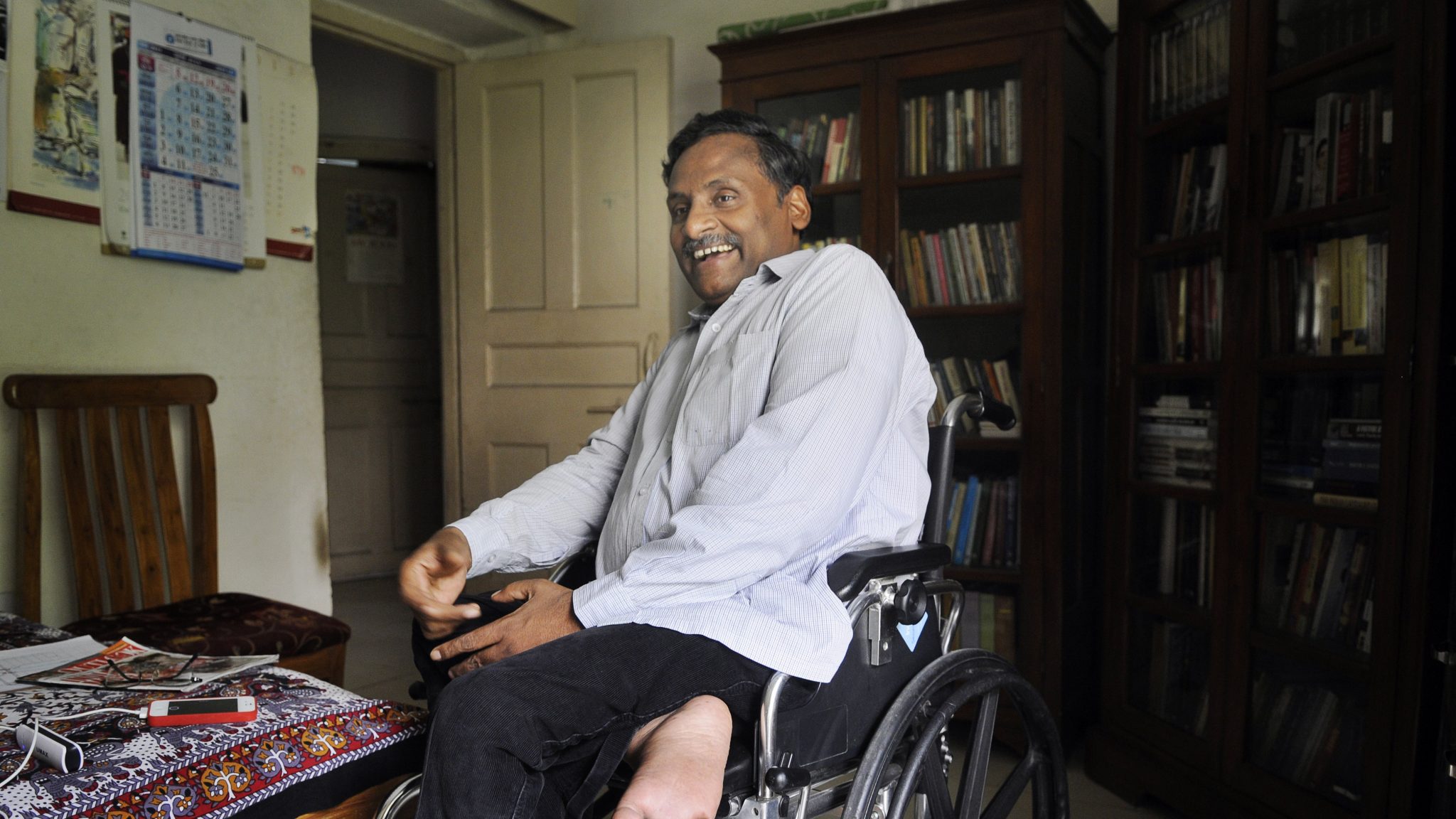 Saibaba, who suffers from post-polio paralysis and other debilitating ailments, has alleged serious medical neglect at the hands of the authorities

On Monday March 25, an Indian court ruled to deny bail to political prisoner G. N. Saibaba. Saibaba has been serving a life sentence in the Nagpur jail in the Maharashtra state. Saibaba, formerly an English professor at the University of Delhi, was convicted in March 2017 on charges of association with the Revolutionary Democratic Front (RDF), which is allegedly affiliated to outlawed Maoist organisation, Communist Party of India (Maoist). Saibaba was held guilty of conspiring to wage war against India and was convicted under India’s draconian anti-terror law, the Unlawful Activities (Prevention) Act.

Professor G. N. Saibaba is a tireless defender of the rights of the indigenous people in India, specifically in the mineral-rich areas in the northeast of India. He worked with activists and movements to investigate and struggle against the national and multinational corporations, which extract resources from the region at the cost of the environment and displacement of indigenous communities.

The latest bail application was filed primarily citing medical reasons. It was stated that Saibaba – who is wheelchair-bound due to post-polio paralysis – was suffering from multiple ailments which required surgery and continuous medical treatment. Even before his trial, he was diagnosed with maladies in the pancreas and gallbladder necessitating immediate surgery, which could not be performed due to his conviction. His situation has worsened due to being in prison. He developed spinal problems and kidney ailments as well, said the application.

Vasantha Kumari, wife of Saibaba, filed an affidavit stating that prison authorities were not giving him the prescribed doses of life-saving medicines. She reported that he was in acute pain and had fallen unconscious in his cell several times since his conviction and was unable to perform basic bodily functions such as urination, without severe pain. His brother Dr. Gopikrishna, too filed an affidavit stating that he was in need of urgent medical treatment, given the progressing nature of his complex ailments affecting multiple organs.

However, prison authorities opposed his bail stating that Saibaba was provided with necessary medical treatment and special facilities. They added that he was being regularly examined by the Doctors of Central Prison as well as Government Medical College and Hospital (GMCH) and he was taken to Super Speciality Hospital (SSH), Nagpur, as and when required. Based on the records, the division bench of justices P. N. Deshmukh and Rohit B. Deo expressed satisfaction with the facilities and treatment given to him by prison authorities.

Saibaba himself countered the claims of the court through letters addressed to his wife and the judges hearing the case, where he provided detailed information of the medical neglect he has been facing and updates on his health condition.

“With the fast deteriorating health condition and in the context of the development of complexities, the prison’s Chief Medical Officer in consultation with the doctors of GMCH and the Dean of the Government hospital decided to send me to the Departments of Cardiology, Neurology and Neurosurgery immediately. Unfortunately, there are no adequate faculties and methods of conducting the required investigations available at Government Medical College Hospital (GMCH), and GMCH Super specialties hospital, Nagpur. These Departments have already recorded non-availability of the facilities in the medical records earlier in 2014 and 2018. As there is no alternative here, I will be sent to these departments next week for immediate and emergency treatment whenever possible. …

Though they have decided to send me to the above six departments now after repeated recommendations for the same in the past two years, it is not possible in practical terms to avail any minimum medical treatment because of the following reasons:

As my condition has worsened, the escort police personnel now have to literary lift me in their hands to shift me to the vehicle, to the wheelchair, and to the hospital bed every time. They are untrained to do this and reluctant fearing inadvertent wrong handling resulting in further damage. Similarly, the two helpers in my cell have turned increasingly reluctant to continue as my position has been developing increasingly vulnerable for them to handle. They are no longer in a position to handle me.

The court also refused to accept arguments for suspension of sentence based on the merits of the case. It said that normal parameters for suspension of substantive sentence cannot be applied in the instance case, considering the “serious nature” of offences involved. “As on going through the observations of learned trial Judge, applicant’s involvement along with other co-accused is found to have link and they were acting for alleged naxalite (historical name of the Indian Maoist movement) and banned organisation, i.e. Communist Party of India (Maoist) and its frontal Organisation, i.e. RDF, assisting naxals on the basis of secret codes to facilitate them to reach their goals, the material produced forms a complete chain establishing applicant’s involvement in the present crime along with other accused and as such, merely because applicant was on bail during trial, that by itself cannot be a ground to allow the application even on merits”, observed the court.

Commenting on his conviction, Amnesty International said it “believes that the charges against G. N. Saibaba are fabricated and that his trial did not meet international fair trial standards”. Many in the academic fraternity criticized the Gadchiroli court’s verdict as based on presumptions and conjectures.

Several human rights activists across the world have expressed concern over his imprisonment. In June 2018, special rapporteurs from the UN High Commissioner for Human Rights released as joint statement in Geneva calling for the immediate release of Saibaba taking into account his “ill-health” and said that “any denial of reasonable accommodation for people with disabilities in detention is not only discriminatory but may well amount to ill-treatment or even torture”.

Calling Saibaba “a long-standing defender of the rights of various minorities against corporate interests,” the UN experts urged the state to guarantee that all human rights defenders the country “are able to conduct their legitimate work without fear of threats or exposure to any act of intimidation or reprisals”.

His conviction by Gadchiroli court was based primarily on incriminating articles, paper cuttings and electronic data in memory card and mobile phone, which were allegedly seized from him by police after his name was mentioned by one of the co-accused in a confessional statement.

With inputs from Live Law. 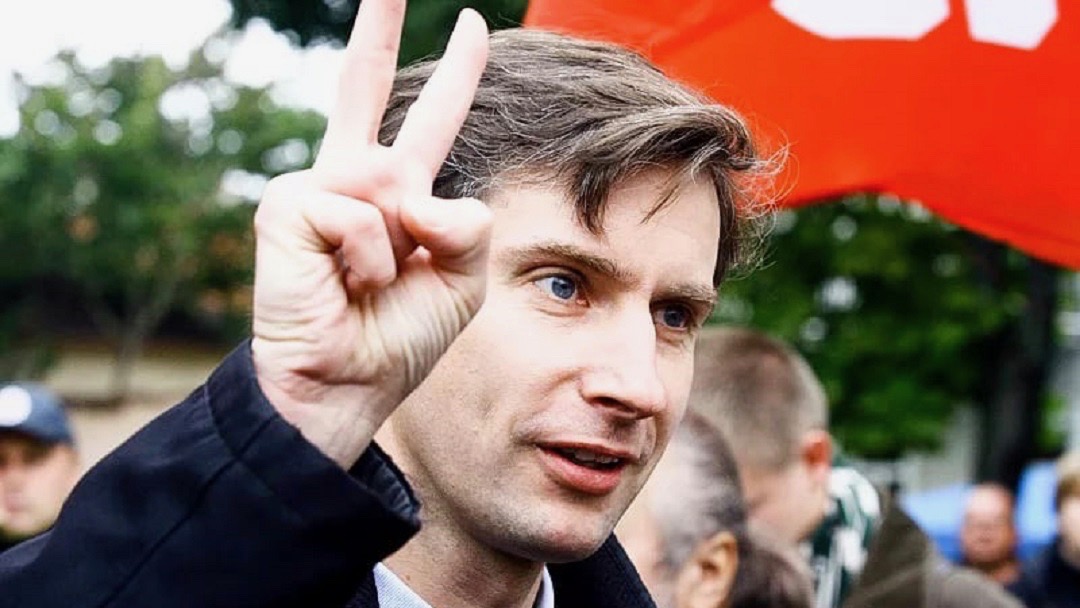 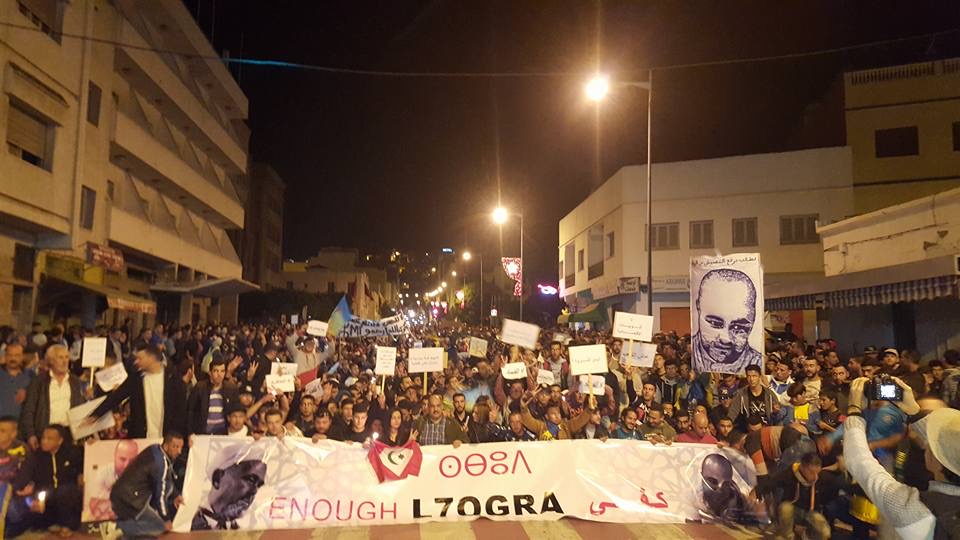 Morocco releases over 5,600 incarcerated people amid COVID-19 threat in prisons 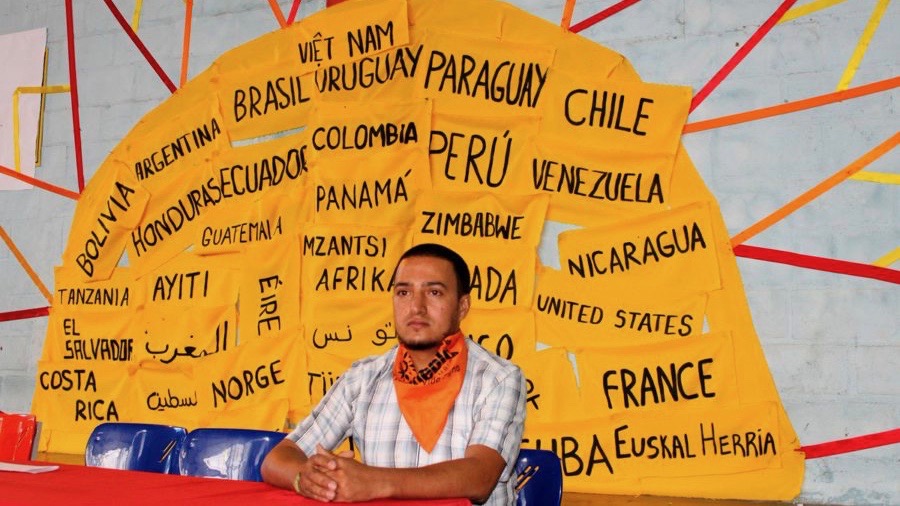 “No prison in Colombia can deal with coronavirus, if they leave us here we are facing the death penalty”
RECENT ARTICLES