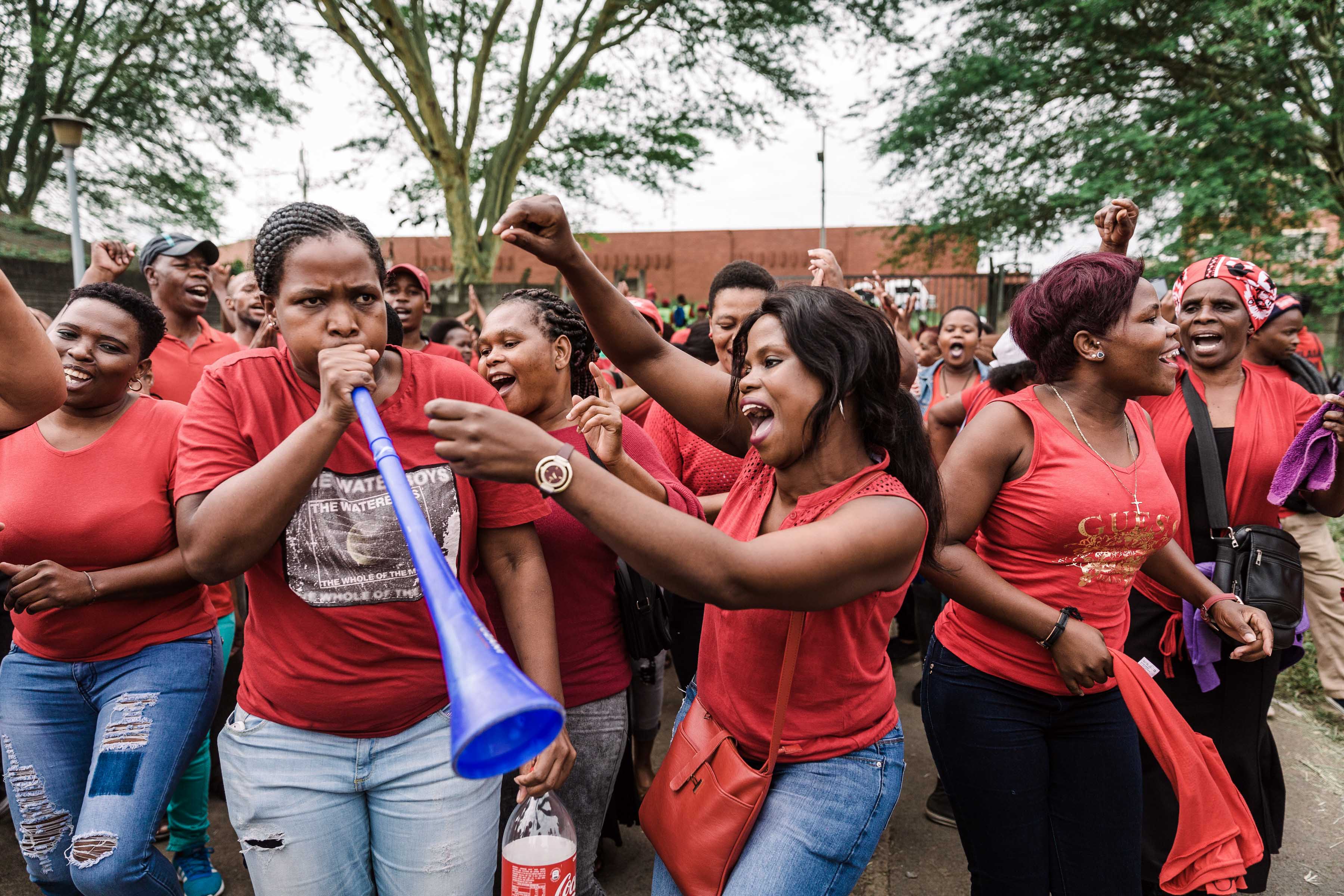 This movement, which had a membership of over 55,000 as of last year, has been at the forefront of the struggle for the right to decent housing in South Africa, where the land question remains unresolved even after 25 years of ANC-rule post the apartheid regime. A minority 10% of white South Africans continue to own 72% of all the agricultural land in the country.

AbM primary has been grappling with the urban aspect of the land question. Land in areas with necessary provisions for electricity supply, sanitation etc, in areas that are well connected to the urban centres where economic opportunities exist, has been held by a prosperous elite, which includes a segment of the Black population.

However, the poor population, virtually all of whom are Black, are confined to overcrowded shacks built in desolate places, far from economic centres, with no provision for electricity, sanitation or transport services. As of 2016, it was estimated that a total 13.5% of the households lived in such a state. In case of metropolitan areas, the figure was even higher at 18.6%.

It is these people that AbM has been organizing, and their membership now exceeds 55,000 people. Their modus operandi has been direct action: occupation of unused land close to the cities, over which, using whatever materials and manpower they can summon from among their members, they build shacks, connect them to water and electricity supply, lay roads and even construct churches, community halls, schools and creches to build, not merely housing, but communities.

Such communities, built after days of hard labour by many, are razed to ground in a matter of hours by the armed personnels of police and the Anti-land Invasion Unit, who regularly invade these communities, destroy the structures they have built, and expel them from the occupied land.

Only two days ago, Azania land occupation in a suburb of the capital city of Pretoria was attacked. “A total of 76 homes were demolished and burnt by the Anti-Land Invasion Unit.. At the same time that people are promised a better life, and asked to vote, they are rendered homeless by a violent state acting outside of the law,” AbM complained.

In the course of these operations, many of the members have been injured and killed by the security forces. Local councillors, most of whom are from the ANC, have frequently threatened their leaders and deemed the movement as a criminal. A number of their leaders have been assassinated by hired gunmen.

So many of their members and leaders have fallen to the wrath of the ANC government that “we tell comrades from the onset that when they sign up to join Abahlali, they could die”, the movement’s founder, S’bku Zikode, had said in an interview. Zikode himself, like many other of their leaders who have received death threats, was underground after an assassination plot against him was revealed. Voting for the ANC, he’d said, “is like digging our own graves”.

The SRWP’s call for socialism “resonates with our daily struggle”, AbM says

It is this breakaway from capitalism and reorganization of the economy and society along the lines of socialist logic that the Socialist Revolutionary Workers’ Party (SRWP) has set as its driving agenda. The party, launched only this year, rose from of the country’s largest trade union, the National Union of Metalworkers of South Africa (NUMSA), which has 350,000 members.

NUMSA, like the AbM, also maintains that a fundamental socialist reorganization of the economy is the only way of addressing in a sustained manner the current economic crisis in South Africa, where the unemployment rate is as high as 27.5%. Including the “discouraged work seekers” in this category would raise the figure to 37.2%. It is the Black population who is disproportionately affected by this, having amongst them a 30% unemployment rate, while that among the white population it is only 8%.

The overt and covert privatization of publicly owned industries – combined with the consistent underfunding of the public sector – pursued as a matter of policy by the ANC has turned South Africa into the most unequal society in the world. 90% of the country’s wealth is owned by those the wealthiest 10% of population. The top 1% alone owns two thirds of the country’s wealth.

Under such circumstances, the SRWP’s call for socialism, the AbM said, “resonates with our daily struggle [and] hence we have decided to support them in this election.”

However, the movement is not counting on the defeat of the ANC or the victory of the newly formed party. While the vote share of the ANC is expected to decline from the 62% it had received in 2014, most polls suggest that the party will retain at least 55% votes in this election. There are around 47 parties that are contesting against the ANC, the largest among this opposition being the centrist Democratic Alliance, which is expected to receive no more than 20% of the votes.

On the left is the Economic Freedom Fighters, founded in 2013 by Julius Malema, after his expulsion from ANC, where he was the president of the youth league. With a 6.35% vote share in the 2014 election, it is the third-largest party in the parliament, which is expected to increase its share in this election.

The fiery rhetoric and unrestrained attacks he has made against the privileged white minority has attracted many disaffected Black youths. But some of his statements – such as “We are not calling for the slaughter of white people‚ at least for now” or “Go After A White Man.. We Are Cutting The Throat Of Whiteness” – has made many on the left wary of this party.

The SRWP, despite being based in the largest trade union movement, and now having received the backing of the AbM, is still not in a position to threaten ANC’s electoral position in this election. However, the party has been honest in its approach to the shack dwellers movement, AbM said.

“This party has made no empty promise to us. They have been open about the fact that not all power resides in parliament and they have committed to struggle with us outside of parliament. They have committed that elected leaders that do not serve the people well will be.. recalled. They have engaged us with respect and committed to treat us with respect and dignity,” its statement said, adding, “We understand very well that parliament is only one terrain of struggle, and that our power comes from below, from the struggle waged from the occupations and in the streets.” 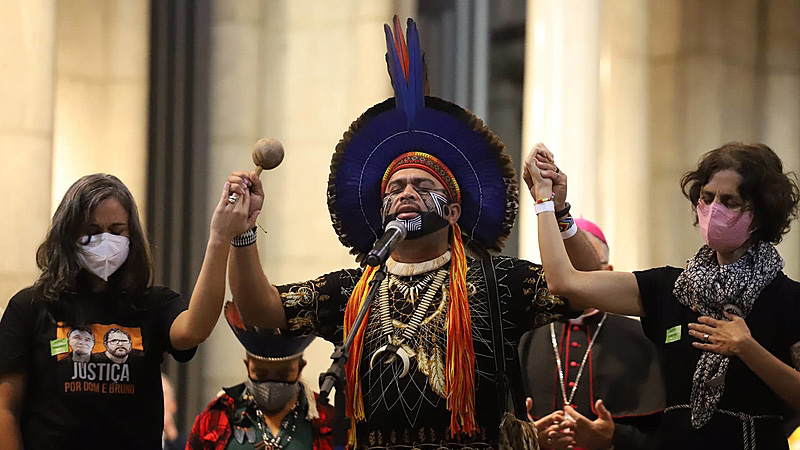