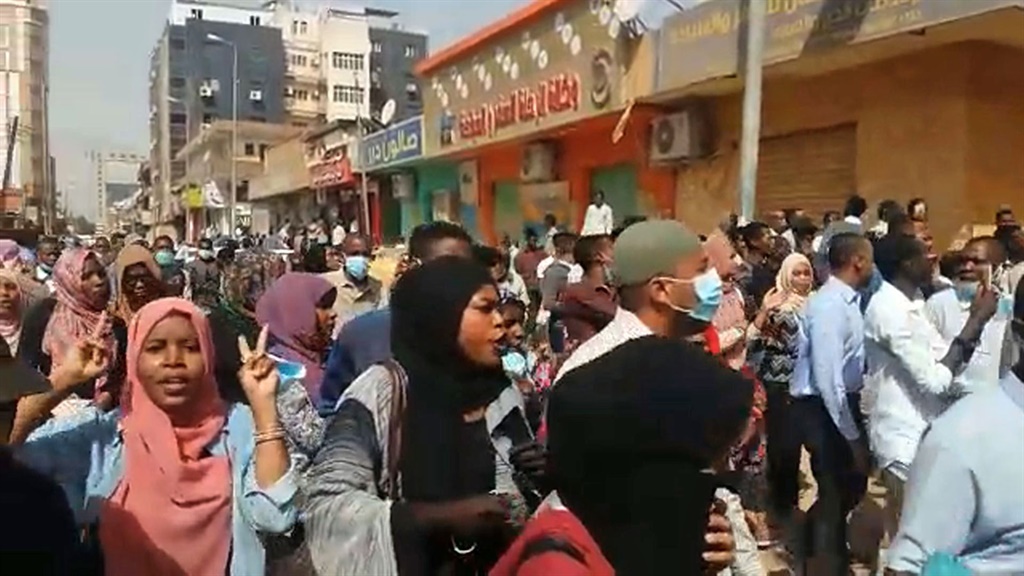 The Sudanese protests have continued after the overthrow of Omar al-Bashir with civilians demanding the military hand over power.

A day after four protesters were killed by “unidentified gunmen”, Sudan’s military and civilian protesters, represented by the Declaration of Freedom and Change Forces (DCFC), have agreed to transition into a civilian government in three years. Al-Jazeera reported that the legislative body during this transition period would comprise 300 members, two-thirds of whom would be from the DCFC. The final agreement between the Transitional Military Council and the DCFC in this regard is likely to be signed on May 15. The composition of the transitional council that will play a key role in administration is still unclear.

Earlier, four Sudanese protesters and an army major were killed after “unidentified gunmen” opened fire at a sit-in demonstration outside the army headquarters in the capital city of Khartoum on May 13, Monday. At least another eight were injured in the demonstration, and four more at other demonstrations outside of Khartoum, according to the Sudan Doctor’s Committee. The doctors’ organization is part of the Sudanese Professionals Association (SPA) – an umbrella organization of unions and professional associations which has been spearheading the mass demonstrations in the country.

On Monday, the country’s prosecutor general had announced that the ousted president Omar al-Bashir had been charged with “inciting and participating in the killing of demonstrators”, in the weeks before his overthrow on April 11.

After the violence on Monday, the army said that its forces were not involved in the attack. The army’s refusal to transfer power to the civilian authorities had led to the continuation of mass demonstrations in front of its headquarters.

At a late night press briefing, the Transitional Military Council (TMC), through which the army is holding power, blamed the incident on ‘outlaws’ who infiltrate the demonstration with weapons to create chaos. The demonstration, however, is carefully barricaded, with checkpoints to search for weapons set up at all the entrances. The army also played up the fact that one of its own officers was killed. However, individual soldiers and officers, who were trying to defend the demonstrators from attacks by other security forces, have been killed last month.

Protesters on the ground, including a number of victims receiving medical treatment, meanwhile told reporters that the gunmen were uniformed members of the Rapid Support Forces (RSF) – a notorious paramilitary which includes Janjaweed fighters used by Bashir’s regime to commit genocide in Darfur. The RSF is headed by the current vice-president of the TMC, Lt Gen Mohamed Hamdan Daqlo, who had previously threatened the demonstrators.

Hours before the shooting, the RSF members, with the help of police, had attacked and dispersed about a hundred protesters and dismantled the barricades they had set up to blockade an important road connecting to the city centre in order to hinder the army’s mobility.

On multiple occasions last week, the army used force against unarmed peaceful protesters. These demonstrations that began in front of the army headquarters in Khartoum, have now spread to multiple States. Last week, in an attempt to break one such sit-in in Wad Madani, the capital city of El Gezira state, security forces injured many by opening fire as they broke the barricades. The barricades were all re-erected again.

Last Tuesday, when the RSF were unleashed against the main sit-in demonstration in Khartoum, Haitham Mustafa, a former captain of Sudan’s football team, suffered rib injuries after he was brutally beaten up. However, then and later, the forces failed to break the spirit of the demonstrators.

Disagreements in the DCFC

These attacks on the demonstrations took place even as differences emerged in the DCFC over a proposal made by the committee mediating between them and the TMC. The mediators had proposed the formation of two, instead of one single council, to helm the country in the transition period. One of them, as per the proposal, was a Sovereignty Council comprising seven civilians and three military members, headed by Lt. Gen. Abdel Fattah al-Burhan, who is the TMC’s chief and currently the de facto head of state.

The other is a National Security and Defense Council, which would comprise seven military personnel and three civilians – the prime minister, finance minister and the foreign affairs minister. This council would hold authority in matters of war and peace.

The head of  Sudanese Congress Party (SCoP), Omer al-Diqair, had told Sudan Tribune that the DCFC had “accepted the proposal.. in principle” while the details were still under discussion. However, particularly opposed to this compromise was the SPA – which can claim leadership of the mass demonstrations involving the hundreds of thousands. The SPA had objected to the fact that the two councils would imply that decision-making power over “declaration of war” or participation in joint operations with other armies would remain in the hands of the military.

The question of war has great significance as soon after al-Bashir’s removal, the military had assured the US-backed Saudi-led alliance that the Sudanese armed forces would continue to maintain its troops in Yemen and assist in the war effort. It is estimated that a total of 14,000 Sudanese fighters were deployed in Yemen as of last year.

General Abdel Fattah al-Burhan “was involved in the deployment of the Sudanese fighters. These groups have committed themselves to the interests of Saudi Arabia,” Ali Mahjoud Nathif, a member of the Sudanese Communist Party (SCP), which has consistently backed the SPA, told DW.

The EU, on the other hand, has funneled $200 million over the last two years into Sudan in order to get the state’s forces to choke one of the busiest migration routes into Europe. The task of intercepting and detaining refugees was assigned to the same RSF which is now being used to attack the demonstrations.

A question of independence

When the military is so deeply embedded in various such international alliances, leaving the defense and security related decision-making power in the hands of a council dominated by the military would render impossible the task of realigning of external relations of Sudan in line with the interests of the Sudanese people, according to civilian forces.

“Building external relations of the Sudanese state on the basis of independence.. to achieve the interests of the sudanese people”, the SPA has argued, is consistent with the tasks set out for the transitional government envisioned in the Declaration.

Apart from this, the possibility of successfully accomplishing other tasks set out in the Declaration – including the negotiation of a peace treaty to the end the ongoing civil wars and the punishment of those security officials guilty of committing human rights violations – would also be jeopardized if the primary authority in making decisions related to defense and security rests in the hands of the military.

Finally, when the RSF were unleashed on the sit-in demonstration last week, SCoP chief, Omar El Degeir, reaffirmed his commitment to the declaration. Insisting that the DCFC will continue to be a united force, he pointed out that differences in opinions in such a diverse umbrella body are only “normal”.

But “there are still cells living in the body of the [former] regime representing a deep state that must be removed,” he said, backing the SPA’s call for an intensification of pressure on the military council by expanding the scale of the mass-demonstration and undertaking civil disobedience.

With details yet to emerge on the exact nature of the transitional authority, it remains to be seen what role the military will have in the administration of the country. What is clear is that the civilian forces, under the banner of the SPA, will continuously struggle to ensure the fulfillment of their demand: cede full power to civilian authorities, or face an “eternal revolution”.