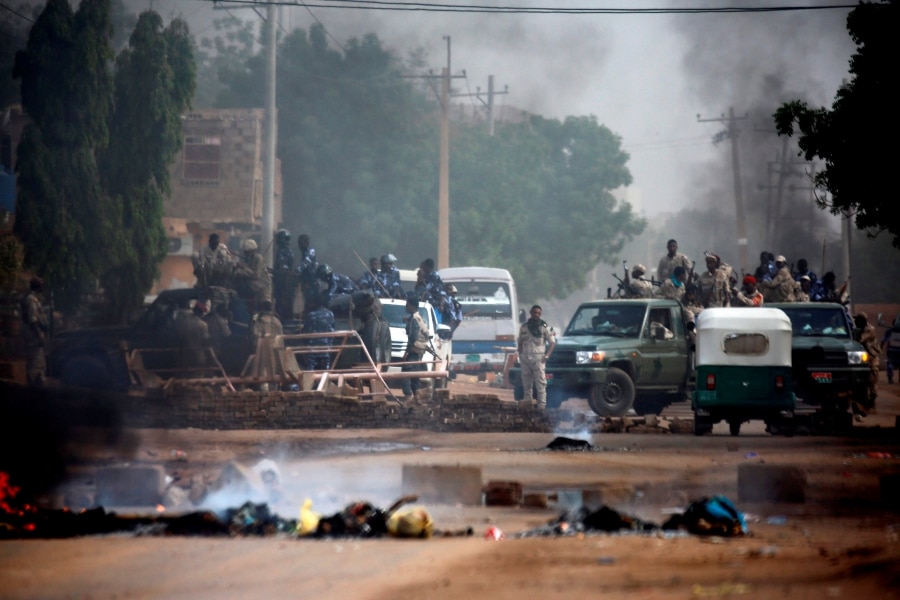 The Transitional Military Council (TMC), through which the army is currently ruling Sudan, has withdrawn from all the previous agreements it had reached with the alliance representing the civilian protesters.

This announcement today came a day after the notorious paramilitary called the Rapid Support Forces (RSF), headed by TMC’s vice-president, killed at least 35 protesters and injured hundreds with live bullets in a violent eviction of the mass-demonstration which had occupied the area around the army HQ in Khartoum since April 6.

In mid-May, partial agreements on the way forward had been reached between the military junta and the representatives of the protesters during a process of negotiations. For example, the formation of a joint transitional government to lead the country for a period of three years before calling elections.

It was also agreed that a 300 members legislative council will be formed, two-thirds of whom will members from the coalition of opposition forces called the Declaration of Freedom and Change Forces (DFCF). This coalition represents the protesters whose mass demonstration overthrew Omar al-Bashir in April.

They agreed that the DFCF will also be the dominant force in the cabinet. However, no agreements could be reached on the constitution of the Sovereign Council as the military refused to allow civilian domination of this this body. The Sovereign Council has the power to declare war or to decide on participation in joint military actions with other countries.

A military domination of this body was unacceptable to the DFCF, which strongly believes that Sudan must realign its foreign policy in the interests of Sudanese people rather than that of foreign countries. The Sudanese state, for example, currently supports the the US-backed Saudi-led coalition that is waging a war in Yemen.

Since the breakdown of negotiations, sections of Sudanese forces have attempted to break up the mass demonstrations. After several attempts were thwarted in an organized manner by the protesters, they finally resorted to a massacre to reach their goal.

The Sudanese Professionals Association (SPA) denounced in a statement that after monitoring the entrance and exits of the demonstrations – carefully guarded by checkpoints and barricades erected by the protesters – about a hundred vehicles with heavily armed RSF troops surrounded the area and sealed the exists before launching an attack. The SPA was one of the driving forces behind the mass-demonstrations which began in December last year.

After stunning the protesters with tear gas and sound grenades, the RSF troops then opened fire on crowds, killing at least 35, and injuring well over a hundred. Footage on social media shows hundreds of protesters running for cover, and many running while carrying the wounded demonstrators.

At the hospitals, the RSF soldiers barged in brutally and beat up the injured patients as well as the medical staff who were treating them. Many of the hospitals were besieged by the troops to ensure that the wounded get no treatment.

One group of soldiers, SPA’s statement said, attempted to close the main entrance and swore at the the RSF troops to discourage their entry. However, they reported, soldiers then disappeared from the main gates of the command and none of them moved to repel the forces that attacked the unarmed demonstrators.

Footage shot by one army soldier circulating on Twitter shows men in police uniform relentlessly beating up protesters even after they were lying unconscious on the ground. The SPA, however, has said that these men were not police personnel, but the RSF troops dressed in police uniforms. The RSF is made up of the Janjaweed fighters who’d committed a genocide in Darfur on behalf of Omar al-bashir’s regime.

After committing a massacre which successfully cleared the central mass-demonstration in the capital city of Khartoum, heavily armed battalions of RSF troops have been combing the streets across Khartoum.

After the massacre follows a reign of terror

Due to a shut down of internet, not many reports are available on what is happening in the country today. However, footage uploaded by those activists who have managed to bypass the net blockade shows streets full of RSF vehicles, deserted by civilians.

Some footage show citizens, including old men and women, who were out on the streets refusing to fear the RSF, being brutalized with whiplashes. Unconfirmed reports of rapes are also surfacing on twitter.

#Google_Open_Internet_For_Sudan  has been trending on twitter, as thousands across the world are raising concern about atrocities that can be committed by the military junta under the cover of the internet blockade.

It was amidst such a reign of terror that the military junta today announced its withdrawal from the agreements it had previously reached with DFCF. The TMC also announced that it will run the country for nine months, after which an election will be called for.

However, civilian opponents believe, an election organized and overseen by the junta will only reinstate the former regime which was ousted by the mass-demonstrations. The only change will be the face leading it.

The DFCF demands a transition period in the course of which it intends to uproot the former regime from the state structures and punish personnel guilty of human rights atrocities. They have called for escalation of civilian action.

The SPA has now reopened the “Revolutionary Attendance Notebook.” The notebook gave the call for the general political strike on May 28 and 29 wherein professionals from all sectors were able to paralyze the state.

Calling on all “professionals, workers, artisans and farmers to announce their participation in civil disobedience and open political strikes, and disable all the joints of the state apparatus including vital institutions,” the SPA vowed to “not let the tyrants and and murderers of our country” reign.

Monday’s massacre was also widely denounced internationally. The Democratic Way, an organization from Morocco reaffirmed their support to the brave protesters and denounced: “This escalation of violence reveals the real face of the military council and their counter-revolution maneuver. After gaining political and financial support from the imperialist regimes and the reactionary regimes of Saudi Arabia, Emirate and Egypt, now they are moving to the next step in order to eliminate the revolution and bring the country into reactionary violence.”