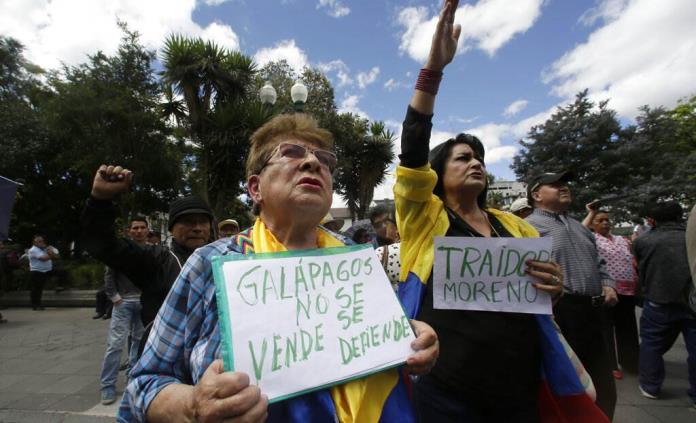 Signs read "The Galápagos islands are not sold, they are defended" "Lenín traitor" at the demonstration in front of the Carondelet Palace in Quito, Ecuador, on June 17. (Photo: Pulso SLP)

On June 17, dozens of environmentalists and citizens demonstrated in front of the Carondelet Palace, the seat of government, in Quito, Ecuador. The demonstration was carried out to reject the government’s decision to allow the US anti-narcotics planes to use San Cristobal airport in the Galápagos Islands as an airfield.

The protesters raised slogans against President Lenín Moreno, accusing him of selling homeland and disrespecting one of the world’s most important ecosystems.

Following the protest and nation-wide criticism, on June 18, as an attempt to settle the controversy, Moreno denied the possibility that there would be a military base in Ecuador. “There are no foreign military bases in the country. We preserve the Galapagos Islands with zeal. Aerial surveillance is a joint activity among several countries to take care of this world heritage. Peace, sovereignty and national security are our legacy!” he tweeted, along with the picture of an official communique.

The Galápagos Islands are Ecuadorian island territories. They are a volcanic archipelago in the Pacific Ocean, situated 1000 km from the Ecuadorian coast. The archipelago is a home to a wide variety of unique terrestrial and marine species. It is renowned for its biodiversity and is one of the richest marine ecosystems in the world. In 1979, it was declared as a World Heritage Site by UNESCO.

Last week, during a press conference, the Ecuadorian defense minister Oswald Jarrín announced the expansion of the San Cristóbal runway to allow refueling of US military planes, as a part of a cooperation agreement between the two countries for the fight against drug trafficking. “Galapagos is Ecuador’s natural aircraft carrier because it ensures permanence, replenishment, interception facilities and is 1,000 kilometers from our coasts,” said Jarrín.

The decision provoked strong criticism and was condemned nationally. Many saw the step as an attack on national sovereignty and called it unconstitutional. The establishment of foreign military bases is prohibited in Ecuador, according to article 5, modified in 2008 by former president Rafael Correa.

“Galapagos is NOT an ‘aircraft carrier’ for gringo use. It is an Ecuadorian province, world heritage site, and homeland,” tweeted Correa, criticizing the measure.

The environmentalists described the measure as a threat to the fragile environment of the heritage site. They argued that the expansion of the airport would have negative impacts on the unique species that inhabit the islands.

Brenda Flor, the congresswoman for Galapagos, recalled the case of the Baltra Island, where a US military base was installed during the Second World War (1939-1945), and whose ill effects on the environment can be noticed even today. “For no reason Galapagos can be regarded as a natural aircraft carrier, since that is not its essential characteristic. Galapagos was born from the nature as a living and unique laboratory that we must protect,” Flor told BBC.

Lenín Moreno has been facing criticism and rejection since taking office. Though he ran on the promise to continue the process of transformation started by Rafael Correa, promoting Latin American integration, national autonomy and sovereignty and no-interventionism on the continent, his government has instead fallen in line with US orders. The revocation of asylum for whistleblower and WikiLeaks founder Julian Assange and now taking steps towards a US military base in Ecuador are stark examples of this shift. 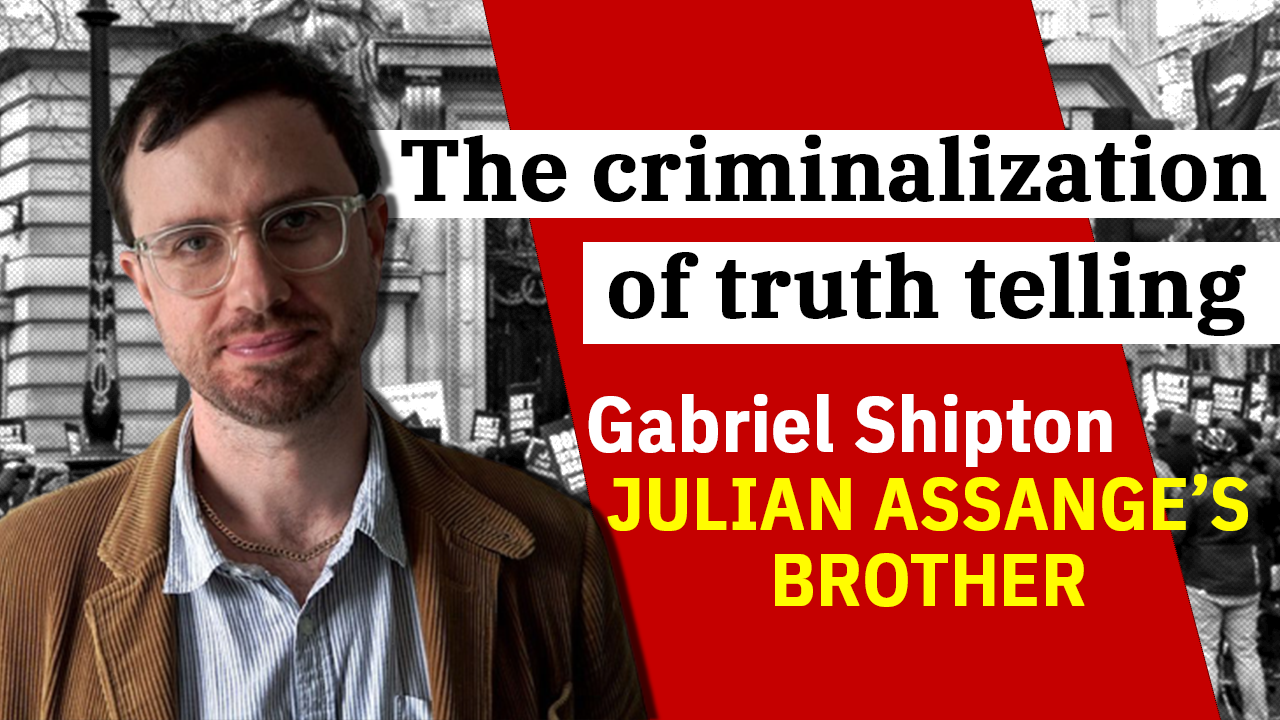