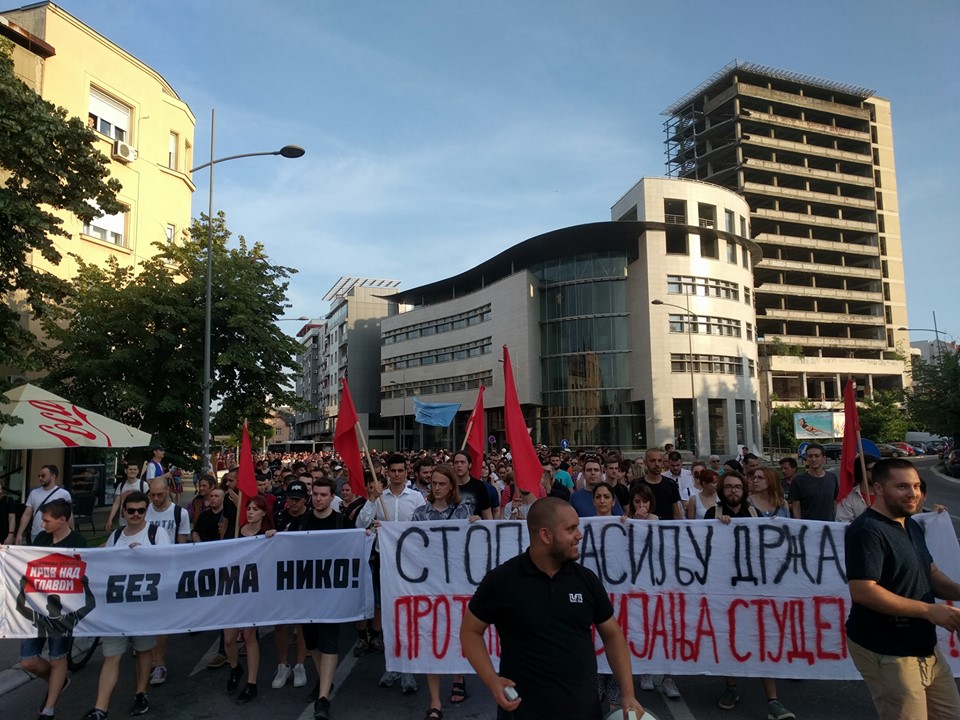 Housing activists in Serbia are outraged at the increasing forceful evictions and attacks on homeless people and tenants in the country. Activists from the group, Roof Over One’s Head, protested on June 11 and June 14 at Novi Sad and Belgrade against the attacks on housing activists. They also demanded the withdrawal of the upcoming amendments to the Law on Enforcement and Security which would legitimize forceful evictions.

The LeftEast reported that on June 6, a couple of young anti-eviction activists were beaten up, allegedly by some right-wing elements inside the Novi Sad university campus. More than 700 people gathered at the university to protest the attack on June 11.

Roof Over One’s Head said, “This attack best illustrates the dirty role of various right-wing organizations under the direct control of the Serbian Progressive Party.. This attack is a good example of the increase in repression and the determination of the state to criminalize solidarity by passing a new law on enforcement and security. The bloody heads of our activists are the best proof of the necessity of fighting against those who put profit and power before the lives of all of us.”

Activists also gathered at Belgrade on June 14 outside the European Union Delegation building, and urged the delegation to reconsider their support to an upcoming proposal for amending the Law on Enforcement and Security. The activists termed the amendment a violation of the European Convention on Human Rights. The activists claimed that the planned modifications to the law would expand the powers of private bailiffs and criminalize solidarity with those who get evicted.

According to Masina, the draft of the amendments imposes new fines on tenants over their defaulted rents and legitimizes the actions of private enforcement officers during evictions.

Forceful evictions have become frequent in Serbia. The country had witnessed widespread protests in May after a tenant, Ljubica Stajic, committed suicide at her apartment in Železnik from which she was supposed to be evicted. Hundreds of youth, especially students from the University of Novi Sad, participated in the protests. Such an increased participation of university students irked the pro-government right-wing factions within the university and its neighborhood, which is said to have led to the attack on the housing activists.