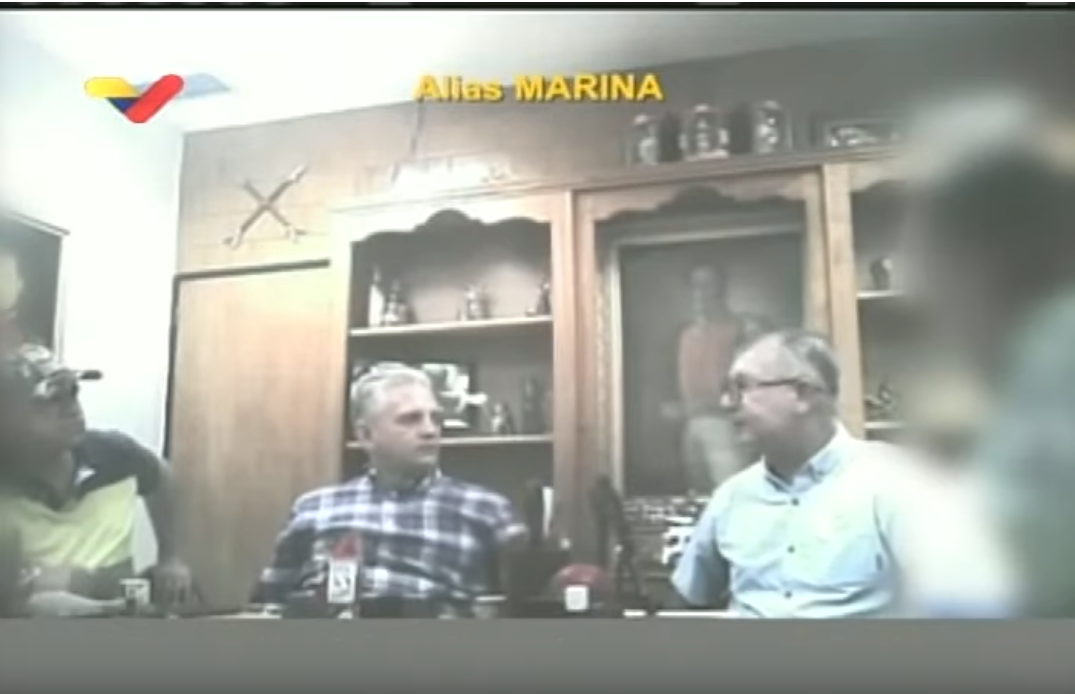 Venezuelan authorities claim to have foiled a coup attempt and to possess over 56 hours of intercepted communications between the alleged perpetrators. (Photo: Youtube screenshot)

The Venezuelan government has reportedly dismantled a plan to stage a violent putsch in recent days.

Communications Minister Jorge Rodriguez revealed on Wednesday that a large scale plan was set to be executed on June 23 or 24. The operation allegedly included the assassination of President Nicolas Maduro, National Constituent Assembly President Diosdado Cabello, and other high-ranking officials.

Maduro condemned the latest plot, accusing the opposition of looking to seize power through a “bloodbath.”

“They talked about a killing spree that could last two or three days,” Maduro said during a televised event. “How can a better country emerge from all that death?” he asked.

Venezuelan authorities claim to be in possession of 56 hours of intercepted communications, as well as confessions from several accused plotters who have been arrested. Among those detained are former officers from Venezuela’s special investigative police force, the CICPC, and the dissolved Metropolitan Police, as well as active and retired military officers. Several other alleged conspirators remain at large. Venezuela’s Attorney General Tarek William Saab likewise announced on Thursday that an investigation has been opened .

Rodriguez explained that the plans had been monitored and infiltrated by Venezuelan intelligence for over 14 months and identified retired Brigadier General Eduardo Jose Baez Torrealba, currently living in the Dominican Republic, as one of the main organizers. He added that Venezuela would formally request his extradition. Baez had been linked to prior coup attempts, including what were alleged to be leaked plans to bomb former President Chávez’s presidential plane and take over Miraflores Palace.

According to recorded conversations among the alleged perpetrators, the putsch involved seizing several arms depots, including one in the Venezuelan Central Bank, as well as storming La Carlota airbase in east Caracas and other military/police facilities, before advancing on Miraflores.

“The first goal is to capture [Maduro]. And have the world see it. […] Dead, so that the message is clear, this son of a bitch is done,” ex-airforce General Miguel Carmelo Sisco is seen telling other alleged conspirators in one of the videos.

Last August, President Maduro was the victim of a failed assassination attempt involving a drone laden with explosives, which was perpetrated by Venezuelan army defectors based in Colombia.

Parallel plans would involve shutting off access to Caracas and neutralizing possible resistance. One of the videos released by the Venezuelan government showed the alleged perpetrators discussing the placement of snipers to target crowds that might mobilize against the coup. Rodriguez likewise claimed that foreign mercenary groups could be brought in

Another key component of the supposed plot was the release of former General Raul Baduel, currently imprisoned in the Helicoide headquarters of the Bolivarian Intelligence Service (SEBIN), to lead the operations. A former defense minister, Baduel was sentenced to 8 years in prison in 2010 on corruption charges. Having been released on parole in 2015, he was arrested again in 2017 for his alleged involvement in plotting terrorist actions.

Rodriguez also told press that 140,000 gun shells and other material was seized, while pledging that more information would be released as the investigations and prosecutions progress. Some of the published footage additionally shows the alleged conspirators discussing contact with self-proclaimed “Interim President” Juan Guaido, despite expressing doubts about his leadership.

Guaido and his supporters staged a failed putsch on April 30. Hardline opposition leader Leopoldo Lopez escaped house arrest, having been convicted for his role in the violent 2014 street protests, to join Guaido and a handful of renegade soldiers outside La Carlota airbase. However, calls for more military personnel to join the coup effort went unheeded, with the putsch fizzling out after a Guaido-led march was stopped from approaching the center of Caracas and Lopez sought refuge in a foreign embassy.

Edited by Lucas Koerner from Caracas.

(The article first appeared in Venezuelanlysis.com)