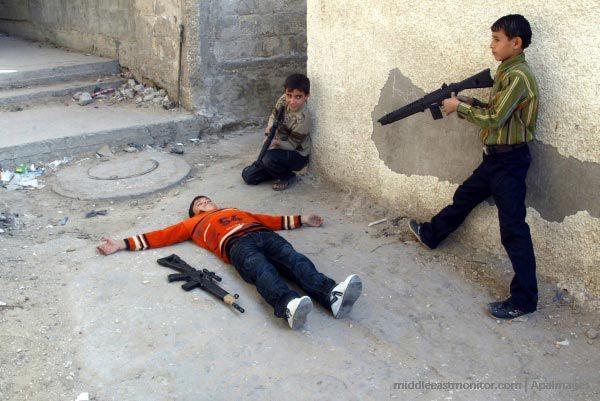 A report released by the Gaza-based Al Mezan Center for Human Rights on July 9 stated that Israeli security forces have killed 16 Palestinian children in the blockaded Gaza strip in the first six months of 2019. It also said that most of these children were killed during the weekly Great March of Return protests along the Gaza-Israel border.

The Palestinian organization’s report also noted that the Israeli forces had shot and wounded 1,233 children during the same time at the border protests. Most of them were peacefully protesting the 12-year-long Israeli and Egyptian siege of the strip, as well as demanding the implementation of the right of return for Palestinian refugees from Gaza to their homes in Israel.

The group also said that the intentional targeting and killing of Palestinian children by Israeli security forces has significantly increased during the first six months of this year, compared to the same time period in 2018.

Approximately 10,000 children have been detained by the Israeli security forces since the year 2000. They have also been made to undergo military court proceedings. As many as 270 children continue to be confined in prisons and detention centers inside Israel, and are meted out cruel and inhumane treatment.

A report by the Palestinian Prisoners Center for Studies, released last year in July, revealed that there was a 30% increase in the number of children arrested by Israeli security forces in 2018 compared to that in 2017. During the same period, 380 children ended up in Israeli prisons.