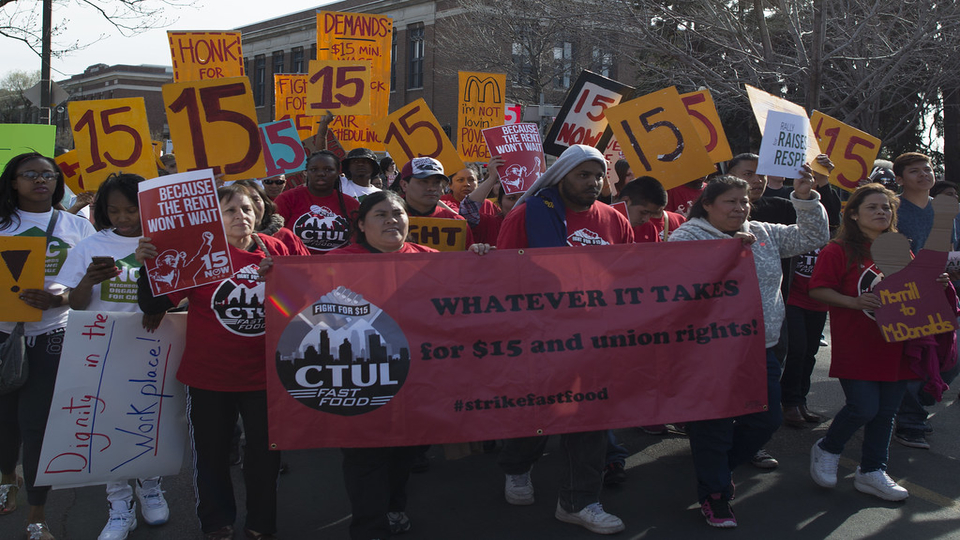 Workers' movements and trade unions have fought for years to mainstream the proposal for a $15 per hour minimum wage.

The US House of Representatives passed the Raise the Wage Act, which proposes to gradually raise the federal minimum wage limit from the current USD 7.25 per hour to USD 15 per hour. The Democratic Party-dominated House passed the bill by a margin of 231-199, marking a key victory for a years-long campaign conducted by trade unions and peoples’ movements on the issue.

This federal minimum wage has not been revised since 2009, making it the longest gap between wage revisions since the law to this effect was passed in 1938.

The legislation is a culmination of years of struggles to hike wages, especially by fast food workers who are also among the lowest paid workers in the US. The Fight For 15, as the movement for the wage hike is commonly known, began as early as November 2012, when over a 100 fast food workers from major corporate chains struck work in New York.

The pressure exerted by these movements also led to progressive sections in the Democratic Party joining the cause. From veterans like Bernie Sanders and Elizabeth Warren to younger Congresswomen such as Ilhan Omar and Alexandria Ocasio-Cortez, many politicians have begun championing the issue. With the entry of a new generation of progressive Democrats into the current Congress, the Raise the Wage Act was the among the first bills to be introduced.

According to a recent report released by the Congressional Budget Office, the wage hike, if passed, will directly increase the wages of nearly 17 million US workers, and potentially help another 10.3 million. It is estimated to push at least 1.3 million people out of poverty, and boost the total annual income of families living below the poverty threshold by USD 7.7 billion.

The CBO report has also made claims of job losses due to the passing of the bill but has noted that the infusion of income will only boost the overall health and dynamism of the economy.

Even though the official minimum wage in most States is higher than the federal rate, only a few have accepted the 15 dollar per hour proposal. So far, only six States and Washington DC have passed laws to gradually hike the minimum wage to 15 dollars per hour. This too has happened after years of pressure from workers’ movements.

More importantly, the bill still needs to go through the Republican-controlled Senate and president Donald Trump. While senior Republicans in the Senate are known for their history of opposing a federal wage hike, president Trump has threatened to veto the bill if it is passed in both houses of the Congress.

In the meanwhile, workers have begun organizing to put pressure on fast food chains to hike wages. On July 19, McDonald’s employees in Florida organized a march demanding that the international fast food chain act in accord with the spirit of the legislation and raise the wages of its workers.