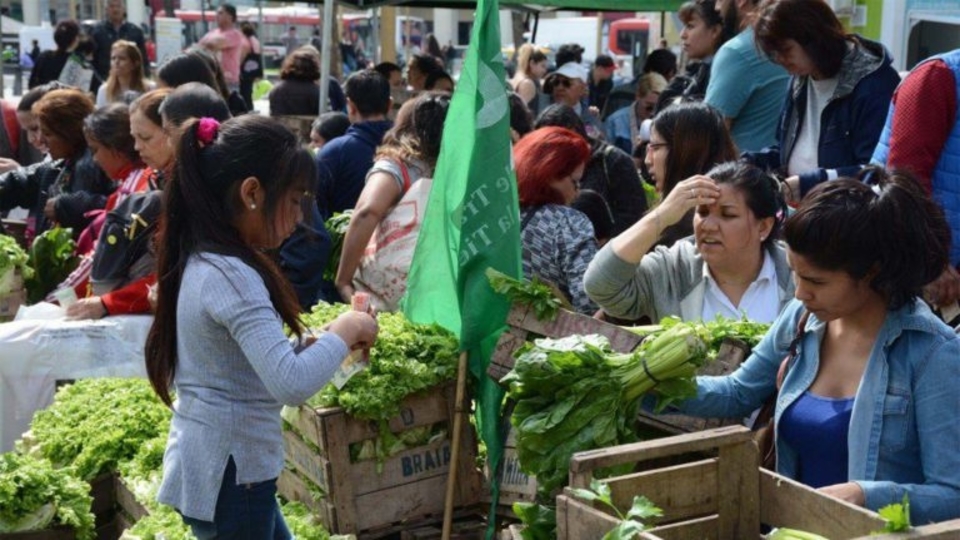 On July 24, under the banner of “For an agricultural model that produces healthy food for the people”, several alimentazos* were held across Argentina. Small and medium scale agricultural producers, farmers, peasants and Indigenous people distributed basic food products such as fruits, vegetables, bread, flour, herbs, etc. for free or sold at a fair price to the people of Argentina. The measure was carried out to draw the attention of the right-wing government of President Mauricio Macri to the crisis facing the agri-food sectors as well as towards the rampant inflation that has made basic food products inaccessible to a large section of the Argentine population.

The call for the peculiar kind of protest was given by the Sovereign and Popular Agrarian Forum, an umbrella organization comprising several national organizations and trade unions of small and medium scale agricultural producers, peasants, Indigenous people and rural workers.

Alimentazos were held in the city of Buenos Aires, as well as Bahía Blanca and Necochea, where hundreds of people came to take advantage of the measure. It was also carried out in provinces and cities of Córdoba, Corrientes, Entre Ríos, Mar de Plata, Mendoza, Misiones, Santa Fe and Santiago de Estero.

The Agrarian Forum through an official communiqué highlighted that “the small and medium scale producers, peasants and Indigenous people, as well as producers from other industries such as dairy and grain are demanding a model that does not make them disappear, by measures that repress and contain them” and that such measures “demonstrate the harsh reality of the model: where productive sectors collapse and thousands of people fail to fill their plates, with increasingly expensive food products.”

The measure was held the same day as the Rural Exhibition, an annual agricultural and livestock show celebrated in the Palermo neighborhood of Buenos Aires by those few who benefit with the neoliberal model. It was held the same day to question the monopoly of agroindustry chains by showing the possibility of bringing good quality and healthy food to people at reasonable prices. It also  was meant to show a contrast to a production model based on the concentration of land and monoculture with heavy use of pesticides.

A few days before the protest, the Agrarian Forum issued a 21-point charter demanding protection measures for the sector and an agricultural model that produces healthy and accessible food. Some of the primary demands include food sovereignty programs, limitation of the use of agro toxics, control of foreign trade by the State, purchase programs for family farming by the State, etc.

In addition, the recently released report, “The State of Food and Nutrition Security in the World 2019”, prepared by the Food and Agriculture Organization of the United Nations (FAO), the United Nations Children’s Fund (UNICEF), the World Health Organization (WHO), the World Food Program (WFP) and the International Fund for Agricultural Development (IFAD), reported that the number of people suffering from “moderate or severe food insecurity” in Argentina increased from 8.3 million between 2014 and 2016 to 14.2 million between 2016 and 2018. The report explained moderate food insecurity as a stage where people are uncertain about their ability to obtain food and are forced to reduce the quality or quantity of their food due to lack of resources. While, severe food insecurity refers to a level where people run out of food, suffers hunger and spend days without eating food.

The report and the protest once again highlighted the emptiness of the president’s electoral promises of zero poverty and bringing down inflation as well as how his neoliberal economic policies have added to the misery of the most vulnerable sections of the society.

*Alimentazo is a kind of protest in which food and agricultural producers distribute or give away their food products for free or sell at a very nominal price in order to draw attention to the crisis faced by them as well as the consumers.