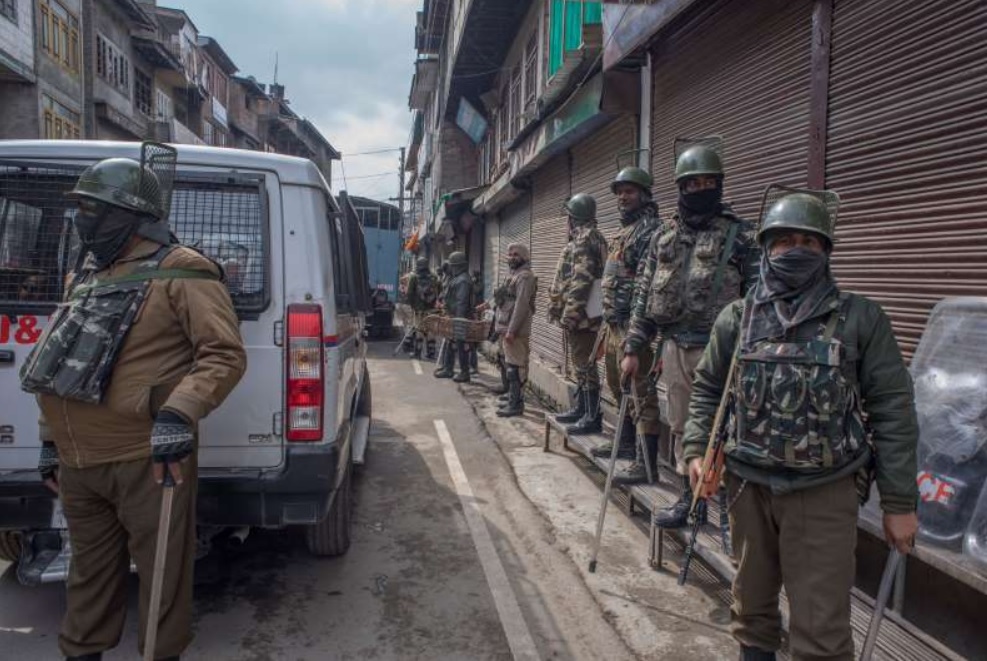 Over 35,000 Indian security personnel have been deployed in Kashmir over the past few days. This is in addition to the over 500,000 security forces deployed in what is the world's most militarized region.

The far-right Indian government has launched a fresh and unprecedented assault on the people of Kashmir. On August 5, even as a massive crackdown was initiated in Kashmir, India’s home minister Amit Shah moved resolutions in the Indian parliament to repeal key portions of Article 370 and bifurcate the State of Jammu and Kashmir into two union territories over which the Center would have greater control. Article 370, which assured a special status and greater autonomy for Jammu and Kashmir, was the cornerstone of the State’s accession to India in 1947.

Over the past couple of days, Kashmir which is already the most militarized region in the world, has been subjected to further repression. These oppressive steps seem to have been taken to prevent a mass uprising in the aftermath of the announcements. The abolition of Article 370 and its related provision, Article 35(A), is opposed by all sections of the political spectrum in Kashmir. On the other hand, it has been part of the BJP’s agenda for decades, and is part of the right wing’s plans of bringing about demographic change in Muslim-majority Kashmir.

By the end of July, reports emerged of large scale deployment of Indian security forces in Kashmir. As many as 35,000 personnel have been deployed in the State. This is in addition to the over 500,000 security personnel that are already in the region. Section 144 of the Criminal Procedure Code has been enforced, preventing the gathering of more than four people at a place. All rallies and public processions have been banned.

Leaders of many political parties are under arrest. These include former chief ministers Mehbooba Mufti of the People’s Democratic Party and Omar Abdullah of the Jammu and Kashmir National Congress and Mohammed Yosuf Tarigami of the Communist Party of India (Marxist).   “I believe I’m being placed under house arrest from midnight tonight and the process has already started for other mainstream leaders. No way of knowing if this is true but if it is then I’ll see all of you on the other side of whatever is in store. Allah save us,” Omar Abdullah tweeted on August 4.

Tarigami said the future of Kashmir was at stake. “We do not know what will happen tomorrow. But we will unite and fight to defend the rights of the people of Jammu and Kashmir,” he said in a Facebook post.

Most pro-independence leaders are already under arrest on various charges.

On August 4, a complete communications blackout was imposed in the valley.  Internet services were suspended and reports indicate that landline and mobile telephone services were also affected.

The crackdown created a situation of tension, with the government refusing to provide any information to the people. State officials ordered hospitals to prepare for emergency situations and doctors were barred from taking leave without prior information. A railway official asked employees to stock rations for at least four months as there was a “forecast of deteriorating situations.”

All schools and colleges were closed and there are reports of troops occupying several of these institutions. Non-local students studying in Srinagar’s National Institute of Technology were also ordered to leave the university campus and leave the State at the earliest.

Earlier, the authorities had airlifted pilgrims taking part in the Amarnath yatra (a Hindu religious trek) out of Kashmir. Incidentally, they cited a “terror threat” for the evacuation even as militant leaders denied that they were planning any attacks. The true reasons for the evacuation became evident on Monday morning when the new proposals were introduced in the Indian parliament.

The announcement of proposals to abrogate Article 370 of the Indian constitution (and by extension Article 35(A)) and to bifurcate the State of Jammu and Kashmir is likely to spur fresh protests in Kashmir. The communications blackout and the curfew are clearly attempts to make sure news of protests there do not reach those in solidarity with the people and vice versa.

A number of protests were held in cities across India immediately after the announcements in parliament. In New Delhi, members of major left parties gathered in condemnation of the proposals and repression in Kashmir. Similar protests took place in the cities of Bengaluru and Kolkata too.

A countrywide protest has been called for by the left parties on August 7.

The legal battle ahead

On August 6, India’s lower house of parliament will vote on the proposals for revoking Article 370 and bifurcating the State into two union territories (the upper house has already approved them) At the heart of the question is not only Article 370 (which assures special status to the State) but also Article 35(A), which gives only permanent residents of the State the right to own immobile assets and hold government jobs. These provisions were put in place after years of debate in order to preserve the rights of the people and the special character of Kashmir. The Indian government has resorted to using a legal sleight of hand (a presidential declaration) to avoid any engagement with the people of Kashmir on the issue.

A number of constitutional experts have questioned the legality of these moves. Noted journalist and legal expert A. G. Noorani said the government’s actions were “utterly and palpably unconstitutional,” adding that “an unconstitutional deed has been accomplished by deceitful means.” It is likely that this move will face a legal challenge, in addition to mass protests in the region. The coming days will be full of conflict and tension as the people resist right-wing attempts to subvert the constitution in pursuit of its religious and hyper-nationalistic agenda.