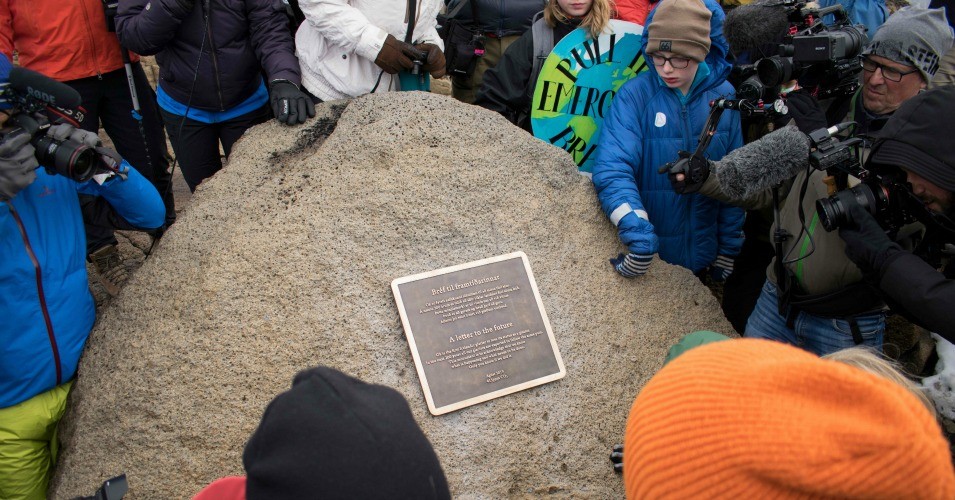 On August 18, hundreds of Icelanders gathered near what used to be the Okjokull glacier and carried out a symbolic funeral. Commonly called Ok, it is the country’s first glacier to be completely lost to global warming. The gathering was attended by the country’s prime minister, Katrin Jakobsdottir, besides a number of climate researchers and concerned citizens. The event was organized to send out a warning that the plight of the Ok glacier indicates the harsh conditions that await the world if governments fail to make serious policy decisions to tackle climate change.

The news website, Common Dreams reported that a plaque with a message written on it was placed on a formerly-icy rock, commemorating Okjokull. It read, “Ok is the first Icelandic glacier to lose its status as a glacier. In the next 200 years all our glaciers are expected to follow the same path. This monument is to acknowledge that we know what is happening and what needs to be done. Only you know if we did it.”

Meanwhile, Oddur Sigurðsson, an Icelandic geologist, presented a death certificate for the glacier at the meeting. Following the event, prime minister Katrin Jakobsdottir, from the Left-Green Movement (VG), posted on Facebook, “Today we formally say goodbye to the glacier Ok, but it is the first Icelandic glacier to disappear in times of climate change. The landscape is certainly still beautiful, but the ego disappears in our eyes knowing what was there before and why it has disappeared”.

“But today we are also rising, stronger than ever in the fight for nature. We face an unprecedented position. Today is a time of action because of the consequences of disaster relief worldwide. Heat waves, floods, droughts and extreme fluctuations are the manifestations and cause distress and disaster”, she added.

Former Irish President, Mary Robbinson, who also attended the event commented that “The symbolic death of a glacier is a warning to us, and we need action.”