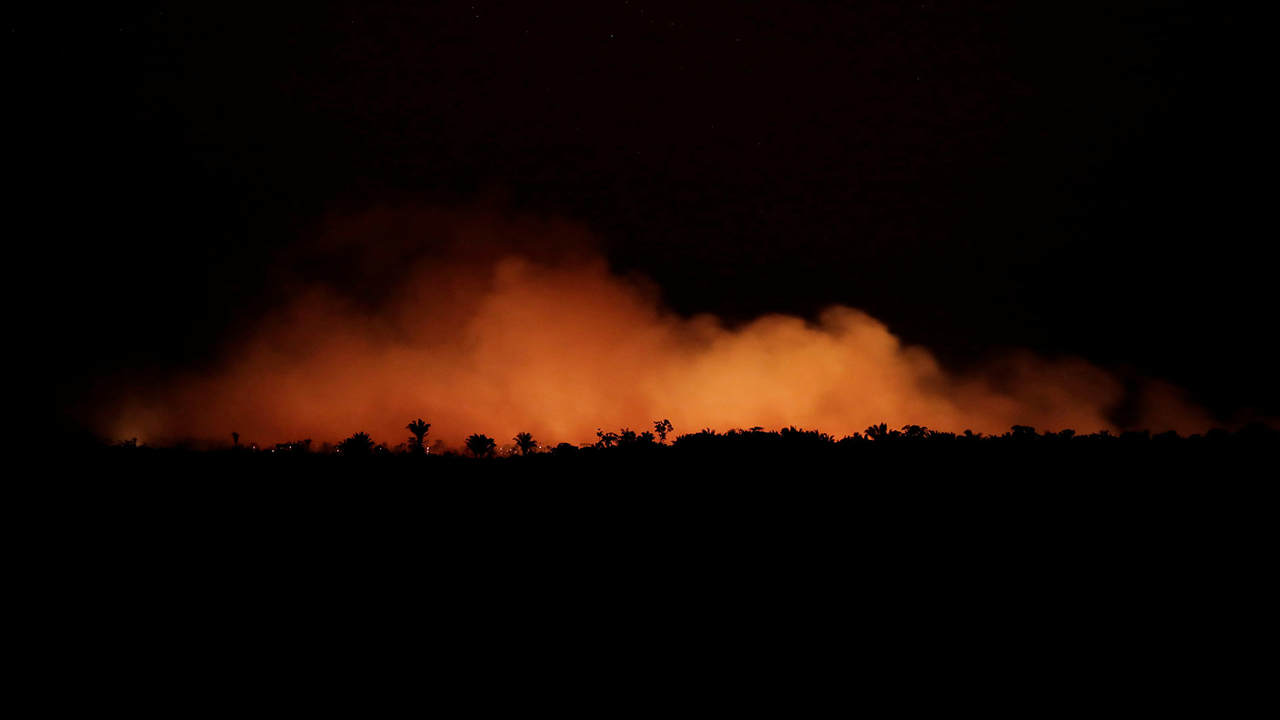 The fire, which started in Brazil, has destroyed over half a million hectares of the forest inside Bolivia so far. (Photo: Ueslei Marcelino/REUTERS)

The record surge in the intensity of wildfires across parts of the Amazon is creating worldwide concern. The rainforest, spread across several countries in South America, is considered crucial for global environment. French president Emanuel Macron, on Thursday, sent out a tweet, urging the G7 countries to discuss the matter urgently in their upcoming meet at Biarritz, beginning on August 24. However, such efforts are notably disliked by the right-wing government in Brazil.

Brazil’s president, Jair Bolsonaro, termed Macron’s tweet as “sensationalist”, adding that the appeal to discuss the Amazon fires at the G7 forum, without any representation from the region, was the sign of a “colonial mindset”. In any case, given the track record of the Donald Trump administration on issues of global environment, along with its closeness with Bolsonaro, it is highly unlikely that the issue will get any significant mention in the meeting as the United States is a member of the G7.

Brazil is witnessing an unprecedented rise in the incidences of forest fires in the recent months. Bolsonaro has, ironically, blamed the opposition groups, the local tribal population and non-governmental organizations for the fires. He has also refused to put any extra efforts to douse the fire, citing lack of resources.

Many social movements and organizations in Brazil believe that the fires are an act that may be attributed to the landed elite, close to president Bolsonaro, who want to clear the land for cattle ranching. Since coming to power last year, Bolsonaro has consistently pursued policies which have weakened the regulations that curb deforestation, thus accelerating the process. He had earlier replaced the director of the country’s National Institute of Space Research (NIPE) after it published data showing the increasing deforestation in the Amazon.

The Amazon rainforests are rich in biodiversity and are considered to be crucial for the global climate. However, the right-wing government in Brazil is inclined to clear large swathes of the forest area for “developmental projects”, a euphemism for the neoliberal loot of the region’s resources.

Meanwhile, the Bolivian government, led by Evo Morales, has hired a super-tanker to douse the fire inside its border areas. It has also mobilized the Boeing 747 to release water in order to stop the fire from spreading to other parts of the country.

The Morales government has refused the call, given by the country’s right-wing opposition, to invite foreign aid to fight the fire. President Morales rejected the proposal, citing the record of international aid in spreading neoliberal economic policies throughout the world. “We are no longer forced to submit to ‘international aid’ to deal with the country’s internal problems,” he said. The fire, which started in Brazil, has destroyed over half a million hectares of the forest inside Bolivia so far.