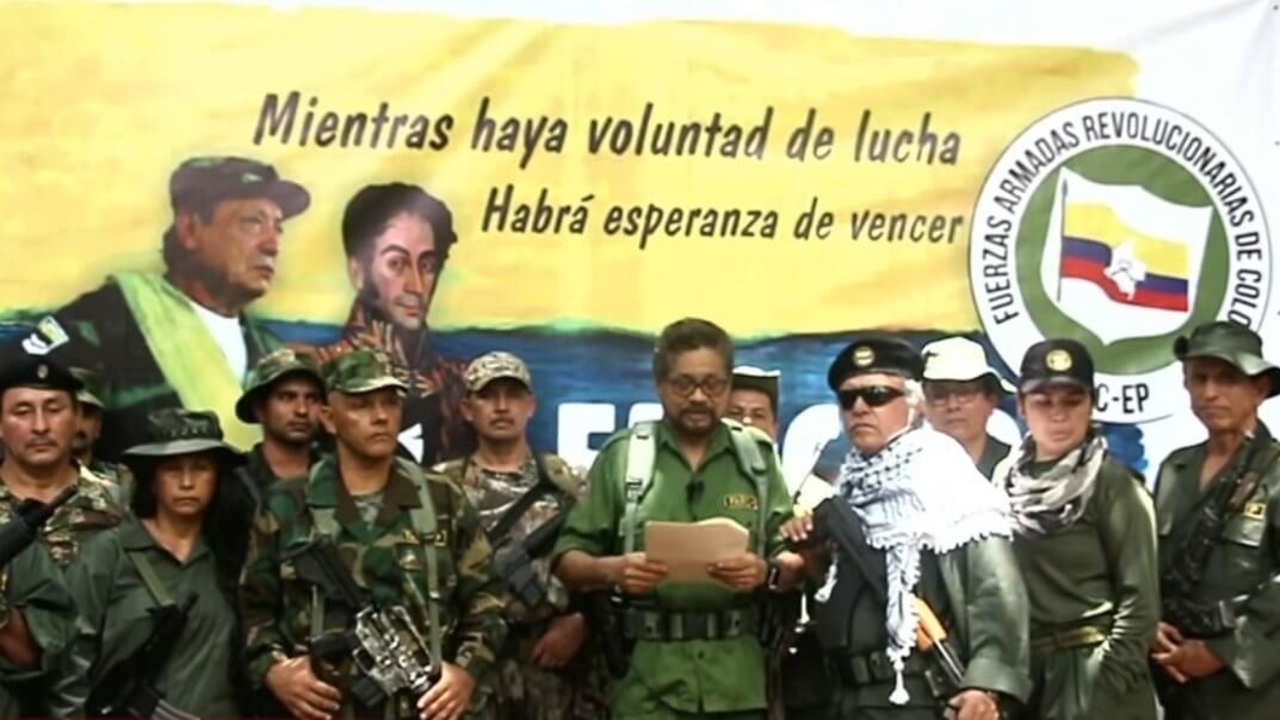 Colombia’s tumultuous peace process is entering a new phase. On August 29, the former member of the peace delegation of the Revolutionary Armed Forces of Colombia (FARC), Iván Márquez, accompanied by Jesús Santrich, announced in a YouTube video that they would return to armed struggle. The leaders attributed their decision to the betrayal by the Colombian state of the peace agreements signed in Havana by the government and FARC in 2016.

The announcement was met with a mixed response from Colombian society. Some sectors felt that it marked a setback to the path to peace in the country, while others saw the announcement as a natural response to the intensification of the conflict since the FARC’s demobilization in 2016.

The president of the political party of FARC, Common Alternative Revolutionary Force, Rodrigo Londoño, condemned the split, and pointed out that more than 90% of the former guerrillas remained committed to the peace process. “Despite the obstacles and difficulties ahead, we are with peace,” said Londoño.

While this may be true, as many have pointed out, including the leaders in their video, the peace process in Colombia is currently in a crisis. The Colombian government, under the leadership of the far-right Ivan Duque, has systematically failed to comply with what was agreed upon in the Havana peace agreements.

On one hand, funding to the different productive projects that were created through the agreement to help the economic and social transition of former combatants has been slashed. This has left ex-combatants in limbo with no possibilities to integrate into society. As a result, many have returned to armed groups, ranging from FARC dissident factions to criminal groups.

The projects to incentivize the transition from the cultivation of illicit crops like coca have also been undermined. According to reports, since the agreements were signed, there has been an increase in the production of coca and cocaine, which is the central source of funding for criminal groups in the country.

The Duque government has also engaged in a full-frontal attack on the Special Jurisdiction for Peace (JEP), which is a transitional justice system created through the peace agreements. The JEP has the mandate of investigating, judging and sentencing all those responsible for the crimes committed during the 5-decade conflict between the FARC and the Colombian security forces. In March, Duque objected to 6 of the 159 articles of the Statutory Law of the JEP which was presented to him for his approval. The articles had been debated and passed by the legislature in 2017 and revised by the Constitutional Court in 2018. His objections were later rejected by the lower house of the Colombian Congress and by the Constitutional Court.

The arrest of Jesús Santrich on April 9, 2018 was another blow to the JEP as he had previously presented himself to be processed under the JEP and as such, could not be processed by the regular justice system. The threat of Santrich’s extradition to the US also undermined the sanctity of the transitional justice system as Article 71 of the Final Peace Agreement stipulates that those participating in the JEP cannot be extradited.

Finally, and perhaps the most urgent, is the systematic physical elimination of ex-combatants, their family members and social leaders in the country. According to recent estimates, over 800 ex-combatants from the FARC, their family members, human rights defenders and social leaders have been assassinated since 2016 by state and paramilitary forces. These crimes, for the most part, remain in total impunity and authorities have written them off as random and not politically motivated.

The assassinations, which have been termed by some as genocide, have been accompanied by an intensification in the militarization of the territories, an increase in death threats and harassment of leaders and ex-combatants, and a rise in persecution and criminalization. This alarming situation has meant that for many, the war never ended.

In the video, Marquéz pointed out that the violent history of Colombia has been characterized by the betrayal by the State and the oligarchy of the hope and efforts for true peace. He gave a number of instances of this. These include the brutal assassination of the leader of the comunero insurrection, José Antonio Galán in 1782,  the assassination of popular leader Jorge Eliécer Gaitán in 1948, the genocide of more than 5,000 members of the political party, the Patriotic Union, in the late 1980s, the assassinations of leaders of the M-19 guerrilla group, and the current assassinations of ex-combatants and social leaders. Marquéz noted that people’s leaders fighting for transformation and peace in the country have always been betrayed.

Many have pointed out that the absence of peace and the rise in violence in Colombia is not and will not be because of the rearming of factions of the FARC or the decision of the ELN to not demobilize under the conditions presented by the Duque government. As the Congreso de los Pueblos (People’s Congress) pointed out in a communique released after the FARC leaders’ declaration, “The state and the right-wing political parties are responsible for the structural causes that originate and maintain misery, discrimination, repression, violence and State terrorism.” The communique said that all this had led to the disappearance in the past 40 years of more than 80,000 Colombian people, the majority of them humble, left political leaders and people’s fighters. The communique added that these policies were responsible for the genocide of more than 3,500 trade unionists in the last 35 years and of thousands of Indigenous people, Afro-descendant people, peasants, women and students.

As of now, it is yet to be seen whether this declaration will materially translate into the constitution of a new guerrilla group that has territorial control and the ability to carry out military operations. However, for now, it is a symbolic moment, the product of a lived reality in Colombia where the return of right-wing Uribismo under Ivan Duque has seen an intensification of violence and war against the people.

The National Agrarian Coordinator (CNA) wrote in a statement “If the conditions of inequality, poverty, hunger, dispossession, and turning the country over to the multinationals do not change, the actions of people’s rebellion in their distinct expressions will continue having justification and they will continue to be the responsibility of those that are in power.”