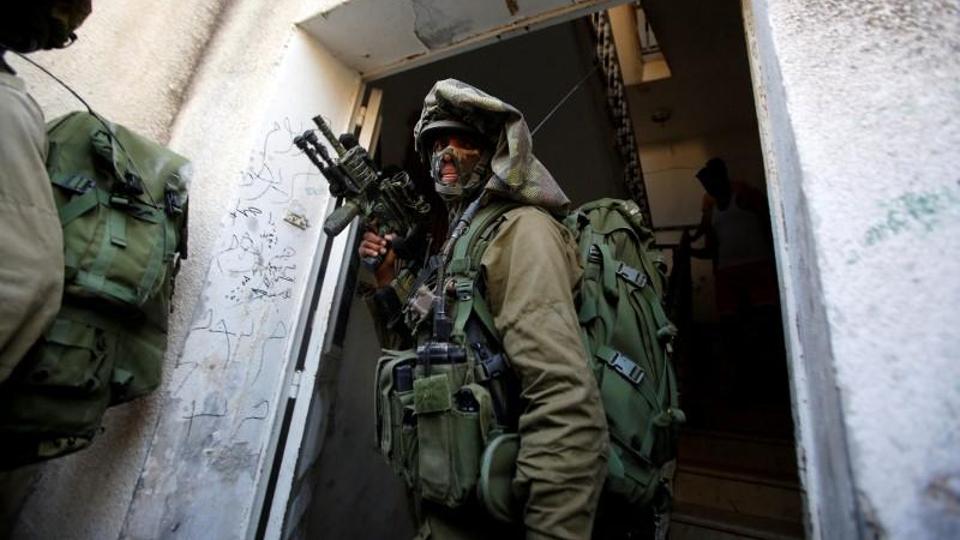 In the past week Israel has abducted at least 15 Palestinians from the West Bank.

In the early hours of dawn on Monday, a substantial contingent of Israeli army soldiers invaded several areas in the occupied West Bank where they kidnapped thirteen Palestinians and shot a child. Sources in Ramallah said that the soldiers entered the areas in several army jeeps.

In Beit Rima town, northwest of Ramallah, the soldiers shot a Palestinian child with a rubber-coated steel bullet in the neck. The soldiers also attacked Palestinians who started to protest the soldiers’ presence in the area in the morning. Locals also reported that the soldiers invaded and ransacked many homes in the area and occupied their rooftops. The soldiers reportedly also abducted three still unidentified children while they were on their way to schools. One of Palestinians abducted by the Israeli soldiers is a former political prisoner.

The soldiers also invaded and abducted several other Palestianians from the Silwad town, northeast of Ramallah, the al-Mazra’a ash-Sharqiya village, the town of Jenin in the Northern West Bank, the Qabatia town south of Jenin, the Tai village in the city of Nablus, the city of Hebron in southern West Bank, and the town of Beit Kahili west of Hebron.

The soldiers conducted searches of homes in all these areas, and installed roadblocks to the entrances of many of these villages and towns. They also stopped many approaching cars and searched them, questioning Palestinian passengers and inspecting their identification cards.

Earlier last week, in the early hours of Saturday September 9, the Israeli army raided the city of al-Biereh near Ramallah, and abducted a Palestinian student of Birzeit University, Samah Jaradat, from her home. The soldiers invaded Samah’s home and four others in the nearby village of Ein Qenya, west of Ramallah. They abducted Samah without giving any proper reason or explanation to the Jaradat family. Family members reported that the soldiers caused a lot of damage to their homes and furniture, etc. The soldiers left abruptly and took computer hard disks and memory cards from the homes.

Palestinians have also been denouncing the death of a Bassam Sayeh, a Palestinian political prisoner who had Leukemia. Sayeh who was 46 years old died on Sunday in what Palestinians organizations and officials are describing as an act of medical negligence on the part of the Israeli prison officials. He died in an Israeli hospital on Sunday after suffering from Leukemia since 2013. He had been arrested in October 2015 for allegedly being involved in the killing of Israeli settlers although he was not yet convicted for those crimes. Palestinians say that Israel did not provide him with adequate medical care while in prison, which resulted in his premature death.