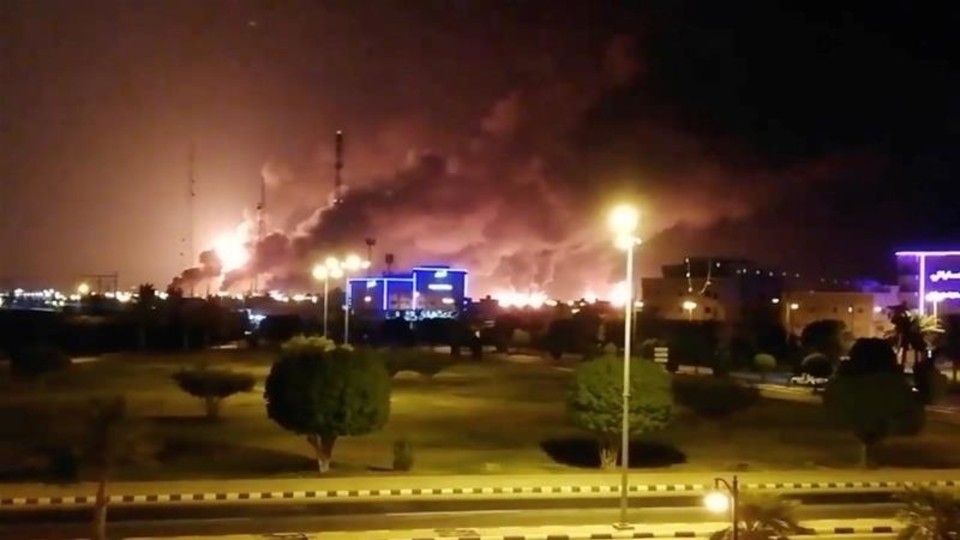 State-owned Aramco’s oil facility at Abqaiq, Saudi Arabia, the largest oil processing plant in the world, set on fire after being attacked by Houthi drones, on September 16. (Photo: Reuters)

The attack on two major Aramco-run oil facilities in Saudi Arabia on September 14 is likely to have massive repercussions, both in the region and globally. The attack, for which the Yemen-based Ansar Allah (Houthi) forces claimed responsibility, saw 10 drones targeting oil processing facilities at Abqaiq and Khurais in eastern Saudi Arabia. The group has warned of more attacks against Saudi Arabia and the UAE who have been leading a coalition against the Houthi forces in Yemen since 2015.

The attacks resulted in massive fires at both the plants belonging to Aramco, one of the world’s largest and most profitable companies. The facility in Abqaiq is the largest oil processing operation in the world. However, all activities have stopped at the two plants following the attack, which is expected to have a massive impact on global energy supplies.

Abqaiq processes more than 6 million barrels of crude per day. This represents almost half of the total crude oil production in Saudi Arabia and more than 5% of total global supplies.

While immediate supplies will not be hampered as the demand is met through strategic and emergency reserves, unless production is increased by other suppliers on an immediate basis, a disruption in global energy supplies is expected. The two plants that have been attacked will be out of operation for a few weeks. According to estimates, a reduction in the production at Abqaiq by half will lead to a 6% gap in global supplies.

An upward trend was witnessed in global crude prices on Monday. According to Aljazeera, oil prices rose by 15% (by USD 71 per barrel) on September 16, the highest increase registered in the last four months. Futures trading in Brent also saw an upward jump of 19% in the United States (by USD 63 per barrel). Oil prices are expected to rise more sharply in the coming days.

Saudi Arabia supplies around 10% of global crude. It has benefited from US sanctions on Venezuela and Iran and in recent times, has emerged as the global major oil supplier. Its spare reserves are large enough to balance sudden disruptions in demand and supply. However, this gap will be difficult to bridge in the current scenario, as even if Kuwait and the UAE are willing, they or any other major country in OPEC is not left with enough capacity to serve global demands, in case of a drastic reduction in Saudi production levels.

The attack on September 14 is also expected to adversely impact the Saudi plan to sell a significant share in Aramco, through a public offering. Saudi Arabia wants to generate additional revenue from the sale of shares in Aramco, apparently to diversify its economy and mitigate the impact of the war in Yemen.

As with the case of the attacks on oil tankers that took place in May and June, the US was quick to blame Iran for the drone strikes too. Abqaiq and Khurais are located almost 1,000 km away from the Yemeni border and are near the Saudi capital, Riyadh, which is closer to the Persian Gulf.

Mike Pompeo, the US secretary of state, has already accused Iran of being involved, without presenting any evidence. He tweeted on September 15 that “there is no evidence that the attack came from Yemen.”

President Trump also tweeted the next day, hinting at a possible Iranian role in the attacks. He wrote, “Saudi Arabia oil supply was attacked. There is reason to believe that we know the culprit, are locked and loaded depending on verification, but are waiting to hear from the Kingdom as to who they believe was the cause of this attack, and under what terms we would proceed.”

These allegations have been strongly refuted by Iran. Seyed Abbas Mousavi, a spokesperson of the foreign ministry, said on Monday that “Yemen has been entangled in war for five years and Iran has naturally, clearly announced that it supports the Yemeni people, but blaming Iran for such measures is in line with the American official policy of maximum lie.”

Iranian foreign minister Javad Zarif called Pompeo’s statement a “max deceit” and warned that the “US and its clients are stuck in Yemen because of the illusion that weapon superiority will lead to military victory”.

The Saudis and the US have always considered Ansar Allah a proxy of Iran. Iran has also maintained that it supports the Houthis’ fight against the US and Saudi-led aggression, but on political grounds only.

It is also believed that blaming Iran for the attacks is aimed at pressuring Iranian leaders into accepting Trump’s offer for a meeting, on the sidelines of the UN meet this month. Speculation regarding this engagement began taking place in some circles after the sacking of anti-Iranian national security adviser John Bolton earlier this month.

Meanwhile, Iran’s Islamic Revolutionary Guards Corp has claimed that it is ready for even a full-fledged war with the US and its allies.

The Saudi-led coalition has carried out numerous air strikes in northern Yemen, controlled by the Houthis, leading to the deaths of thousands of people. In retaliation, the Houthi forces have attacked several locations inside Saudi Arabia in the last few months, exposing Saudi vulnerability.

In the official statement issued after Saturday’s attacks, the Houthis admitted that “honourable and free men within the kingdom (Saudi Arabia)”, had provided them support in targeting the oil facilities. If the claim is true, then it may be likely that the war in Yemen has provided a space, and an ally, for the anti-monarchy forces within Saudi Arabia.

There is no doubt that problems faced by the Saudis in the five-year-old war in Yemen have multiplied recently, due to tough resistance from the Houthis and a break with the UAE, a member of its own alliance. The UAE has announced the withdrawal of its forces from Yemen, amid reports of infighting among the coalition forces, in recent months.

The Saudi blockade, which has resulted in massive shortages of essential food and medical supplies in Yemen, has also killed thousands and pushed millions to the brink of death. This has led to a global outcry, forcing Saudi Arabia’s main international backer, the US, to look for a way out of the war. In a recent development, the possibility of secret talks between the US and the Houthis has been reported on by the Wall Street Journal two weeks ago. The attacks on Aramco may also force the Saudis to look for an honorable exit from the war. 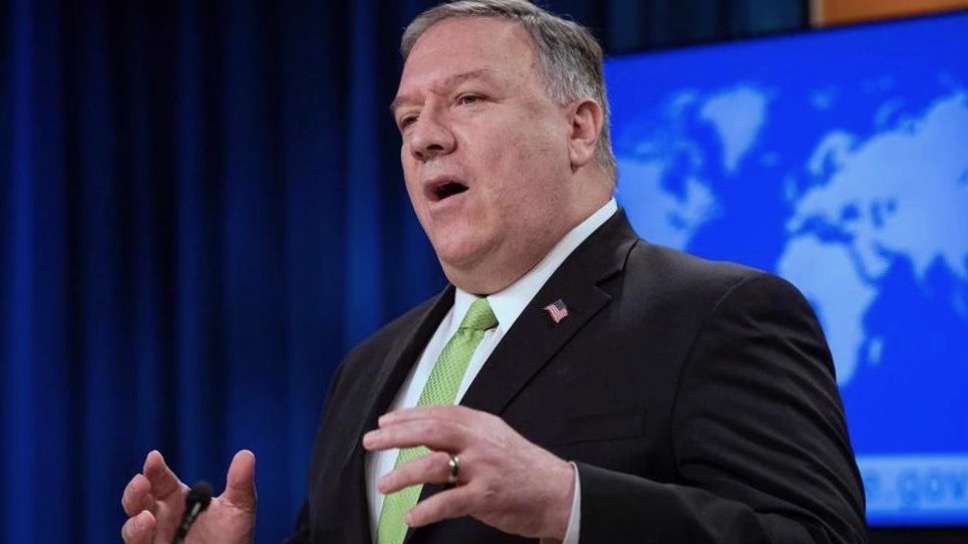 US announces end of sanction waivers under nuclear deal to Iran 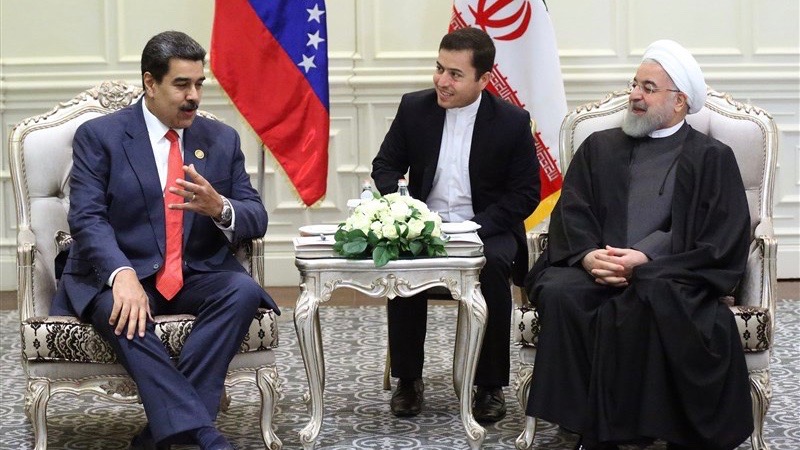 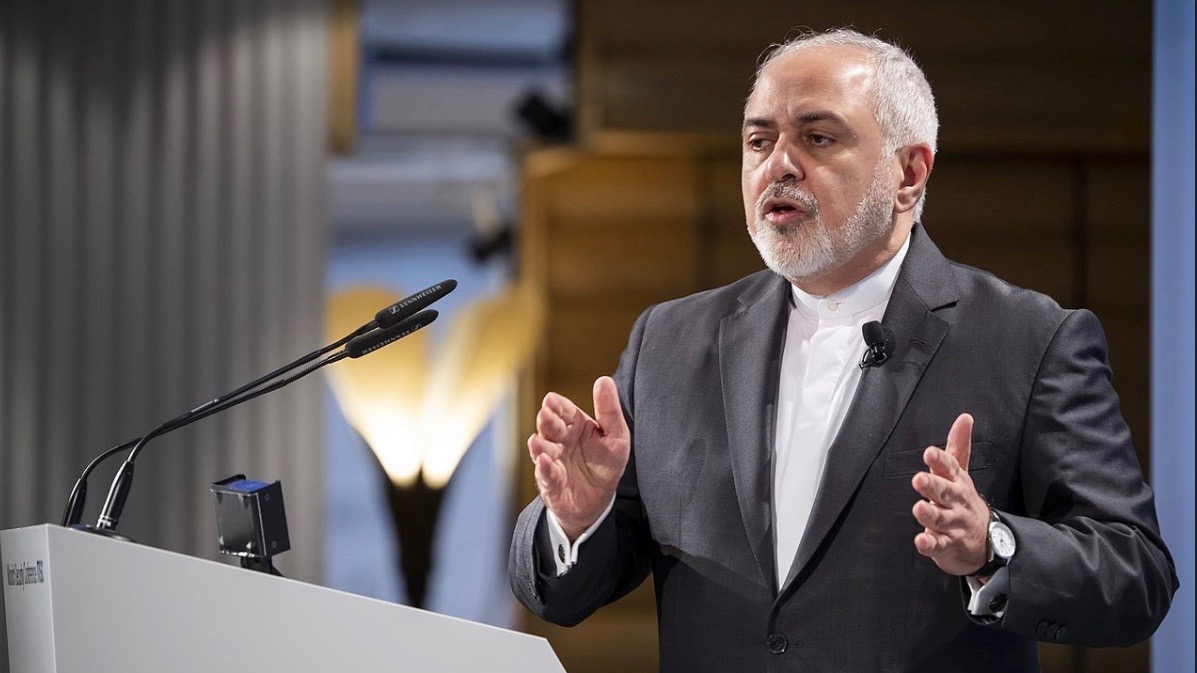 ‘Not their business’: Iran slams US threats to reimpose UN sanctions
RECENT ARTICLES