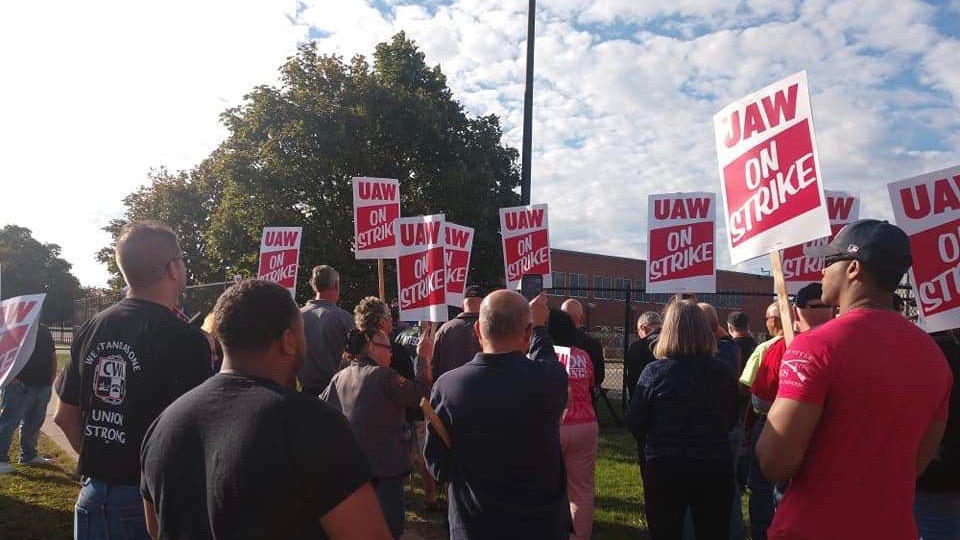 Auto workers from across General Motors plants in the US have begun a strike under the leadership of United Autoworkers, on reaching a deadlock during talks for a new contract.

The strike called by auto workers across General Motors (GM) plants in the United States entered its fourth day on Wednesday. It is being supported by tens of thousands of workers from within the auto sector and from outside as well. More than 49,000 GM workers, under the leadership of United Auto Workers (UAW), had called a strike early morning on September 16, after contract negotiations with the company reached a deadlock.

According to reports, leaders of the various local UAW units across the US met on Sunday morning and decided to commence their strike at midnight. The General Motors’ Collective Bargaining Agreement of 2015 had expired a day before, on Saturday. Following a formal meeting between the GM Council and local union leaders, the UAW announced that the workers were resorting to a strike in order to secure fair wages, affordable healthcare, a share of the profits and job security, among other demands.

“We stood up for General Motors when they needed us most. Now we are standing together in unity and solidarity for our members, their families and the communities where we work and live,” said UAW vice president Terry Dittes.

The World Socialist Website claimed that the company, which made USD 27.5 billion in profits over the last four years, is demanding a large increase in the workers’ healthcare related out-of-pocket expenses, from the current 3% to 15%. GM has also shown an increasing proclivity towards expanding its base of low-paid temporary and contract workers.

On Monday, 46,000 GM workers from 35 manufacturing plants and dozens of parts-distribution centers across 10 states in the US, staged a walk-out due to the strike.

The People’s World reported that workers of other auto companies like Ford and Fiat Chrysler, are also ready to strike if their unions’ negotiations with the companies fail.

US Senator Bernie Sanders tweeted on September 17 that the “GM CEO makes 281 times more money than its their average worker, pays nothing in federal income taxes and got a USD 514 million tax break from Trump. I stand with the 49,000 GM workers who just went on strike. Together we are going to end outrageous corporate greed.”

Several trade unions in the country and abroad, including the American Federation of Government Employees (AFGE), the Service Employees International Union (SEIU), the IndustriALL Global Union, the Graduate Teaching Assistants Coalition (GTAC), the Confederação Nacional dos Trabalhadores Metalúrgicos of Brazil, along with all the other Brazilian national trade councils, have expressed solidarity with the striking General Motors workers.

In February, GM, announced its plan to eliminate about 4,000 jobs across North America, including around 1,300 jobs at the company’s Warren Technical Center, Michigan. Already in November 2018, the company had announced the shutdown of its assembly plants at Detroit-Hamtramck in Michigan, Lordstown in Ohio and Oshawa in Ontario, putting 14,000 jobs at risk.

No to criminalization of anti-racist movement in US
RECENT ARTICLES