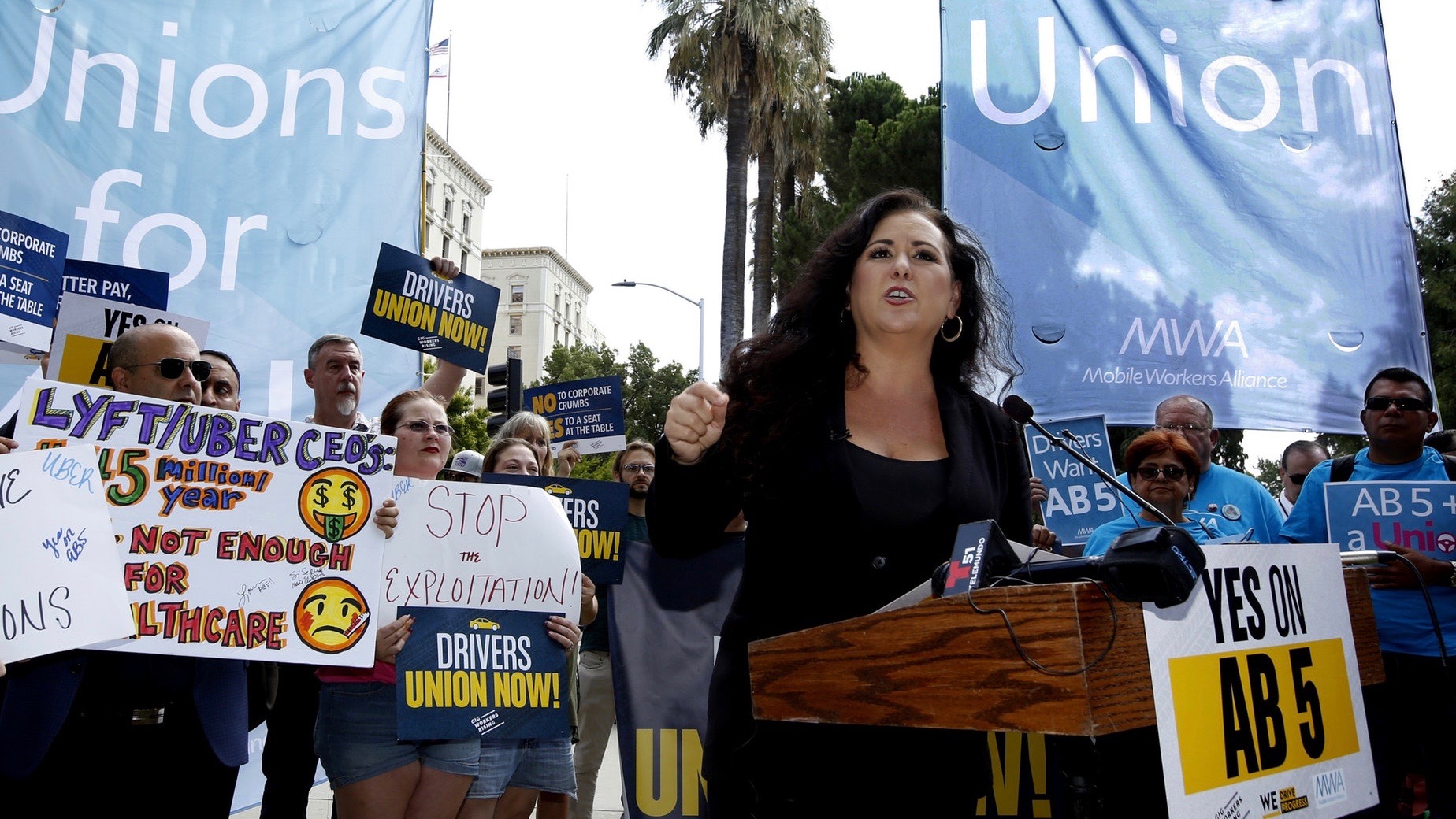 Governor Gavin Newsom of California in the United States on September 18 signed a law that will change the very nature of the gig economy in the State. The Assembly Bill 5 (AB 5) was earlier approved by the State legislature on September 11 and will force gig economy corporates or self-styled ‘aggregators’ to treat their workers as employees instead of ‘independent contractors’.

“Today, we are disrupting the status quo and taking a bold step forward to rebuild our middle class and reshape the future of workers as we know it,” said the San Diego Assemblywoman Lorena Gonzalez, who authored and introduced the law, with endorsement from governor Newsom.

This effectively codifies the April 2018 judgement by the California State Supreme Court, in the Dynamex Operations West Inc. vs Superior Court of Los Angeles case that established a stricter test to differentiate contractors from employees. The three-part test, known as the ABC Test, put the onus on the employer to prove that that someone is a contractor and not an employee.

The legislation will not be applicable to sectors that hire professionals like doctors, lawyers and real estate agents, who have specific laws and autonomous guilds regulating their practice and work contracts. However, the legislation covers other traditional gig economy workers, like newspaper delivery services, with a one-year relaxation period to formulate mechanisms to implement the law.

The legislation will force gig economy corporates like Uber, Lyft and DoorDash to not only recategorize their workers, but also grant various entitlements to nearly a million workers as mandated by the State’s comprehensive labor laws. These include minimum wage, overtime benefits and paid leave, among other things.

These corporates had earlier committed USD 30 million each to campaign for a ballot measure or a public proposition by 2020, against both the Supreme Court judgement and AB 5. Several of these companies also stated that they will continue to classify their workers as contractors and express confidence that such categorization will pass the ABC test.

On the other hand, Governor Newsom categorized the new law as a “landmark” in labor rights and stated that he will also work towards extending union rights to all workers. “The next step is creating pathways for more workers to form a union, collectively bargain to earn more, and have a stronger voice at work – all while preserving flexibility and innovation.”

Although the gig economy or the informal sector is nothing new, the sector has expanded exponentially over the past decade with the proliferation of apps to order on-demand services. App-based services, like Uber, have created a large informal workforce outside the ambit of labor laws and workplace regulations, often labelled as “contractors” and “entrepreneurs”, driving down basic wages and adversely affecting traditional informal workers, like taxi drivers.

Workers, especially those hired by multinational ride aggregators, have held strikes and protests around the world, demanding regularized contracts, minimum wages and other benefits offered to taxi drivers and formal employees.

Speaking about the historic and global implications of the legislation, Gonzalez said that “California is now setting the global standard for worker protections for other states and countries to follow.” The law can become the benchmark for legislative interventions that can be used to deal with the widespread violation of workers’ rights not only by the newer app-based aggregators but also other traditional gig economy sectors.