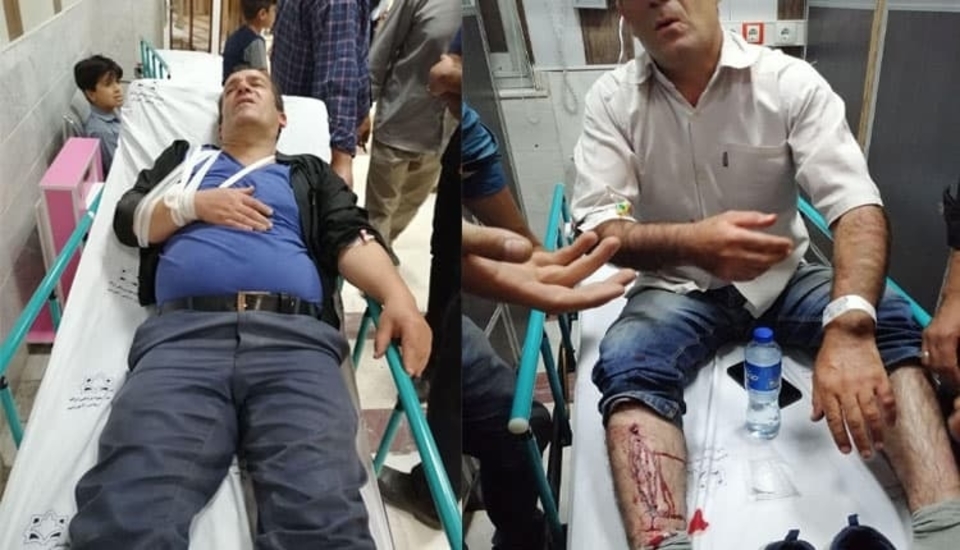 At least 15 protesting workers of the Heavy Equipment Production Company have been injured by violent police action in Arak, Iran.

On September 16, hundreds of workers associated with the Heavy Equipment Production Company (HEPCO), conducted a peaceful protest for several hours in the city of Arak, located in Iran’s Markazi province. They were demanding that their pending wages be released and the privatization of companies stopped.

In a brutal response by the authorities, 28 protesting workers were imprisoned by the security forces. As per reports, at least 15 workers have been critically injured, after being confronted by the police, while they were protesting near the North-South Railways area.

Despite the family members of the detained workers, accompanied by other protesters, visiting the Arak jail multiple times to plead with the authorities to release those arrested, their requests have been rejected. Several international bodies, including IndustriALL, have demanded that the authorities release the workers immediately.

Last October, 15 workers were sentenced with a prison-term and flogging, after being arrested during demonstrations demanding unpaid wages. The incident invoked widespread condemnation from human rights organizations over the handling of the peoples’ movement by the government.

Similarly, on September 7, the Tehran Revolutionary Court sentenced seven labor activists to up to 18 years of imprisonment for organizing protests in November 2018 at the Haft Tappeh Sugarcane Factory located in the southern city of Shush.

The president of Iran, Hassan Rouhani, has also been criticized for privatizing a number of industrial enterprises in recent years. Critics claim that the companies are often sold below their market value to those who are part of the ruling regime, who are also provided government-backed loans.

IndustriALL, on September 23, reported that “the owners used these profitable businesses to gain further loans for other unrelated enterprises.”

After the Iranian government privatized HEPCO in 2017, the employment ratio has decreased by several folds.

Around 900 workers associated with HEPCO, have demanded that their company be returned to public ownership. They have stated that the exploitation of vulnerable workers can be controlled by providing more employment.