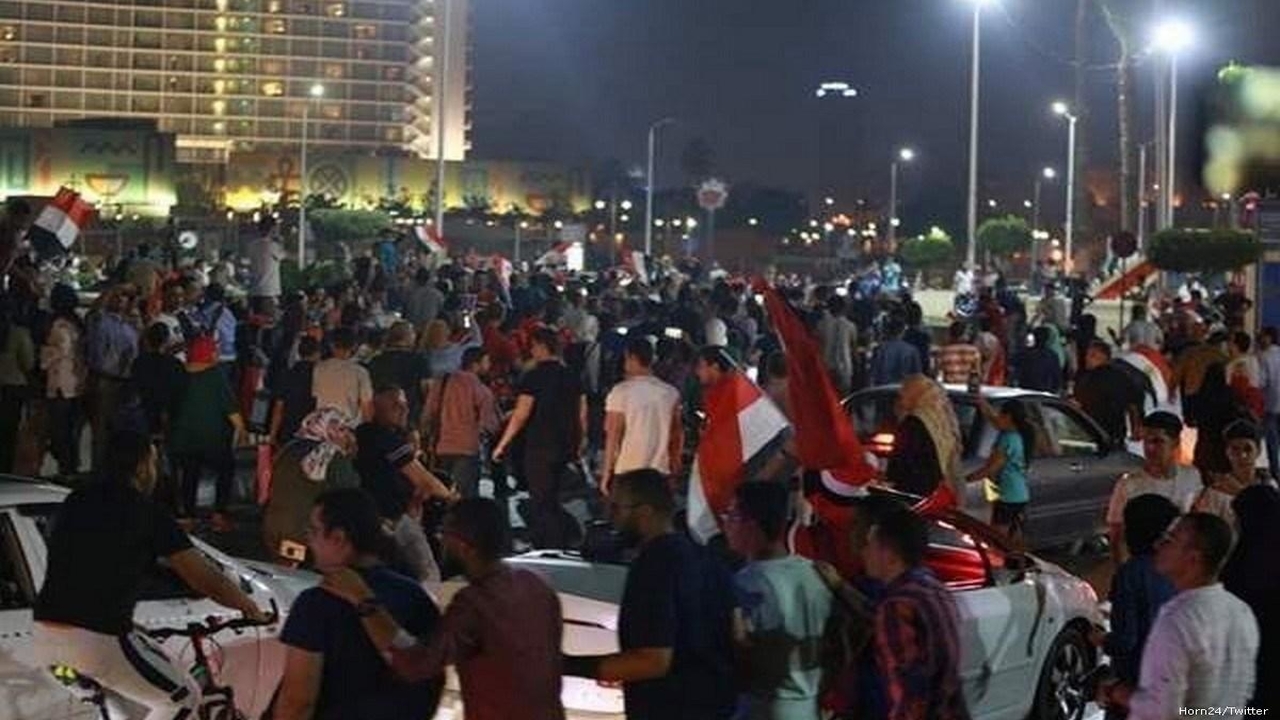 Nearly 2000 people have been reportedly arrested since protests broke out against el-Sisi on September 20. File Photo

Protesters shouted slogans such as, “Leave Sisi!” and “We won’t leave our house!” Smaller demonstrations were reported in different cities, such as Luxor, Qena and Sohag, mostly in the upper Nile region.

The forces also closed off all access roads to Cairo’s Tahrir Square, site of the 2011 protests against Hosni Mubarak. Government agencies also mobilized employees of different government and private companies for a demonstration in favor of el-Sisi at the Rabba square in Cairo, and at another location in Alexandria. There are also reports of people from nearby villages being forced to take part in these engineered pro-el-Sisi demonstrations.

More than 2,000 people, mostly youths aged between 18-24, and prominent opposition activists, have been arrested or detained since the first demonstrations broke out in Egypt on September 20. The leadership of various Egyptian leftist organizations has been targeted. Blogger and software engineer Alaa Abdel Fattah, one of the prominent activists during the 2011 protests, was also re-arrested on September 29.

The immediate trigger for Friday’s protests seems to have been a call by Mohammad Ali, a former military contractor living in exile in Spain. Ali had called for a “million march” against the government’s expenditure on luxury hotels and palaces at a time when the country is struggling with austerity, inflation and poverty. However, the protests are a result of deep-rooted discontent that has been building up ever since el-Sisi came to power.

Egypt has been provided a USD 12 billion loan by the International Monetary Fund, requiring the government to adopt strict austerity measures. However, el-Sisi’s economic policies have intensified the distress faced by the majority of the population in Egypt, leading to a steep fall in his popularity.

Abdel Fatah el-Sisi came to power in 2013, in a coup against the Mohammad Morsi’s post-Arab Spring government. Though he has won two consecutive elections in 2014 and 2018, he has largely relied on the support of the military for his political survival. His regime has indulged in innumerable human rights violations, including illegal detention, torture and extra-judicial executions. The media is Egypt, in particular, is restricted by strict laws relating to reportage and censorship.

According to an Al-Jazeera report, there are an estimated 60,000 political prisoners in Egyptian jails currently. Certain regions in Egypt, such as the Sinai province, have seen massive armed operations against terrorists. However, the war against terrorism is often used as a pretext to supress all kinds of possible opposition to the domination of the military in the country’s politics.

El-Sisi has been confident that the current demonstrations will not impact his rule. After coming back from the UN General Assembly meeting in New York on Friday, he stated that what happened in 2011 would not be repeated. In New York, though el-Sisi was faced with crowds of protesters, US president Donald Trump came out openly in his support, even calling him a “great leader”.