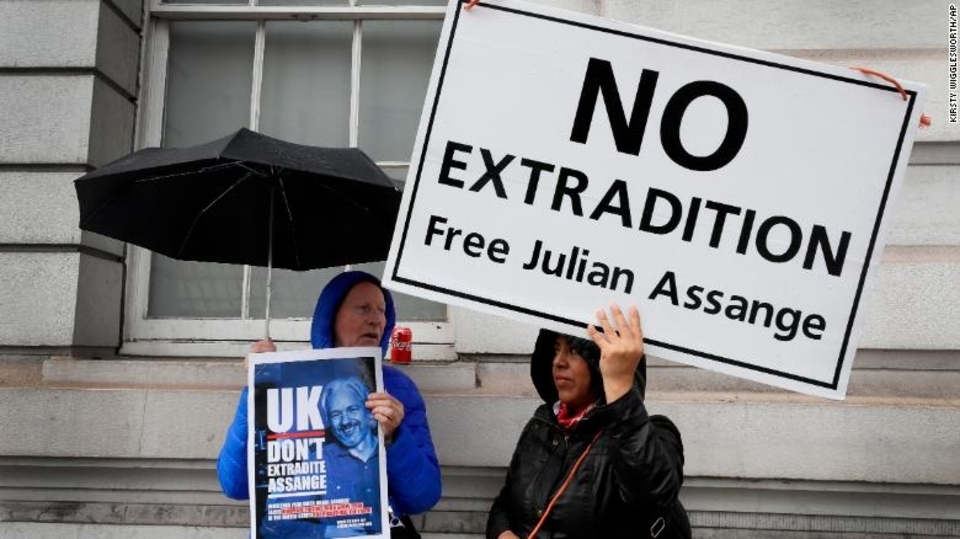 On October 21, a Westminster district court in the UK refused a plea by Julian Assange’s lawyers to extend the date for hearing the US request for the extradition of the Wikileaks founder. This is despite his lawyers pointing to new developments and the lack of time to prepare in this regard. The court fixed February 25, 2020 as the date of commencement of the full hearing.

At the hearing, Assange’s lawyers said that the case was politically motivated and was part of the Trump administration’s efforts to “signal to journalists the consequences of publishing information.” Assange, who has been in detention since April, was reportedly frail and struggled to speak properly. Nevertheless, he pointed out that the trial was not equitable. “This superpower [the US] had 10 years to prepare for this case and I can’t [even] access my writings,” he said. His lawyers also said that they would raise the issue of recent revelation of a Spanish firm being paid by the US to spy on Assange during his stay at the Ecuadorian embassy in London. The Spanish newspaper, El Pais, reported some months ago that UC Global, a company hired by Ecuador to protect its embassy, had passed on videos of Assange’s meetings to US intelligence services.

Julian Assange was granted asylum by Ecuador in 2012 and spent nearly seven years in its embassy in London. With the coming to power of Lenin Moreno, the restrictions on him increased, and finally in April 2019, British police personnel were permitted to drag him out of the embassy and arrest him. Assange was initially sentenced to 5o weeks in jail for jumping bail in 2012. Meanwhile, US  prosecutors filed charges against him under 18 counts of the Espionage Act. If he is convicted, he could be sentenced to a jail term of 175 years. Assange is being accused of conspiring against the state by trying to steal classified information from a Pentagon computer. He has denied the charges.

In June, the then UK home secretary Sajid Javid, signed the US extradition request, permitting the opening of proceedings against Assange. In the meantime, his health deteriorated rapidly and he had to be shifted to the hospital wing of Belmarsh prison.

The next hearing in his bail case will be held in December.

The US charges against Assange are an attempt to punish him for working with Chelsea Manning to release information on US war crimes and atrocities in Iraq and Afghanistan. Manning herself is in prison for refusing to testify against Assange before a grand jury. Wikileaks revelations have led to the exposure of the underhand dealings of imperialist forces, causing massive diplomatic problems and embarrassment. They have also helped people’s movements and activists acquire vital information to advance people’s struggles across the world. A key part of the US strategy against Assange has been to deny his role as a journalist and brand him as a spy or a foreign agent. In June, Assange’s legal team emphasized this point in a statement where it said the case against him is “an outrageous and full-frontal attack on journalistic rights.” Artists, writers and journalists across the world have also released statements in support of Assange.

On Monday, protests were held outside the Westminster court in support of Assange. Protesters demanded the quashing of the extradition case. They said the witch hunting of Assange was an assault on the demand for transparency by governments, the rights of whistle blowers and the freedom of information.