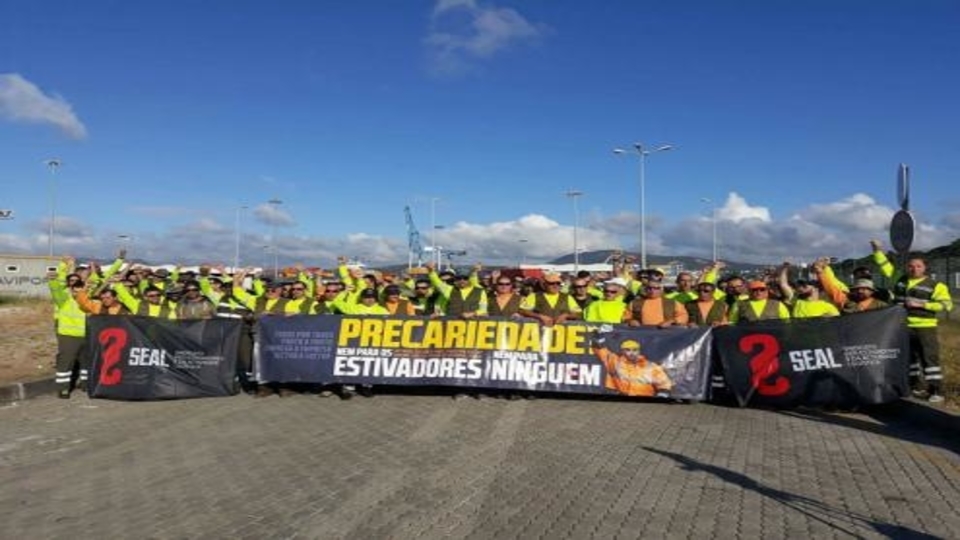 Dockers of the Setúbal Port in Portugal protest against the dock authorities for violating the collective bargaining agreement reached with the workers on May, 23. (Photo: Esquerda.net)

The workers of the Setúbal dock in Portugal are gearing up for protests against the port’s operator for hiring an external worker in violation of the collective labor agreement signed with the dockers’ union. The Turkey-based port operating group, Yılport Holding Inc., has admitted to hiring a worker who does not belong to the temporary workers’ dockers group that is engaged in the operations at Setúbal.

The Union of Stevedores and Logistics Activity (SEAL), representing the dock workers, told the media that the move by the Setúbal Sadoport’s authorities of hiring someone outside of the group of workers covered by the Collective Bargaining Agreement (CCT) is a blatant violation of the pact with the dockers and can potentially disturb the peace at the Setúbal Port.

SEAL’s bargain with the employers’ association had come through mediation by the government. Esquerda.net reported that on May 23, the plenary of stevedores had endorsed the CCT. This agreement guaranteed a semi-automatic salary progression for the 200 workers of the Setúbal port, with an annual salary upgradation adjusted at 1.3% above the inflation rate. It also prompted the integration of 56 workers in the port operators’ staff, as well as the guarantee of the right to work on a daily shift basis for approximately 80 workers.

Due to the recent violation of the agreement by the dock operator, the union of dockers has extended an ultimatum to the Sadoport authorities, asking them to review the hiring of the external worker. In the plenary of workers called by SEAL on October 28, a decision to issue a strike notice directed against all the companies of the Turkish Yılport group gained the approval of the large majority of the workers.