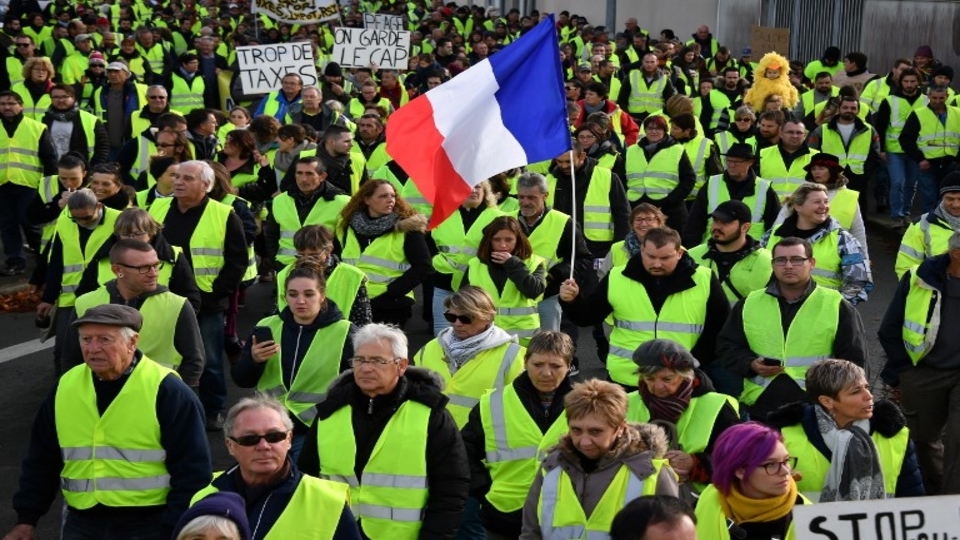 Large-scale mobilizations were registered during the weekly demonstrations by the Yellow Vests each Saturday, demanding the ouster of Macron. (Photo : The Local.fr)

As reported by Local.fr, Christophe Chapuis, the assembly’s designated spokesman, told the media, “We started out amid heavy repression… with a sense of urgency to solve problems. Now is the time for longer-term work on a solid base.”

The Yellow Vests movement began on November 17, 2018, when the French government of president Emmanuel Macron announced a hike in fuel taxes, purportedly to combat climate change. This decision was the final straw for the people of France who were already infuriated by a series of anti-poor reforms passed by Macron’s government. Even though the fuel price hike was subsequently revoked, the Yellow Vests movement continued in the country. Huge mobilizations took place each Saturday, demanding the ouster of Macron. On several occasions, the Yellow Vests also cooperated with the organized trade union protests.

However, the movement which had drawn hundreds of thousands of people in the initial months, gradually weakened. Macron, who was on the backfoot in the earlier months of the protest, made a comeback. The government also unleashed heavy police repression against the protesters. It enacted a new legislation prohibiting certain demonstrations, specifically targeting the Yellow Vests mobilizations.

A Yellow Vests electoral list contested in the European parliamentary elections in May 2019 but performed poorly. It has been speculated that some of the Yellow Vests’ base voted for the far-right French Nationalist panel in order to defeat the Macron-led contingent. Despite this, Macron’s list was successful.

Though failing to oust Macron, it should be noted that the Yellow Vests have managed to channelize the latent anger in French society against the austerity policies of the government. They have also won certain sectoral victories, including the rolling back of the carbon tax. Even with reduced numbers, the movement has been able to continue the weekly protests for 50 consecutive weeks.