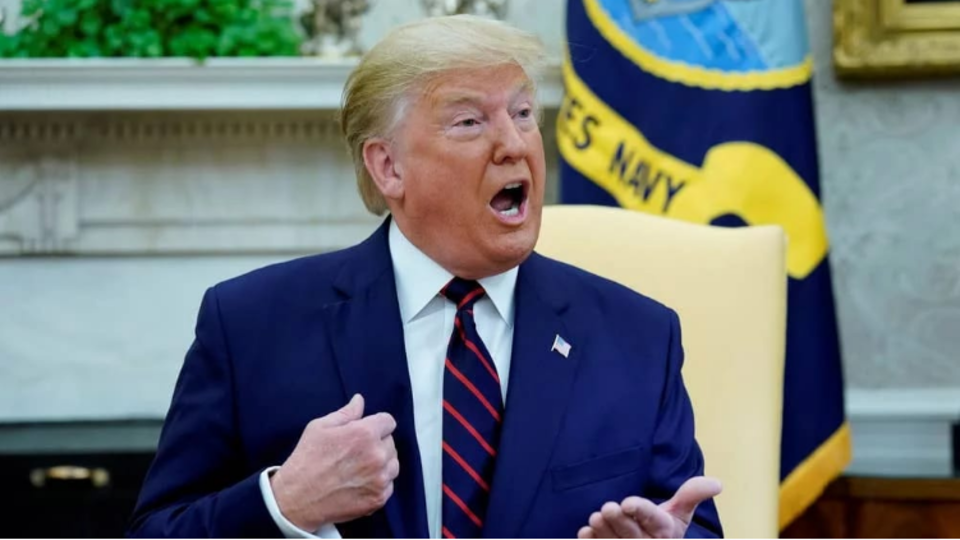 US President Donald Trump sacked his Navy secretary on Twitter. The main reason is that the Navy secretary did not follow Trump’s advice regarding Navy Special Warfare Operator Edward Gallagher. Trump wanted Gallagher to retain his position as a Navy Seal. Gallagher was accused of stabbing to death a wounded fighter of the Islamic State of Iraq and the Levant (ISIS) in 2017; he was also accused of other incidents of murder (of a schoolgirl and an elderly man), and then of obstruction of justice. In July 2019, a military court acquitted Gallagher of most of the charges but found him guilty of posing with the body of the fighter who had been stabbed to death.

Gallagher’s situation emerged onto the front pages only because of the intervention of Trump. Otherwise, these accusations of war crimes or “misconduct” emerge, they are sometimes investigated, and then they just dissipate. Report upon report has accumulated over the past 16 years of war crimes committed in Afghanistan and Iraq. The U.S.-NATO war on Afghanistan began in 2001, while the U.S. war on Iraq began in 2003. Hardly a day goes by in these countries where their combatants aren’t committing war crimes.

As early as December 21, 2001, the United Nations inquired about reports of “summary execution of prisoners after capture”; the immediate news was that about 2,000 Taliban prisoners at Qala-i-Jangi, near Mazar-i-Sharif, Afghanistan, had been “suffocated to death or shot in container trucks,” according to a report by the Physicians for Human Rights. In 2009, it became clear that the administration of George W. Bush had obstructed any investigation into this particular atrocity. Not one person has seen the inside of a court for this war crime.

What is a “war crime”? The Rome Statute of the International Criminal Court—which went into effect in 2002 but was drafted in 1998—defines war crimes as “serious violations of the laws and customs applicable in international armed conflict.” These include attacks against civilians, attacks against those who have surrendered, attacks with biological and chemical weapons, and attacks against medical and cultural institutions.

The Rome Statute builds on 100 years of legal precedent established in the Geneva Conventions and the Hague Conventions. There is no ambiguity in the Statute, which should be read by schoolchildren in countries that are prone to prosecute wars.

The United States is not a party to the International Criminal Court (ICC). It had helped establish the Court, but then reversed course and refused to allow itself to be under the ICC’s jurisdiction. In 2002, the U.S. Congress passed the American Service-Members’ Protection Act, which allows the U.S. government to “use all means” to protect its troops from the ICC prosecutors. Article 98 of the Rome Statute does not require states to turn over wanted personnel from a third party if these states had signed an immunity agreement with the third party; the U.S. government has therefore encouraged states to sign these “article 98 agreements” to give its troops immunity from prosecution.

The enormity of evidence of war crimes by U.S. troops and U.S.-affiliated troops in Afghanistan and Iraq weighed on the credibility of the ICC. In 2016, after a decade of investigation, the ICC released a report that offered hope to the Afghan people. The ICC said that there is “a reasonable basis” to pursue further investigation of war crimes by various forces inside Afghanistan—such as the Taliban, the Haqqani network, and the United States military forces alongside the Central Intelligence Agency. The next year, the ICC went forward with more detailed acknowledgment of the possibility of war crimes. Pressure on the ICC’s prosecutor mounted.

Pressure on the Court

This is where everything seemed to end. The Trump administration, via John Bolton and Mike Pompeo, made it clear to the ICC that if they pursued a case against the U.S., then the Trump administration would go after the ICC prosecutor and judges personally. An application for a U.S. visa by Fatou Bensouda, the ICC prosecutor, was denied; she had intended to come to the U.S. to appear before the United Nations. This was a shot across the bow of the Court. The U.S. was not going to play nice. Not long thereafter, in April 2019, the ICC said that it would not go ahead with a war crimes case against the United States, or indeed against any of the belligerents in Afghanistan. The Court said it would “not serve the interests of justice” to pursue this investigation.

Trump responded to this decision by calling the ICC “illegitimate” and—at the same time—that the ICC’s judgment was “a victory, not only for these patriots, but for the rule of law.”

Staff at the ICC were dismayed by the ICC’s decision. They were eager to challenge it, fearing that if they let the U.S. mafia tactics prevent their own procedures then the ICC would lose whatever shred of legitimacy remains. As it is, the ICC is seen as being deployed mainly against the enemies of the United States; there have been no serious investigations of any power that is closely aligned with the United States.

In June, Fatou Bensouda, the ICC prosecutor, filed a request inside the cumbersome system of the ICC to essentially appeal the decision not to pursue the investigation of the war crimes in Afghanistan. Bensouda’s appeal was joined by various groups from Afghanistan, including Afghan Victims’ Families Association and the Afghanistan Forensic Science Organization. In September, the Pre-Trial Chamber of the Court said it would allow the appeal to go forward. Bensouda’s office is now going to have to assemble an enormous case for her appeal; this could itself take the better part of six months. It is likely that the Trump administration has already begun to pressure the Court, which the Court’s staff worries will have an impact on the appeal as it did on the first filing.

Britain and the Court

The main U.S. ally in these wars in Afghanistan and Iraq has been the United Kingdom. A recent television program in the UK provided chilling evidence of British war crimes in Iraq. In 2017, the ICC said it had “credible” evidence that UK armed forces had committed horrific war crimes—including murder, torture, and rape—between 2003 and 2009. Reports piled up, but action was not taken. Now, given the new revelations on BBC’s “Panorama,” the ICC says that it will likely take up the case again.

There is no doubt that if the UK’s case is fairly adjudicated, it will raise many issues about the senior partner in these wars, namely the United States. Boris Johnson, the prime minister of the UK for now, says that he wants to pass legislation that—like in the U.S.—gives immunity for its troops. Jeremy Corbyn’s Labour Party has said, on the other hand, that it welcomes the scrutiny.

No soldier should be above the law. Nor should those who sent the soldiers into battle. None of these inquiries asks that more fundamental question.

Former United Nations Secretary-General Kofi Annan called the U.S. war on Iraq “illegal.” No one, not even Bensouda, has suggested that George W. Bush, his Cabinet, and Tony Blair be brought into the dock.

If justice is to be sought, it is not at the level of someone like Edward Gallagher alone; it should be his superiors on the political side who need to answer questions about not just this or that war crime, but about the entire war and the crime of it all.