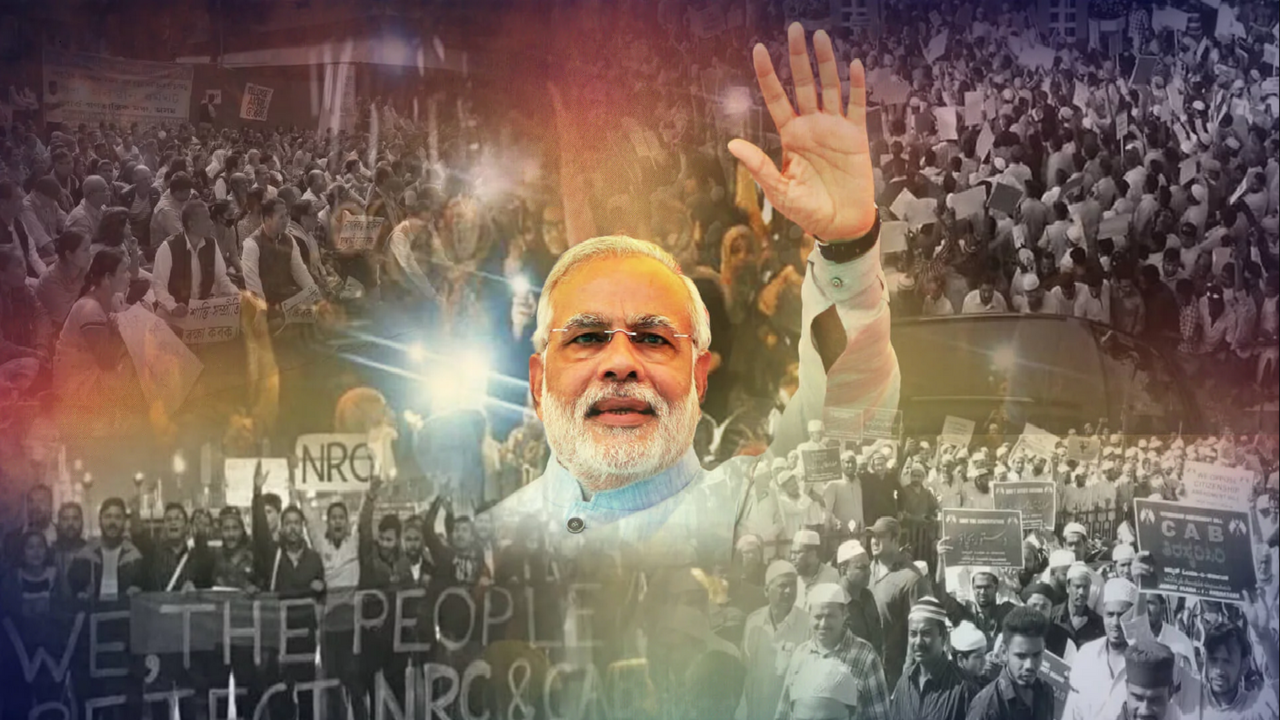 In the past fortnight or so, an estimated 20 people have lost their lives, thousands have been injured or detained as protest actions against the controversial Citizenship (Amendment) Act (CAA) and the subsequent National Register of Citizens (NRC) engulfed India.

Students in over 50 major universities and institutions have held protests and faced unprecedented police brutality, as in Jamia Millia Islamia (Delhi) and Aligarh Muslim University. Left parties led a successful day of protest on December 20, across the country. Two chief ministers came out on the streets to participate in public protests while six others have supported the stir.

Meanwhile, Prime Minister Modi addressed the centenary celebrations of one of India’s three industry associations, the Assocham, and assured them that India was well on the path to becoming a $5 trillion economy. He asserted – quite in the face of facts – that his government had saved India from falling off the cliff and put the economy back on a healthy path. This assertion of the PM is bizarre and troubling on several counts.

It needs a leap of imagination to say that the economy is doing well and progressing smoothly when unemployment is over 8% for over seven months running, according to CMIE (Centre for Monitoring Indian Economy) estimates and touched a 45-year-high last year, according to the last official estimation done by the National Statistical Office (NSO).

Not only that, inflation, especially food inflation, has been steadily rising over the past several months, according to official estimates, which usually under-estimate actual prices. Government data in a suppressed NSO report on consumer expenditure shows that consumer spending declined by 4% between 2011-12 and 2017-18. This would have pushed millions into poverty and malnutrition, coupled as it is with high unemployment. Investment is flagging or even declining, bank credit is stagnating, exports and imports have fallen and capital expenditure is down. How any of these indicate a sound and healthy economy is known only to the ruling Bharatiya Janata Party’s (BJP) top brass. As far as the people are concerned, the economy is in deep distress and their lives are facing a harrowing future.

That the prime minister makes this assertion even as his cabinet colleague, finance minister Nirmala Sitharaman, is handing out bailouts and sops to corporates through tax cuts and rescue funds – all in the name of a slowing down economy – is the bizarre part. Are they living in some parallel universes, blithely unaware of each other?

The troubling part is that that the Modi government is clueless about how to deal with the ongoing economic crisis. They are trying to boost corporate economic activity by giving concessions, easing credit, offering precious public sector units in fire sales and easing foreign capital entry into strategic sectors. But all this is having no impact on the sinking economy because nothing worthwhile has been done to boost demand by putting money in the hands of the people. In fact, to the contrary, government expenditure on welfare schemes has been squeezed.

The most troubling part of this hubris of the ruling BJP lies in their unleashing the CAA/NRC weapon precisely at this time of all-round distress. Perhaps they really believe that everything is fine on the economy front and hence they want to get along with their larger goal of establishing a Hindu Rashtra [Hindu nation]. Or, perhaps, the divisive CAA/NRC is part of their strategy to deal with the distressed economy – by diverting everybody’s attention to the life and death issue of citizenship. But psychoanalysis of thought processes is neither here nor there.

The fact remains that Modi sees it incumbent upon himself to reassure a big-industry lobby group that all is fine, we are decriminalizing business-related offences, economy is going to bounce back, etc. even as thousands are on the streets trying to force the government to abandon its poisonous plan of deciding citizenship on the basis of religious identity.

Various government propagandists and leaders/activists of the BJP are tirelessly churning out the twin Big Lie that CAA has nothing to do with NRC and the NRC will not be directed against any genuine citizen in India. This propaganda barrage has, however, been rejected by ever growing sections of the people, as evidenced in the spreading protests.

CAA is nothing but a stepping stone towards the NRC, the real purpose of which is to further marginalize the minority community and ultimately turn them into second class citizens, disenfranchised and subjects of the majority. This was spelt out long ago by Rashtriya Swayamsevak Sangh [the fascist socio-political paramilitary organization that is the parent of the ruling BJP] supremo M.S. Golwalkar and has been the cornerstone of the right-wing’s thinking and activities for decades. It’s a dream that is being put into practice by the present BJP government.

The CAA fast-tracks grant of full citizenship to various religious community members, barring Muslims, who want to come to India from three neighboring countries. The NRC exercise will demand that every resident in India give suitable documentation about his/her citizenship, which includes place of birth, period of residence, place of birth of parents etc. as spelt out in the Citizenship Act, and further elaborated in the Rules framed under it.

Not only will this mean that every person will be scrambling to procure these documents – the law says the onus of proof is on the person not on the government – the final decision will be in the hands of officers appointed by the central government. The CAA will help all but the Muslims to get citizenship in case there is any lacuna. But, effectively, this exercise will mean that the whole country will be on the streets, standing in queues, trying to prove that they are true citizens. Otherwise, as the laws prescribe, you will be ‘interned’ and/or deported.

More than this, the process itself will become an opportunity for coercion and suppression of marginalized sections, including not only Muslims but also all other disadvantaged sections, such as dalits and adivasis.

All that is in the future – currently, the fear serves the purpose of allowing Modi to sell off the country’s economic assets and labor to greedy corporates without any hitch.

Fortunately, the current protests and the upcoming strike by industrial workers and rural strike on January 8 against the government’s economic policies, are tying up both aspects into one massive united rebuff to Modi and the Sangh Parivar’s policies. The strike has been called by 10 central trade unions who have also opposed the CAA/NRC. The disconnect between the people and this regime is set to deepen further.