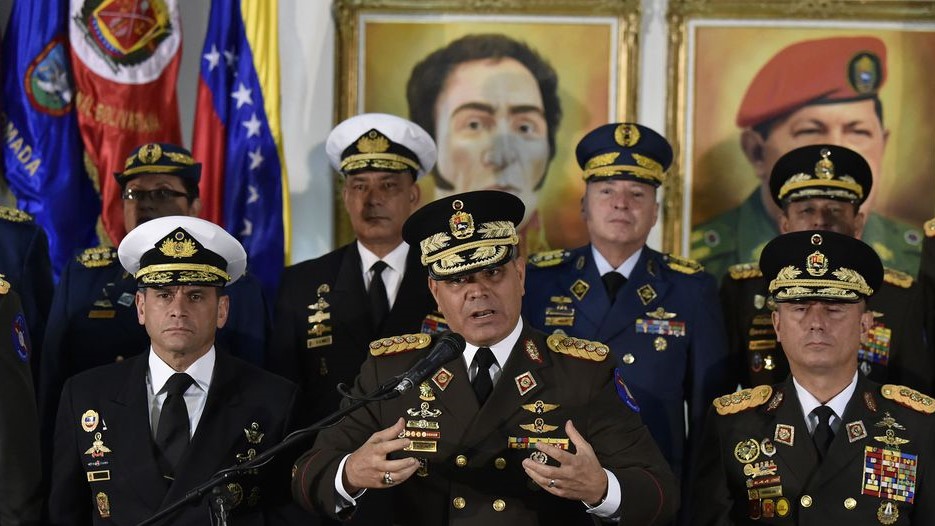 General Vladimir Padrino denounces the attack on the Gran Sabana military base in a press conference.

During the early hours of Sunday morning, December 22, a Venezuelan military base in Gran Sabana municipality in the south of the country, bordering Brazil, was attacked by a group of terrorists.

Immediately after the attack, military and police officials were deployed in the area to capture the perpetrators. The officials managed to capture six of the attackers and recovered all the stolen weapons and trucks, informed Venezuelan Defense Minister, General Vladimir Padrino.

“The FANB (National Bolivarian Armed Forces) rejects these destabilizing actions that seek to keep the people of Venezuela in a state of apprehension and remains alert to any threat that threatens our beloved homeland. We will continue to preserve the peace of the nation,” tweeted Padrino.

Vice President of Communication, Culture and Tourism, Jorge Rodriguez, also condemned the attack and assured that the remaining fugitives would be captured soon. Rodriguez denounced that these criminals were trained in paramilitary camps in Colombia and received the support of the Brazilian government of President Jair Bolsonaro.

Venezuelan Foreign minister, Jorge Arreaza, explicitly held the governments of Brazil, Colombia and Peru responsible for the attack. “From Peru, they enter through Colombia and also receive support in Brazil. It is a triangular coup strategy of governments of the Lima Group to cause violence, death and political destabilization in Venezuela. We denounce these governments to the world,” tweeted Arreaza.

“We denounce that the group of mercenaries that have sought to generate violence and that today attacked the military unit in Gran Sabana, has its base of operations in Peru. The Peruvian authorities are at least complicit, by allowing these terrorists to organize with impunity,” wrote Arreaza in another tweet.

Brazil, Colombia and Peru are members of the Lima Group. It is a group of the right-wing governments of the region and has the support of the United States, the Organization of American States (OAS) and the European Union. It was founded in 2017 in Peruvian capital, Lima, with the objective to intensify diplomatic measures against the constitutional government of President Nicolás Maduro and force his resignation.

The Colombian government, led by President Iván Duque, has been making constant attempts to threaten the peace and stability of Venezuela at its border with the country. It seems like the same policy has now been adopted by Brazilian President Bolsonaro.